E-bot7's co-founders appeared on Forbes' 30 under 30 list for 2018, having been recognised as influential technology pioneers following their work on the chatbot company 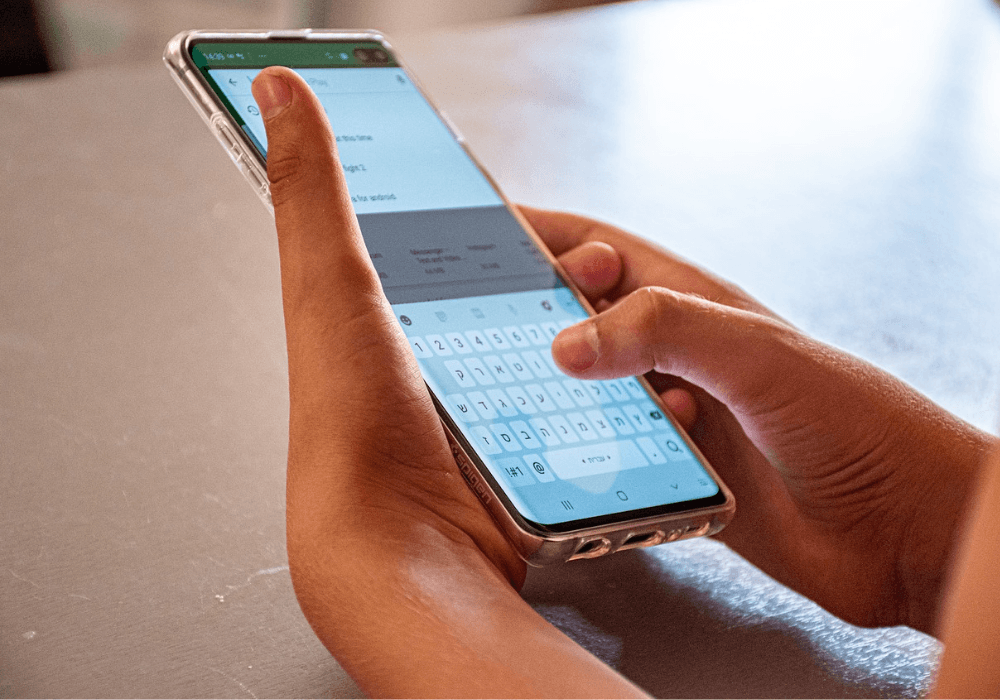 E-bot7 won the 2018 Broadband World Forum award for company of the year (credit:Pixabay/Ri_Ya)

With chatbots becoming ever-more central to the world’s consumer-facing industries, the challenge of creating a smart, trustworthy and unique interface is the top priority for companies designing such products. E-bot7’s managing director and co-founder Fabian Beringer discusses how his award-winning company is working to ensure its AI-powered chatbot technology is truly speaking our language.

Technology company e-bot7 is rapidly making a name for itself in the customer service industry, having provided major brands such as Telefonica, Siemens and Audi with its latest AI solutions for chatbots.

The award-winning German company was founded three-and-a-half years ago by a trio of childhood friends from Munich, with a goal to improve communication between clients and consumers.

Co-founders Fabian Beringer, Xaver Lehmann and Maximilian Gerer were recognised by Forbes as most influential technology pioneers in the business publisher’s ‘top 30 under 30’ list of German-speaking regions in 2018.

Earlier this month, e-bot7 was named UK start-up of the year by L Marks — a London-based start-up and tech investment fund specialising in corporate innovation.

Speaking at the Broadband World Forum in Amsterdam in October, E-bot7’s managing director and co-founder Fabian Beringer spoke about the challenges his company his faces and why its product rises above the chatter of others in the field.

Fabian Beringer on e-bot7 and what sparked the idea

Beringer explained that the company’s name arose following the founders’ love for Ian Flemming’s 007, and gave an insight into where the idea for e-bot7 came from.

He said: “So what we basically do is AI for customer service and automate a lot of enquiries, whether that is first or second level.

“In the past, we were founding start-ups and one day we were sitting somewhere and had big problems with a hotline because we waited for 30 minutes and then got kicked out.

“We got quite annoyed and thought there needs to be a solution for this, and realised that this was one of those use cases where we could really apply artificial intelligence.”

That sparked the idea for e-bot7, and it was not long before the chatbot company secured its first customer in Telefonica-owned O2.

Beringer Sid: “We worked very closely with them to develop features together and they give us a lot of input, especially to support agents on what to build.

“Then we built up the team and got a few investment rounds in and now we’ve raised around $10m in total.”

Why e-bot7 is different from other chatbots

There are a lot of companies using AI to help businesses provide good customer service to their customer base, so a big challenge for e-bot7 was making its product stand out.

“We realised quite early on that there was a big problem and that AI needs a lot of data to be trained with,” said Beringer.

“A lot of companies either don’t have this data or they have a lot of data and it’s not really structured.

“So what we said is there needs to be a way to train these systems, without having to manually spend time feeding in data.”

Beringer said: “We built a hybrid approach called agent + AI, where we train the models with data so that they come pre-trained to understand all sorts of different languages.

“We put in the companies’ specific data or the processes that needs to be solved and then set a certain confidence level like 97%, and if there’s an incoming enquiry and the system is more confident than 97% — the answer is fully automated.

“And if it falls below the confidence level, the customer service agent — a human — takes over [and says] ‘this is correct, send it’ or they can adjust it.”

Fabian Beringer on the languages of e-bot7’s system

As e-bot7 continues to expand, it is important that the technology can be used all over the world, meaning new languages have to be configured into the system.

“We now have most of the European languages in there and we also have American languages,” said Beringer.

“We haven’t really touched upon the Asian languages yet. We have Japanese, but this wasn’t a market for us for now because you have to scale with thought and not just go everywhere at the same time.

“The model has been built so we can translate very quickly from the core model into new languages within two to four weeks.

“And so that was one of our goals because we said we want to be really scalable in this, but we also didn’t want to have a Google translate sort of quality.”

When you start a company from the bottom, there are always going to be challenges to overcome, such as acquiring funding or creating partnerships.

But one of the main difficulties Beringer has found is putting a team together and adapting to having a larger pool of employees.

He said: “Scaling the company is a big step. When you start a company, you have the founders and you have a small team where you know everyone.

“And now we have a team where you know everyone but not as well as you do with the first people, so that’s one challenge of scaling up.

“You don’t want to become like a standardised corporate company, but at the same time, you need some structures because otherwise it just doesn’t work.”

The co-founder notes that another barrier to overcome is expanding into other markets, where people have alternate methods and approaches to business.

He added: “I’m a big believer in if you want to work with someone, you have to really understand how they work and not push your way in.

“For example, if you act very German in Japan and be direct — it’s not the best way make business.”

Beringer talked about the future plans for e-bot7 as it looks to take the business further afield into new markets.

He said: “Our HQ is in Munich and we have now opened an office in London and Paris.

“We are also thinking about going to the US quite soon, maybe in 2020. That would be on the east coast, so we can see what’s going on.

“I’m also one of the founders of the German AI Association, and also in France. We are trying to bring European AI further forward because there’s not enough being done in that ecosystem.

“So for us, it’s quite interesting to take it over to the US, not only because of e-bot7 but also to have a German AI company make some noise in the US.”