In order to meet carbon emissions targets, companies like British Gas must embrace green alternatives such as electric vehicles. 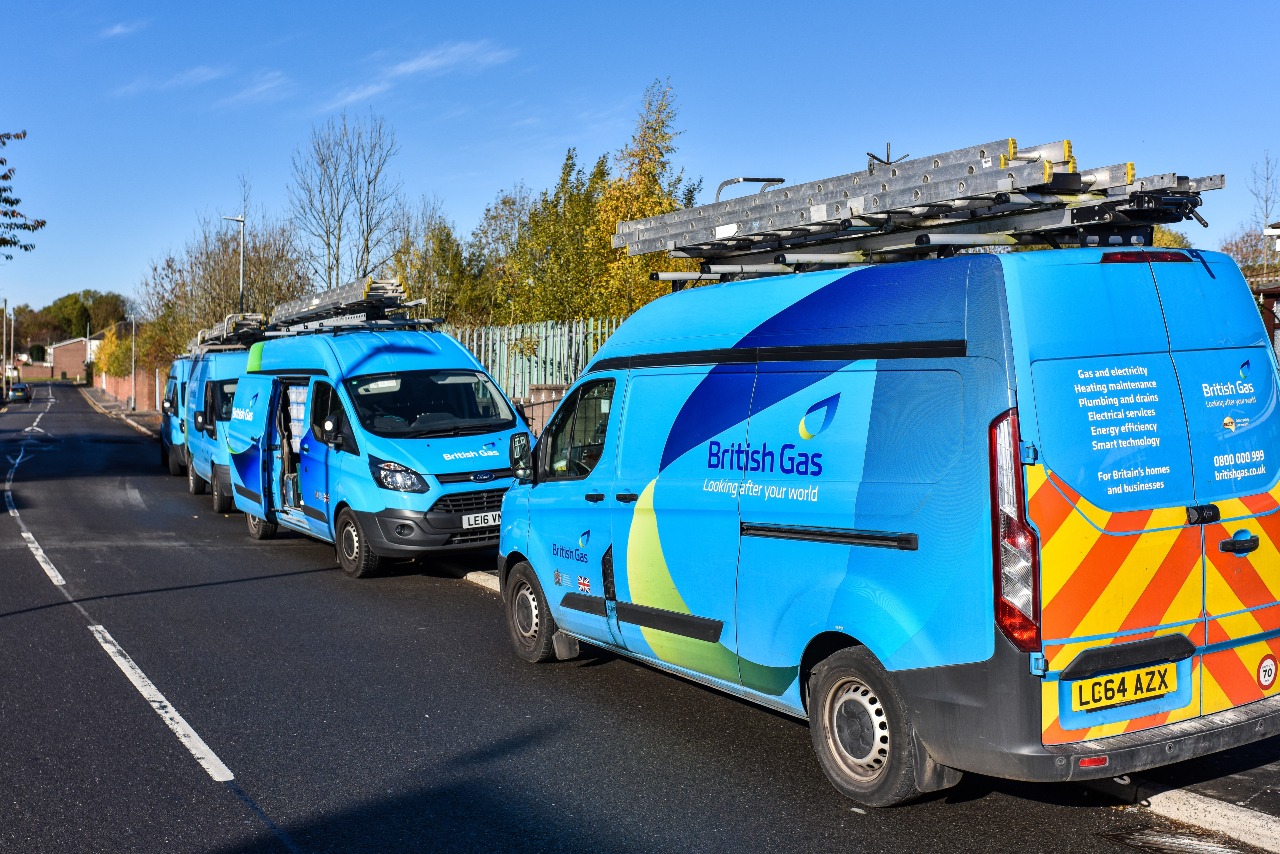 By embracing electric vehicles, companies can help both the planet and their balance books. (Credit: RMC42/Shutterstock)

With climate change at the top of the political agenda, and governments across the planet setting increasingly ambitious carbon emissions targets, the need for companies to transition from fossil fuels to green alternatives has never been greater.

Amid these broader transitions, it’s increasingly clear that company fleet operators are part of the solution too – with consequences for both the planet and company balance books. Martin Morris chats to Steve Winter, head of fleet at British Gas, to find out more.

Despite having left the EU, Britain’s need to cut carbon emissions and switch to green technology is as urgent as ever. Indeed, as the quest to switch from fossil fuels to sustainable alternatives gathers pace, commercial vehicle fleet owners and operators are at the forefront of change.

That’s nowhere truer than at the very pinnacle of the industry – with the UK’s four biggest vehicle fleet operators recently joining the chorus for a ban on sales of new internal combustion engine (ICE) vehicles.

As members of the UK Electric Fleets Coalition, these companies are a small but important part of an international, green-focused army – one that will ultimately see 4.8 million vehicles make the jump to zero emissions by 2030.

These so-called EV100 members have similarly committed themselves to rolling-out company-wide electric vehicle (EV) charging for staff and customers, which will also see charge points being deployed at over 5,000 company locations. In the UK, this translates into over 700,000 vehicles scattered across the country.

All this is reflected in the amount fleet operators are willing to spend. In the two years since the government announced a ban on the manufacture of petrol and diesel vehicles by 2035, businesses have already spent an estimated £8.2bn on EV adoption, with investment over the next two years expected to increase by 46% to £12bn.

Put another way, that means that companies like Royal Mail and Centrica – which operates British Gas – are spending an average 4.5% of their annual turnover on EV technology, with 27% of companies anticipating that at least a fifth of their vehicles will be electric by 2022.

These are significant numbers – but understandable given the range of factors pushing firms forward. From stricter government emissions targets, to pressure to operate freely in ultra-low emissions zones, as well as the lower maintenance costs of EVs, there are plenty of reasons to go green. In the short term, however, EV isn’t cheap.

Many companies commonly cite cost – in particular vehicle costs and the increased electricity bills caused by charging vehicles on company premises – as major impediments to adoption. That said, the eventual mass rollout of ever-improving technology, coupled with associated economies of scale will mean these issues are likely to diminish over time.

A great example of the direction of travel is a staple of the UK’s electricity scene: British Gas. Back in July 2020, the company made a major statement of intent when it placed an order from Vauxhall for 1,000 fully electric vans.

Known as the Vivaro-e, the deal securing the new vans was described by the manufacturer as the largest commercial order for electric vehicles in the UK to date. Factor in a subsequent order for 2,000 Vivaro-e vehicles for delivery by 2022, and EVs will eventually comprise over 30% of British Gas’s commercial fleet.

“We are also well underway to exiting all our Euro 5 vans by the end of 2021,” says Steve Winter, head of fleet at British Gas. “These will be gone and that means we will only have Euro 6 or battery electric vehicles (BEV) vans on fleet, which helps considerably when looking at CAZ (Clean Air Zone) and ULEZ (Ultra Low Emission Zone) charges.”

To understand what Winter means, you have to understand the thicket of environmental regulation he and his team have to deal with. Under existing legislation, petrol-powered vehicles are exempt from particulate matter (PM) standards through to the Euro 4 stage – but vehicles with direct injection engines are subject to a limit of 0.0045 g/km for Euro 5 and Euro 6.

This will pave the way for the eventual implementation of Euro 7 from 2025, an initiative already decried by automotive insiders as heralding the end of the internal combustion engine.

Against this backdrop, Winter and British Gas continue to plough ahead. “Over the past two years we have reduced the number of diesel van replacements as part of our move to EV only,” he explains.

“Those we have replaced have been on shorter term leases, allowing us to replace them with BEVs as they become available – this flexibility in the lease length is fundamental to achieving an efficient transition to a full EV fleet.”

As part of this transition, British Gas installers have been fitting charge points in engineers’ homes, ensuring they have easy access to clean electricity. Winter hopes that around 30% of drivers will soon be able to home charge.

The company has also launched an app to manage charging, giving drivers the reassurance that all energy used to charge their van is directly recompensed into their pay via British Gas’s systems. This is further bolstered, Winter adds, by rigorous training regimes. “We also have driver development courses to get the best out of our EVs as we have found that to get the best out of the vehicles, driver training is fundamental.”

Among other things, drivers are given video instructions on how to perform walk-around vehicle checks. Smartphone apps can also assist drivers in carrying out these checks. In theory, more efficient vehicle checking should potentially reduce downtime of the vehicle.

Meanwhile, being an early adopter of EU6 technologies has enabled British Gas to craft a detailed total cost of ownership model. Representing the purchase price of an asset plus the costs of operation, organising the numbers in advance means the electricity giant is more than ready to go green.

All this undoubtedly helps British Gas accountants – but these financial benefits are always shadowed by environmental sweeteners too. One important aspect here is the so-called circular economy.

This is where waste, via the continual use of resources through reusing, sharing, and recycling, leads to the creation of a closed-loop system – limiting resource use and waste production. As far as British Gas is concerned, the company has a supplier that recycles vehicles, thereby reducing a significant amount of downtime and reaping savings for the company.

“Any written-off vehicles are sent to a supplier where they are broken down with recyclable parts retained and made available to our accident management and maintenance teams,” Winter says.

“The effect is that if one of our vans is unfortunately involved in an incident and needs a replacement door, we can supply a recycled door in the right colour with delivery the next day and at a fraction of the cost and downtime. Clearly this is only for non-safety related items, but still saves a considerable amount.”

Mixing finances and environmentalism can be seen in other ways too. “Engineers are mapped to a repair network, mostly within a few miles of their location,” says Winter. “We also make extensive use of…collection and delivery, saving the engineer’s time.

Additionally, we have a fleet of surplus vehicles available and ready to go, thereby saving hire costs but also ensuring drivers have a fully-kitted van to use if theirs is in for some extended repairs.” It goes without saying, of course, that not needing to transport vans several miles for repairs is a balm for the planet too.

Driving down internal costs is one thing, but events beyond the company’s control always need to be factored into the equation too – not least when it comes to the issue of road safety. Collisions, for example, mean not only more downtime but also, potentially, additional costs.

Mindful of this, British Gas has a detailed risk management system in place. Covering several areas, it provides a risk score for each driver, and recommends the support they require.

The company’s Driver Risk Management system, for instance, takes data feeds from a number of sources, including licence mandates, collision history, maintenance spend on a vehicle, and fuel economy. That helps determine which drivers might need additional training – and helps cut downtime and costs.

“We work with leading organisations looking at the risk to occupational health of our drivers using the vehicle and its racking and equipment,” says Winter. “These reports have given us the knowledge to ensure the equipment is entirely safe and suitable for all drivers – minimising the risk to employees.”

A similar scheme, meanwhile, involves getting experts to report on any drivers that are experiencing issues with their vehicle or equipment, with British Gas making changes where appropriate. “Our drivers also have access to user guide videos that are accessible via a QR code in the vehicle,” says Winter, “to help easily find operational details.”

Like other organisations, of course, British Gas hasn’t avoided the impact of Covid-19 and has had to face many subsequent challenges – but for Winter, it’s a matter of adapting no matter the circumstances.

“Our suppliers have been willing to help and adapt as much as they can. We’ve had some issues with booking MOTs and services but there has always been a solution. All of our suppliers have home working capability, and, in some cases, this has improved processes.”

As a business issue, naturally, the obstacles borne by Covid-19 will hopefully fade away with time. But climate change and its long-term impact certainly won’t – so just as well British Gas has been so energetic in the battle for the planet, and is not just embracing but encouraging the move towards electric vehicles and sustainable methods of developing vehicles in future. Let’s hope other companies are just as vigilant.

The power of progressive policies at Trip.com Group

Zoho in action: CX excellence in every industry sector

Digital therapy for the CFO