Many businesses, particularly in the airline sector, are being impacted by new leasing standards and changes to the reporting process. 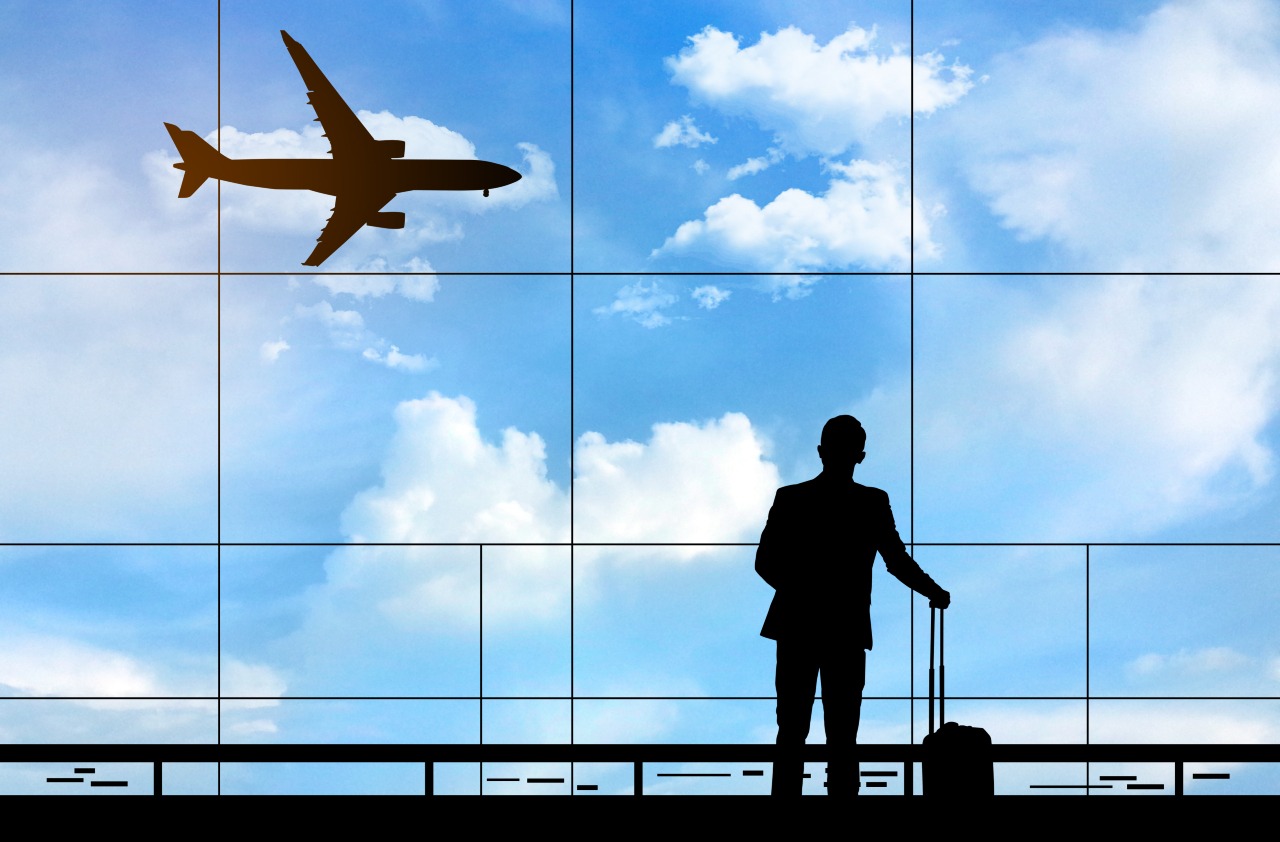 The airline industry has been heavily impacted by the introduction of IFRS 16. (Credit: Chanyanuch Wannasinlapin/Shutterstock)

The transition to the new leasing standard IFRS 16 brought challenges for many businesses – a situation complicated by the Covid-19 pandemic.

Jim Banks speaks to the International Financial Reporting Standards Foundation (IFRS) and Professor Thorsten Sellhorn from the European Accounting Association to discuss how those problems have been surmounted and how they will inform future standards.

Any change in accounting standards causes businesses to look closely at their books – and more often than not, this results in substantial changes to their reporting processes. In some cases, new standards will cause a change in how a business operates.

So it is with IFRS 16, drafted by the International Accounting Standards Board (IASB) and which, despite coming into effect over two years ago, is still having a ripple effect on all corners of the business community.

Introduced to replace IAS 17 ‘Leases’ and IFRIC 4, SIC 15 and SIC 27, the purpose of IFRS 16 is to bring previously unrecognised operating leases onto the balance sheet of lessee companies, where they are recognised as lease liabilities and right-of-use assets. Depreciation of these assets and interest expense on lease liabilities must now replace operating lease expenses in the income statement.

So what does all this mean in practical terms? Professor Thorsten Sellhorn at the European Accounting Association (EAA) explains. “The IASB is the standard setter behind IFRS and its decade-old motivation is for firms’ balance sheets and income statements to fairly represent the assets and obligations, income and expenses related to leases,” he says. “One famous quip by a former IASB chairman was that he’d love to fly in an aeroplane that is actually on the airline’s balance sheet.”

The airline sector does, indeed, provide a perfect example of a business heavily reliant on operating leases – and one that has had to closely examine the impact of so many leases being brought onto the balance sheet.

“Before IFRS 16, most aeroplanes were not on the balance sheet, as they were held under operating leases, and hence off-balance-sheet,” Sellhorn continues.

“The idea is that any lease is fundamentally a contract in which one party allows another to use an asset for an agreed time period in exchange for periodic payments. Based on this premise, lessees should present on their balance sheet the right to use the asset and their obligation to pay, as well as the amortisation of the right-of-use asset and interest expense on the liability. So, to the IASB, leases typically have a financing component.”

A transition to transparency

In other words, the overriding impetus for the introduction of IFRS 16 was to ensure that investors have an accurate view of companies’ exposures – vital for any would-be backer. “IFRS 16 was a response to concerns expressed by investors, and others, about the lack of clear information about leasing transactions when companies applied previous accounting requirements,” a spokesperson for the IFRS tells Finance Director Europe.

“Leasing is a common form of finance for many businesses, especially in sectors like the airline industry, retail, and shipping. However, under the previous requirements, the majority of leases were labelled as ‘operating leases’ and not recorded on the balance sheet, despite leases creating real liabilities.”

Previously, investors would try many different techniques to effectively add these operating leases to the balance sheet to factor in the leased asset and the resulting liability. However, these methods would often amount to little more than rough calculations that did not always provide an accurate view of the liability’s size.

“Bringing leases onto the balance sheet gives visibility and accurate information about lease assets and lease liabilities, better reflecting the economic reality,” explains the IFRS. “It also improves comparability between companies. For example, it enables an investor to compare companies that borrow money to buy their premises with companies that lease their premises.”

The IFRS has made clear that the change only applies to operating leases. There is no significant change to the key financial metrics derived from a company’s financial statements for what were once known as finance leases.

Furthermore, there are some exceptions in the application of IFRS to operating leases. In particular, low-value leases, which do not represent core assets, are exempt from the new regulations. Office space and aeroplanes must be added to the balance sheet, in other words, but a printer leased for use in the office probably does not have to be.

As the IFRS puts it: “There are many benefits to leasing that will continue to exist – reporting the leases on the balance sheet does not take that value away or change the business benefits of leasing.”

There will, of course, be some impact on key financial metrics that companies use to monitor performance. While the impact on profit before tax impact may be limited, IFRS 16 can have a significant impact on levels of operating profit and finance expenses. Indeed, as Sellhorn explains, the effect of the new rules on commonly-used financial ratios and performance metrics will be significant for many companies.

“These impacts can be profound, in particular for firms used to leasing most of their asset base, such as airlines leasing aircraft, retailers leasing stores, or logistics firms leasing trucks and warehouses,” he says.

The key question is whether these consequences, outlined by the IFRS back in 2016 when it laid out plans for the new standard, is changing how companies view the benefits of leasing compared to purchasing assets. Some felt it would encourage companies to buy assets rather than lease them, though there was no consensus.

“Although it was claimed by firms that IFRS 16 was going to have that effect, there is no evidence that the IASB positively intended it,” Sellhorn remarks.

“However, the IASB does feel that prior lessee accounting for most operating leases misrepresented economic reality, which might have contributed to a situation where more leasing was used than is economically efficient. If IFRS 16 should change that equilibrium, in terms of leasing being used less, the IASB will probably not lose sleep over it.”

Two years have passed since IFRS 16 took effect and the second of those years, 2020, has been hugely disruptive for many businesses. The Covid-19 pandemic hit revenue in many sectors, of course. But in the context of leasing standards, it has also had a direct impact on the ability of lessees to pay their costs.

No wonder many governments acted swiftly to implement rent moratoria and similar measures to limit the financial impact of the pandemic on businesses and individuals. In many cases, lessor firms are granting rent concessions to their tenants and lessees – which are usually costly to account for, requiring a reassessment of the whole lease contract.

To its credit, the IASB acted quickly to amend IFRS 16 with a practical expedient to accommodate pandemic-related issues around rent concessions, for instance publishing educational material on what key stakeholders needed to know.

“The IASB does feel that prior lessee accounting for most operating leases misrepresented economic reality, which might have contributed to a situation where more leasing was used than is economically efficient.”

In May 2020, meanwhile, the board issued an amendment to IFRS 16, making it easier for lessees to account for Covid-19-related rent concessions, such as rent holidays and temporary rent reductions.

Currently, the IASB is looking at extending the period for which this amendment applies, depending on how well the spread of the pandemic is controlled and whether the impact of vaccines accelerates a return to normality for the economy.

The IASB has shown both its desire to fully prepare the business community for new standards, and its ability to respond rapidly to events when companies need help complying. While it is not the role of the IASB or the IFRS Foundation to monitor compliance, their clear communication and quick action has certainly helped businesses adopt the new standard.

“One important lesson is that the earlier a company starts preparing to implement a new standard, the better,” the IFRS tells Finance Director Europe. “So, from before IFRS 16 was issued, the board encouraged companies to start their implementation projects early. Evidence we are aware of shows that companies have managed to implement the new requirements, as we gave ample time – and a choice of different options –
to companies applying IFRS 16 for the first time.”

Broadly, IFRS 16 has been implemented with minimal problems, though for some businesses the task can still be onerous.“I see that firms, especially those with a large number of operating leases, are struggling to capture all of these lease contracts in machine-readable form within their enterprise resource planning (ERP) systems,” notes Sellhorn.

“Some firms have experimented with automated AI textual analysis tools offered by accounting firms and other service providers, but the performance of these systems has been somewhat disappointing. As a result, there is still a lot of repetitive manual work involved in lease accounting.”

Following the largely successful roll-out of IFRS 16 through testing times, eyes are now turning towards IFRS 17. This will bring about a big shake-up for insurance companies, which will be required to adopt a new model – one in which insurance liabilities are measured at a current fulfilment value, and which includes more uniform measurements for all insurance contracts. With so many jurisdictions adopting these new regulations, the impact of the new model will be felt across the board.

The move reflects the IASB’s long-held aim to achieve a consistent, principle-based accounting methodology for insurance contracts. Recognising its profound impact on the industry, meanwhile, the IFRS has again given ample time for feedback and preparation. The new standard was issued back in 2017 and has an effective start date of 1 January 2023.

Running like a thread through its formulation, release and implementation of new standards, in short, is the willingness of the IFRS to consult, review and respond to market changes. The success of IFRS 16, and the amendments made in light of Covid, both bode well for the future