Focus on why airports are choosing to be more green and how partnerships with regulators might push more sustainability in future. 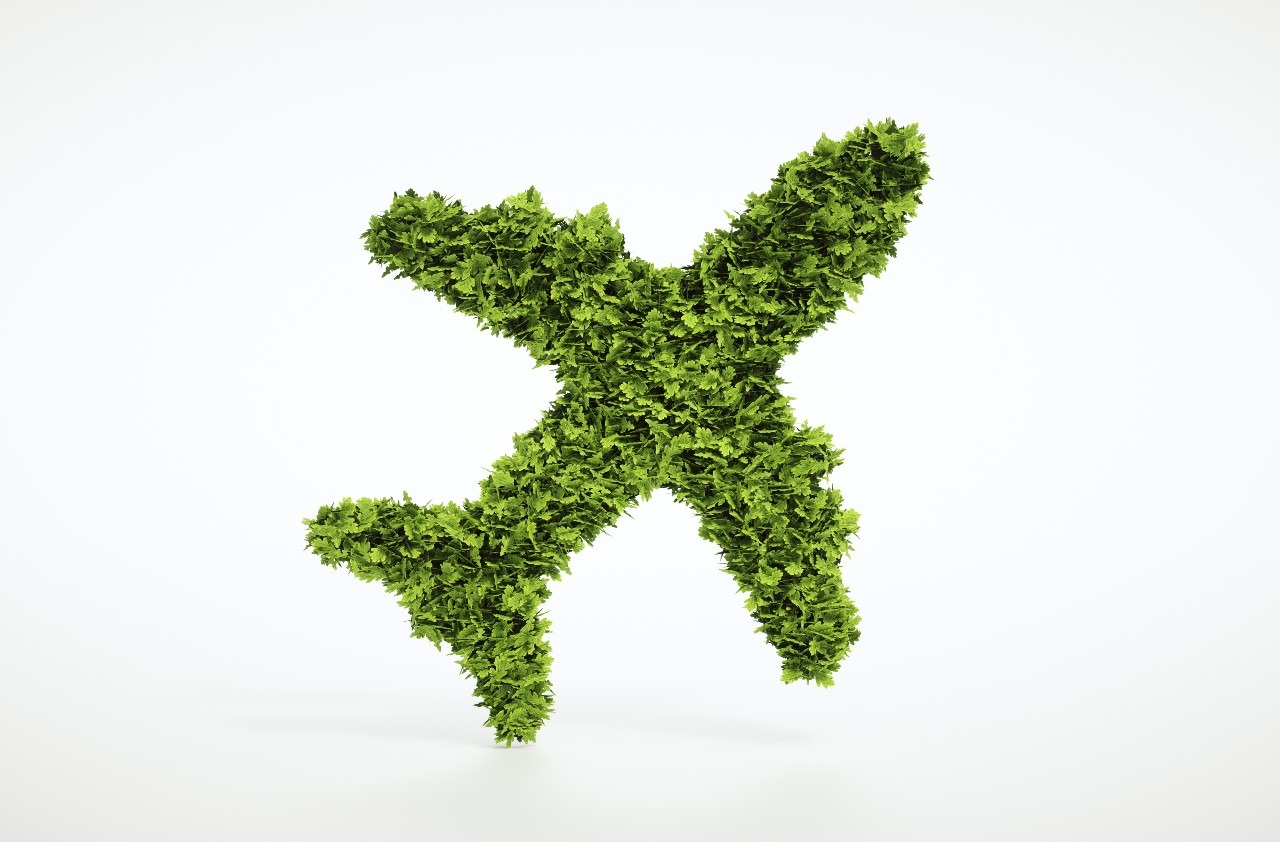 As one of its green initiatives, Edmonton International Airport is looking into shielding beehives behind its solar panels. (Credit: petrmalinak/Shutterstock.com)

Aviation has never been a bastion of environmental sustainability. But with rising temperatures, combined with greater social and political pressure, airports the world over are increasingly showing just how sustainable they can be. Andrea Valentino talks to Myron Keehn, vice-president of air service and business development at Edmonton International Airport, and Vincent Harrison, managing director at Dublin Airport, about why their organisations are choosing to go green, how new initiatives can both boost the planet and bank accounts, and how partnership with regulators might push even more sustainability going forward.

If someone was asked to list the great moments in aviation history, what would they include? The Wright Brothers, of course, and Lindbergh’s solo trip across the Atlantic 24 years later. What else? Maybe the first supersonic journey, somewhere over the Mojave Desert, in 1947.

Or the first Concorde flight, in 1973, which carried passengers from France to the US in just three hours. Or how about more recent miracles of aviation, like the first non-stop solo flight around the world without refuelling, in 2005? Or even the 2011 invention of the world’s first flying car?

From the beginning, at any rate, air travel has been predicated on speed, innovation and ambition – often without enough consideration over the environmental impact. But with climate change increasingly on the lips of policymakers and aviation now accounting for around 2.5% of global carbon emissions, according to an article in the New York Times, there is increasing pressure on the industry to adapt.

Of course, part of that shift is happening inside aircraft themselves, with sustainable biofuel and clever aerodynamics both making themselves felt. More than that, though, is the work done on the ground – where officials from Ireland to the Canadian heartland are showing just how innovative and environmentally friendly airports can be.

Not that the road to a green future is necessarily easy. Between tricky new technology and high overheads, it takes courage and determination to go clean among the runways. All the same, the effort is absolutely worthwhile.

Apart from achieving its fundamental aim – making aviation less concrete-grey and more forest-green – these projects provide immense value to both passengers and the airports themselves. And who knows – perhaps they even herald a world where nature can flourish between the asphalt, even as eco-friendly aircraft take off around them?

Airports have a role to play to be sustainable

Between wildfires, droughts and animal extinctions, Alberta is the kind of place that, if you’re feeling pessimistic, can help you imagine the kind of climactic nightmare everyone will be living with eventually.

That’s before even considering the region’s immensely polluting oil and gas industry, which – to quote a 2018 Science journal report – is the fourth dirtiest on earth, behind such luminaries as Algeria, Venezuela and Cameroon.

And that’s doubly true when one examines the province’s capital. Set amid the wheat fields and cattle farms in the centre of the province, Edmonton was recently described as “one of the worst per-capita carbon emitters in Canada”.

To put it another way, Alberta and Edmonton are not necessarily spots one would expect to uncover a green revolution. Yet, go to Edmonton International, down the Queen Elizabeth Highway south of the city, and that’s just what one would find.

For about a decade, airport administrators have been promoting an avalanche of environmental tweaks, from revamping terminals with recycled materials to installing sustainable water systems.

One of the most ambitious recent projects, meanwhile, is a new solar farm. Announced in 2020, it promises to be as large as 313 football pitches – and one day provide electricity for perhaps 28,000 homes.

As Myron Keehn, vice-president of air service and business development at Edmonton International Airport (EIA) says, this is partly a matter of space. “We’re the largest major land mass airport in Canada, over 7,000 acres of land,” explains Keehn. “That’s small compared to Denver and Dallas, but still very large [for] Canada.”

Listen to Keehn speak, however, and it becomes clear that Edmonton’s green push is down to more than simply real estate. He suggests it’s now more “socially required” for airports to show their environmental chops, and that’s even before you consider the increasingly stringent legal obligations.

A good example of this trend is the Impact Assessment Act (IAA), recently passed by the federal government in Ottawa. Among other things, it mandates that various environmental factors must now determine a project’s viability if it falls on federal land – including its impact on animals and plants.

Nor is this a purely Canadian phenomenon. Across the Atlantic, Vincent Harrison paints a similar picture in Ireland. “Climate change is one of the greatest challenges of our time,” emphasises Harrison, managing director at Dublin Airport.

“We recognise that the aviation industry has a significant role to play and that, while we have done a lot in this area, we must do more to reduce our impact on our surrounding environment.”

And just like Keehn, meanwhile, Harrison also describes the pressures of new agreements and regulations on his airport’s environmental work. For instance, a deal with Sustainable Energy Association of Ireland (SEAI) committed it to a 33% energy efficiency improvement – a target it smashed.

These commitments to environmentalism are great in theory. But how does one get a project as ambitious as Edmonton’s solar farm from the boardroom to the airfield? One piece of the puzzle, suggests Keehn, is partnership.

The Canadians aren’t building the farm themselves, after all, but are instead partnering with Alpin Sun, a German renewable energy company. “We were chatting with different companies and were able to partner with Alpin Sun – after spending some time developing the relationship,” Keehn explains.

Other partnerships are proving just as fruitful. Earlier this year, for instance, a Chinese solar LED manufacturer announced it was setting up shop at Airport City, EIA’s new commercial hub. Instinctively, this focus on outside support makes sense.

When running an airport like Edmonton – which deals with 8.2 million passengers each year – bringing in experts to deal with the environment is probably the only way to get results. Certainly, Harrison and his team in Dublin have followed the same path.

Working with the Electricity Supply Board, Ireland’s biggest energy supplier, it built 268 solar panels on top of the airport’s reservoir system. As Harrison notes, these panels provide over half of the reservoir’s annual energy requirements.

“The reservoir project provided an opportunity for the business to gain corporate and technical knowledge of solar photovoltaic (PV) at airports that would be required into the future.”

Solar farms are clearly a popular way of cutting aviation’s carbon footprint. Apart from Edmonton and Dublin, airports as varied as Cochin, India; Orlando, Florida; and Chattanooga, Tennessee, are all jumping aboard too.

Not that airports seem content to stop there. Rather, they’re ingeniously combining big solar panel projects with other green initiatives. Once again, Keehn and Edmonton are an excellent example.

For one thing, their solar panels are bifacial, meaning they can absorb light both from the sun above and from reflected snow underfoot – this is Canada after all. For another, Keehn notes that his team is in touch with an apiary, with the ultimate idea of shielding beehives under the panels.

Nor would Edmonton be the first airport to do so. In Dublin, Harrison describes his own beekeeping project – the fruits of which can now be enjoyed in the airport’s executive lounges.

It’s fun to imagine bucolic beehives huddled under the flight paths of transatlantic jets. But as that last point implies, there is a financial aspect to this do-goodery too.

Put it like this: every ounce of honey made by Dublin Airport’s 250,000 bees is an ounce that doesn’t have to be sourced from elsewhere, ultimately helping the bottom line.

The same is true, of course, of larger projects too. Dublin’s solar panels certainly help the environment – but they also save on utility costs, especially after a planned 2.5MWh battery storage unit is installed. Not that Dublin is alone, either.

Keehn, for his part, says that his airport’s raft of environmental measures make fiscal and economic sense, while Heathrow and Atlanta are just two of the major international hubs making similar noises.

The future of airport sustainability

With temperature rises showing no sign of slowing, what do the experts see for the future of airport sustainability? For Keehn, the direction of travel is clear.

With solar panels now flanking Edmonton’s runways, his team have expanded their efforts to other corners of the airport. Among other things, that means offering discounted fees to cabbies who fill their taxis with sustainable petrol.

And as that initiative implies, says Keehn, change is being prodded along in dollars and cents. “I think it comes down to an operating principle from a business perspective.”

In Dublin, Harrison agrees. “Sustainability is,” he suggests, “a key part of our strategic pillars to grow our business.”

At the same time, it seems clear that regulators will keep applying pressure on airports to keep moving forward. In the US, the Federal Aviation Authority now talks of “integrating sustainability into airport planning” and has encouraged airports from Utah to Maine to develop detailed environmental schemes.

Never slackers on the environmental front, officials in Europe are breaking similar ground. Announced in late 2020, the European Commission’s new ‘Sustainable and Smart Mobility Strategy’ expects the continent’s aviation industry to be carbon neutral by 2050.

Between deploying low-carbon fuels, lending to sustainable projects and exploiting smart traffic management systems, that certainly seems achievable. So who knows – perhaps the next great milestone in aviation will come not from an aircraft or a pilot, but from the environmental impact of their earthbound partners?

This article first appeared in Future Airport Vol. 1 2021. The full publication can be viewed online here.