The Covid-19 pandemic had a big impact on leasing, prompting the International Accounting Standards Board to take swift action to amend IFRS Standards 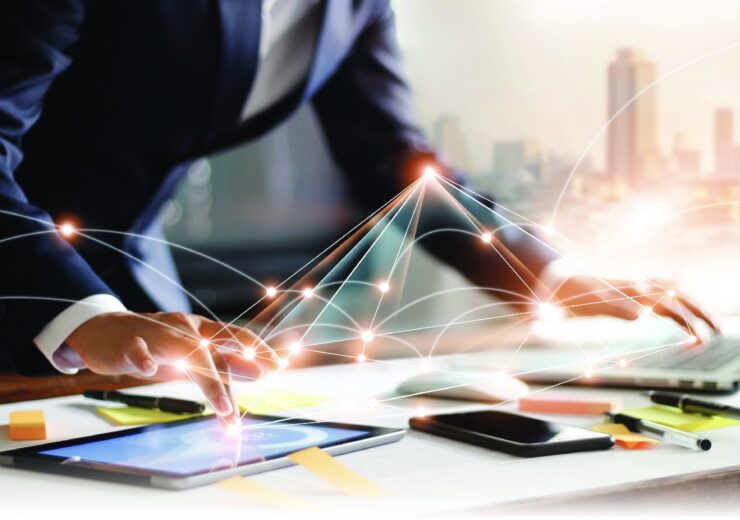 IASB was quick to respond to the pandemic's effect on leases, with an amendement to IFRS 16 just two months later. (Credit: PopTika/Shutterstock.com)

In the four years since it was first announced, IFRS 16 has not only made businesses think differently about lease accounting, but it has also had to respond to changing market conditions. More recently, the Covid-19 pandemic has hit the heart of lease income and structural changes in the market have made new amendments to the IFRS Standards unavoidable. Finance Director Europe writer Justin Moore talks to International Accounting Standards Board chair Hans Hoogevorst and vice-chair Sue Lloyd about how the organisation has been getting up to speed with the changes.

Since IFRS 16 was issued in 2016, there has been a constant exchange of information between the International Accounting Standards Board (IASB) and companies affected by the new lease accounting regulation. Thanks to this dialogue, the issuance of guidance on the implementation of the new standard and the IASB’s willingness to respond to queries, progress towards implementation was swift.

Slated to take effect in January 2019, IFRS 16 has impacted almost every company that uses rentals or leasing to access assets. Though there were exceptions for short-term and low-value leases, the vast majority of contracts would now have to be brought onto the balance sheet.

The standard specified how an IFRS reporter would need to recognise, measure, present and disclose leases, and it provided a single-lessee accounting model that would require them to recognise assets and liabilities for all leases – unless the term was 12 months or less or the leased asset had a low value. The implication was that lessees would require significantly more data around their leases than ever before.

Progress towards adoption was impressive. The majority of businesses that were required to make a change had made an effort to understand the new standards and adapt their accounting processes. Then Covid-19 happened.

The pandemic posed challenges for businesses that most had never had to face in the past, and the same could be said for regulators and accounting standards boards. For the IASB, which was in the process of helping companies to adapt to IFRS 16, the pandemic’s effect on leases was a problem that required a rapid solution.

National governments responded in similar ways to the emergence and rapid spread of Covid-19. Some introduced swift lockdowns, forcing populations to stay at home for extended periods – measures that were renewed by a number of governments later on in 2020 following another surge in cases. Countries also mandated rent concessions in the form of payment holidays or the deferral of lease payments.

In both cases, lease income was affected – either by the inability of lessees to pay or by a removal of the obligation to pay. As a result, businesses adapting to IFRS 16 understandably had questions about what compliance with the new standard would mean in such extreme circumstances.

The IASB was quick to respond. In May, just two months after the pandemic was first declared, it published an amendment to IFRS 16. The amendment exempted lessees from having to take into account individual lease contracts when determining whether rent concessions directly caused by Covid-19 should be classed as lease modifications.

This was crucial, given the fact that some businesses have a vast number of leases on their books.

“We had a relatively new standard that people were trying to implement to bring leases onto the balance sheet, so when Covid happened people had to stop and take account of the rent holidays granted by lessors,” observed Sue Lloyd, vice-chair of the IASB, when asked about the changes.

“Some companies had hundreds or thousands of lease contracts,” she adds. “Before lockdown, the implementation of IFRS 16 was well under way and we had good disclosures coming out to explain the changes in accounting to the market. Then we had to respond at lightning speed.”

IFRS 16 specifies how lessees should account for changes in lease payments, including concessions. Applying those rules to a large volume of leases that could potentially be affected by the pandemic was rightly considered a complex task.

It would involve such a high volume of work that it would not be practical – particularly at a time when stakeholders themselves were dealing with the day-to-day challenges caused by a shutdown of large parts of the economy and potentially severe risks to health. The optional exemption put forward by IASB provided some much-needed relief for lessees, while still supporting a flow of important data to the market.

“The amendment is designed to make it easier for lessees, especially those with a lot of lease contracts, to account for Covid-19-related rent concessions while still providing useful information for investors,” said IASB chair Hans Hoogervorst when the announcement was made.

The amendment, which did not have any direct impact on lessors, was also introduced far more rapidly than might usually be expected from a standard-setting body.

“We were able to come out quickly and provide an approach that was well received,” Lloyd noted. “We focused on Covid-related rent holidays, which was a specific issue that we could zoom in on. If there are changes to a lease rather than a lease modification, then the requirements are clear, such as reflecting the reduction of rent in the P&L straight away, so there is an economic benefit of not paying rent.

“So, we didn’t need to write how to do the accounting,” she says. “We just needed to direct people to the relevant paragraph, so there was no need for a new standard. All we needed was confirmation that we had applied the changes to the right population of contracts. Even so, it was unusual to make a change so quickly. It took only 14 days, when the default period is normally 120 days.”

Six months on from the IASB amendment, it has proved prescient to extend the changes to the end of June 2021. The pandemic still has a firm grip in many countries and, though healthcare solutions may be in the offing, it will take time to roll out an immunisation programme.

“Investors did not want the relief to apply forever,” noted Lloyd at the time. “So, we pushed the date out. Some stakeholders said that the end of 2020 would be too early, as some changes affected leases that are active until June the following year, which is why we chose that date.”

The IASB’s response to the initial surge of Covid-19 is still effective, though further consultation may be necessary in the future.

The process of consultation and an emphasis on communication have been hallmarks of the IASB’s approach to IFRS 16 and other standards. The organisation continues in that vein, given that structural changes to the market have an effect on how standards are applied.

The IASB has shown itself to be willing to reconsider timelines for proposed changes, in light of the impact of Covid-19, though it has also pressed ahead with other time-sensitive projects. These include the ongoing interbank offered rate (Ibor) reform and amendments to IFRS 17, which focuses on insurance contracts.

Interest rate benchmark reform, which brings changes to Ibor, will have an impact on IFRS 16. Recent market developments have raised questions about the long-term viability of benchmarks such as Libor, Euribor and Tibor as indicators of the cost of obtaining unsecured funding.

In August 2020, the IASB issued amendments to complement those from 2019, which focus on the effects of such reforms on companies’ financial statements when the benchmark used to calculate interest on a financial asset is replaced with an alternative, risk-free rate.

The aim is to provide a practical expedient for updating the effective interest rate. As with the IASB’s Covid-related efforts, the emergence of a successful modification is the result of a willingness to listen to the concerns of all interested parties.

“We always have a lot of communication with the market because we need to understand what questions people have,” believes Lloyd. “We communicate with regulators, auditors, accounting standards boards and the world, and we have shown that we were listening.”