Dr Nicolas Peter, CFO at BMW, explains how the company has remained resilient during the pandemic, and why green technology is at the heart of its plans moving forward. 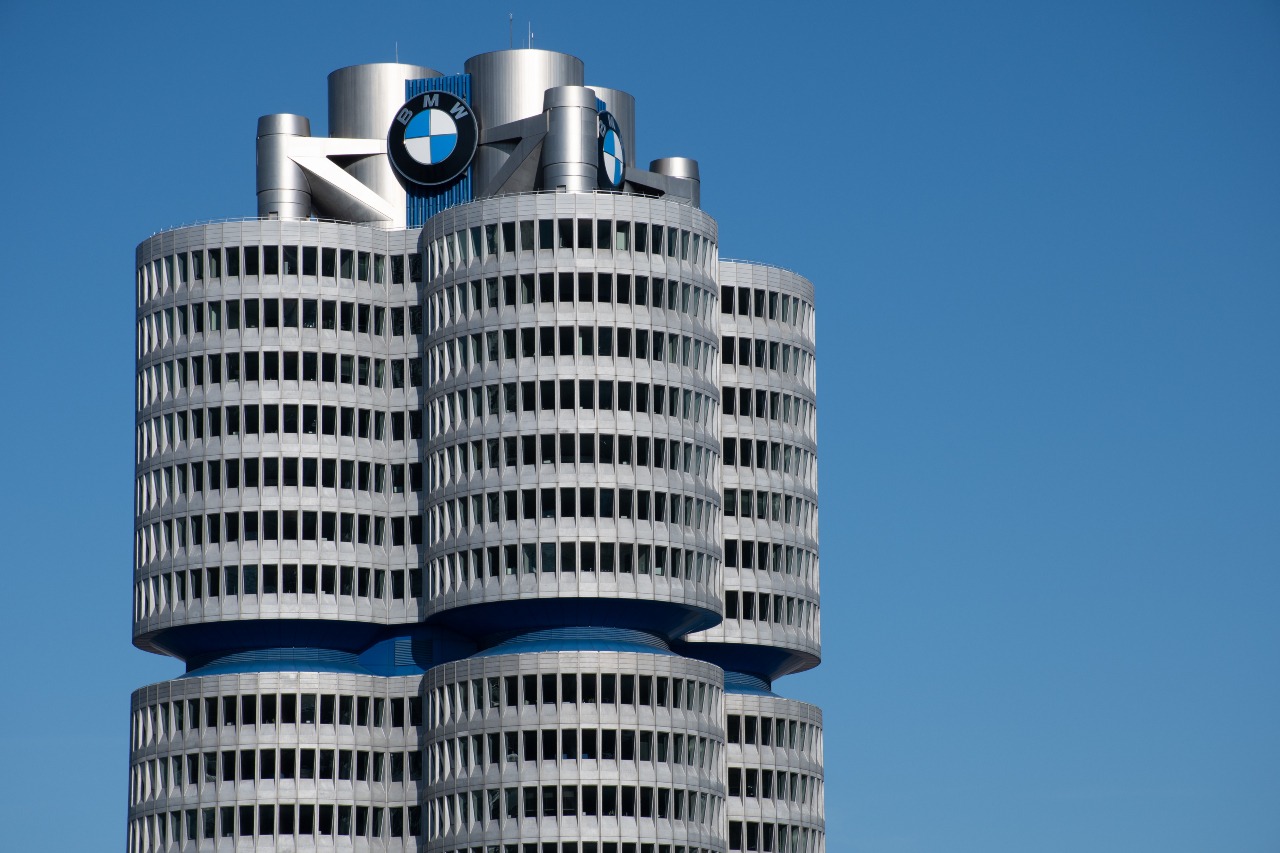 BMW has proved its resilience during the pandemic, making sustainable changes along the way. (Credit: Anne Czichos)

BMW is one of the most distinguished car manufacturers on earth, but it would be wrong to think that it’s sticking to cruise control. Instead, it’s using the dramas of the past year to push fundamental changes to its operations, from how it sells cars to how it organises data.

Andrea Valentino talks to Dr Nicolas Peter, BMW’s CFO, about how his team battled to go remote during the pandemic, how green technology is crucial to helping both the planet and the company’s balance sheet – and how digitalisation and training can help BMW stay ahead of the pack for years to come.

If you want to understand the story of Germany through the terrors and triumphs of the twentieth century, you should turn your gaze to its great companies – to Bosch and Siemens and Porsche. And, of course, to BMW.

From its headquarters in Munich, Bayerische Motoren Werke AG has been witness to decades of turbulent history. In the First World War, its predecessor made aircraft engines, powering the Folkers that wobbled and coughed above the trenches.

In World War II, meanwhile, it helped the war effort again. And since 1945, BMW has hugged the fortunes of its country like a blanket, from foreign occupation to economic miracle and, finally, to reunification.

To put it another way, BMW has seen a lot. And yet the challenges of the past 18 months are surely among the toughest the company has ever faced. Consider the statistics. With dealerships closed and consumers wary to buy, BMW’s sales slumped by 8.4% in 2020. That naturally dug into the company’s profits.

Last year, its pre-tax profits were €5.2bn (£4.4bn) – or nearly 27% down from 2019. And beyond the raw statistics, it goes without saying that there have been the same struggles of companies the world over, from remote work to meetings on Zoom.

Yet as lockdowns ease, and the world gets on the road again – figuratively or otherwise – BMW still looks in remarkably sharp shape. For though many of its 2020 numbers were obviously disappointing, BMW has quickly rebounded.

By November, for instance, the company’s share price had already recovered much of the ground lost since Covid-19 began, giving it an impressive market cap of around €43bn (£37bn). Nor is BMW stopping there.

The company’s executives have ambitious plans for the months and years to come, with everything from sales on the slate for change – with potentially revolutionary consequences for BMW’s staff and customers.

Change is in the air

If you had to pick a single BMW executive to give you a sense of the company’s present and future, you could do worse than tap Dr Nicolas Peter.

A three-decade veteran at BMW, he began his career in the finance department, before becoming the group leader in corporate finance, and then the head of sales steering, process development and IT. That dovetails with wide experience at BMW offices across Europe. Over the years, Peter has worked everywhere from Belgium to Sweden to France.

With such a robust grounding in the firm and its processes, then, it’s probably unsurprising that Peter rose even further – in 2017 becoming a member of the company’s board of management and CFO.

With so many notches on his professional bedpost, it’s perhaps natural that Peter would first be drawn, when reflecting on his 30 years at the heart of BMW, at just how much has changed – especially in the wake of the last year. “There has always been change in our industry, that is a part of it,” he says.

“Overall, however, our business has become more complex, and this requires a deeper knowledge and flexibility. The pandemic has accelerated this process of change. The BMW Group is continuously learning and developing, and this is one of the key aspects that has made us successful throughout our over 100 year history. It’s also what we expect from our employees at all levels: the willingness to be flexible, agile and to expand one’s scope.”

In a sense, of course, that’s true for all companies, big and small. But even so, BMW’s successful pivot during the pandemic is still impressive. Thanks to a monumental effort by the company’s IT department, 75,000 employees around the world got the infrastructure they needed to work remotely.

All this was bolstered by an even more sweeping shift, with BMW establishing a number of Covid-19 “task forces” to monitor events on the ground. Among other things, these groups covered employee health, the supply of markets, and the reduction of supply stocks, and met first on a daily then a weekly basis.

Even a cursory look at BMW’s figures suggest that all this effort paid off – and that €43bn market cap is just the start. By September 2020, for instance, pre-tax profits had risen 9.6% compared with the same period in 2019.

That’s shadowed by an 8.6% increase in car deliveries, to over 675,000. Yet as Peter explains, these successes were down to much more than getting to grips with a planet in lockdown.

“Our strong credit rating enabled us to secure our liquidity and maintain good access to the capital market on the one hand, while finding efficiencies, reducing costs, safeguarding earnings and protecting our free cash flow on the other.”

All the same, Peter is keen to emphasise that these savings weren’t made “at the expense” of BMW’s long-term plans, but rather to help push them forward. As he puts it: “We have not postponed anything.”

Get the wheel rolling

Spend a few minutes on BMW’s website and you’ll probably come across a simple, forthright slogan: no premium without responsibility. It’s certainly a catchy line – but hardly unique in the slick corporate world of multinationals. Jump into the details, however, and you begin to think that the company’s sustainability plans really are special.

That begins with how BMW reports its environmental progress. Earlier this year, for the first time ever, it combined its financial and sustainability reports into a single document – heralding a world where sales and growth are inseparable from the good of the planet.

“As a premium manufacturer, we really want to set a good example for the industry and take responsibility,” explains Peter. “The report will immediately make our targets and actions transparent, traceable and measurable – year after year.”

Nor has the Bavarian conglomerate stopped there. As Peter highlights again and again, the pandemic may have been a bump in the road – but it never stopped BMW’s long trek towards environmental transformation.

“The BMW Group is expanding its competitive advantage,” he explains, “in the current, far-reaching transformation of the entire automotive industry.” That begins, appropriately enough, with the cars themselves. Both the BMW iX and BMW i4 models are being made greener, while the company also hopes to have around 12 all-electric models on the road by 2023 (part of a broader field known as e-mobility).

By 2030, meanwhile, Peter expects 50% of BMW’s global sales will consist of all-electric vehicles. The company is also looking to cut resource consumption before its cars reach the dealership. By using predictive maintenance on production lines, for example, it has cut the number of vehicle parts being scrapped.

At the same time, BMW is also investing in a number of green energy projects. At its plant in Leipzig, in eastern Germany, wind turbines produce 26,000 MWh of electricity. In South Africa, another factory is partly run on biogas – courtesy of methane from 25,000 cows.

All this is obviously good news in the fight against climate disaster. Yet as Peter’s allusions to competitive advantage and global sales imply, this green pivot is also crucial for BMW’s financial future, once again explaining why the CFO was so keen to move forward even as the pandemic raged. Look at the numbers and these aggressive tactics make sense.

With the global electric vehicle market set to jump by 40.7% between 2020 and 2027, getting in early is a business no-brainer. Not that BMW’s growth strategy is limited to wind turbines and farting cows.

On the contrary, Peter and his team are pushing new technology across the company, with digitalisation probably one of the most striking areas of change.

Take sales, where staff at BMW dealerships in over 60 markets can now advise punters remotely, giving virtual tours of new cars and helping customers configure their vehicles at the click of a button.

A similar tweak was applied to BMW’s sales partners, meaning, as Peter explains, that customers will ultimately be able to buy their dream car online – then get it delivered directly to their door.

The same principles are being applied to BMW’s internal workings. “There is an enormous complexity inherent to financial data,” says Peter. “Throughout the company, and particularly in the finance division, digitalisation is an important and ongoing process. That means that we continuously implement new digital tools that help us to handle this complexity more efficiently.”

To explain what he means, Peter takes the example of BMW’s financial reporting, which is now seamlessly handled by a real-time monitoring system.

From there, the CFO continues, data and automation have burrowed into every facet of the company’s operations. Data analysis is particularly important here, with BMW now able to easily track the “take-rate” of particular car features – which can in turn inform designers’ future priorities.

Guiding a global company through one of the most dramatic moments in its history might not leave much time for personal reflection. Yet amid lockdowns and economic thunderstorms, Peter is still eager to reflect on how important his long career at BMW was to his current, frantic tenure as CFO.

“From a personal point of view, to deal with this complexity, it is helpful to have worked in different divisions of the company and to have developed a broader skill set,” he explains.

“Throughout my various functions over the last 30 years, I have come to fully understand key facets of our company and business – internal financial steering, individual market dynamics, customer interfaces and sales volume planning and financing.”

It’s unsurprising, too, that Peter emphasises how important diverse experiences are across BMW’s management team. Executives are encouraged to change their role every three to five years, and similar rules are in place for managers too. “Having a broad network and knowing the company from various perspectives,” Peter suggests, “is crucial.”

This same spirit is being applied to BMW’s wider team. Eager to accompany every employee on the “journey” towards a greener digital future, Peter is promoting training for every single one of BMW’s 120,000 employees, with one in three now drilled in e-mobility. It comes as no surprise that 2021 brings more of the same.

Over the course of this year, BMW plans to train 75,000 of its German staff in future technologies – covering everything from e-mobility to data and analytics.

“Change is our constant companion – and it is important to embrace it and to reap the inherent opportunities,” says Peter. “That is my personal motto, even more so in the years to come.”

A good line, and perfectly fitting for a global company like BMW. Having survived the upheavals of Germany’s twentieth century, BMW seems fit to attack the challenges of our own time just as vigorously.