Why AI robots may not be the future of home delivery, just yet

Delivery robots offer new ways for time-poor consumers to get goods delivered to their front door, but will it have an impact on purchasing habits? 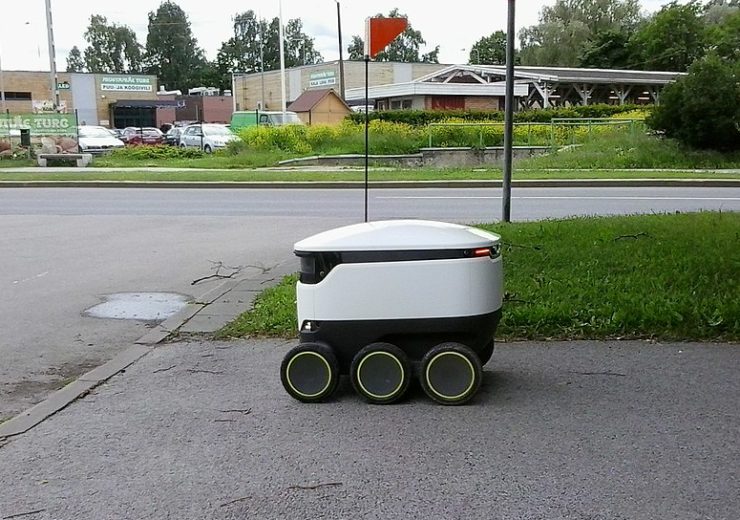 Although fully autonomous passenger vehicles are yet to get the green light, residents in one UK town and students at several US university campuses have been given a taste of the future through the introduction of AI delivery robots.

Starship Technologies, one of the leaders in the field, launched its six-wheeled robot delivery service on local streets in Milton Keynes in 2018.

Residents are now used to seeing to the two-foot robots passing them in streets, laden with groceries from Co-op and Tesco.

Students in Northern Arizona University, George Mason University and the University of Pittsburgh can enjoy an automated pizza delivery dropping the fast food at their door within 15 minutes of ordering.

She said: “AI technology will remove the chore of having to go to the shops for urgent supplies, which will attract time-pressed consumers.

“But despite the prompt delivery, it is unlikely that robots will replace traditional consumer purchasing and delivering habits due to a number of restrictions.”

Current delivery robots, such as the ones produced by Starship Technologies, remain in the early stages of testing and have faced a number of challenges when released into the real world.

Inglis added: “The robot is only available for small deliveries within a specific location as they struggle in unfavourable weather and find it difficult to manoeuvre past obstacles such as bollards.”

These issues could be exacerbated when the technology is rolled out to more rural areas or busy high streets.

“While the up-to-date road and pavement conditions in Milton Keynes make it ideal to undergo testing for this next step in delivery automation, retailers should have little to fear.

“It would be difficult to test the robots in larger cities such as Manchester. Additionally, its size and slow velocity does not have the capacity to touch the value that the likes of Amazon’s delivery methods offer.”

The number of items that the robots are able to deliver could also impact the technology’s popularity with consumers, with hot drinks and age-restricted items, such as alcohol, proving difficult to safely deliver without a human present.

Inglis believes that this could “weaken consumer confidence” when choosing an autonomous robot as the method of delivery at the checkout page.

Safety concerns surrounding the use of Starship Technologies’ robot delivery service were highlighted by a recent incident at Pittsburgh University.

Fifth-year student and wheelchair-user Emily Ackerman reported that, when crossing the road, she had been blocked from using the curb ramp to get onto the pavement by one of Starship’s robots.

The robots wait to at the side of the street for a safe point to cross the road, but in doing so, they were found to block certain people from accessing the pavement.

Ackerman took to Twitter to disclose the difficulties she had encountered and the trial, which was first announced in August, was paused by the university a few hours later.

She said: “The problem is that the robots wait to cross the street in the curb cut, which are often not much wider than 1 wheelchair.

“When a group of people crosses the street toward it, it doesn’t leave the sidewalk because it doesn’t sense a clear path to the other side.

“When a person who needs to use the curb cut is crossing toward it and it refuses to move, the person is trapped in the street. When the light ends and the robot hasn’t sensed a safe time to cross, it forces the person to remain in now moving traffic.”

Starship Technologies put the problem down to a “mapping error”, claiming that they immediately looked to rectify the issue.

The company added: “We take matters like this very seriously and have made an update to the mapping at that particular intersection as an added precaution to ensure that additional room is added.”

“We work with many community organizations, including people with disabilities, with the aim to ensure everyone feels comfortable with this technology and that we are mindful of the needs of various community members.

“Autonomous delivery has the promise to be a welcomed help to many people with disabilities by assisting in the ease of getting groceries, food and packages delivered directly to their doorsteps.

“We have done work with organizations such as Guide Dogs, Royal National Institute for the Blind and Disability Rights but we can always do more.”