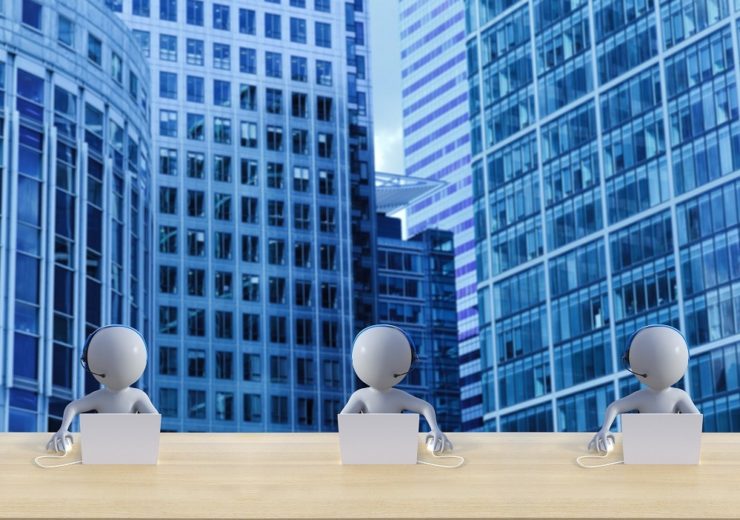 From instant translation apps to “mind-to-screen typing”, technology will play a key role in customer service over the coming decade and beyond. Paulo Dimas, the man charged with “inventing the future” at Portuguese artificial intelligence firm Unbabel, explains more to Dan Robinson

Imagine being able to speak to someone in a far-away country in your own language but the person on the other end of a conversation hears those words in their tongue.

Or what about the ability for your inner-monologue be typed out in front of you and then translated to the receiver?

It may all sound a bit sci-fi but as technology companies aim to break down one of the biggest barriers for customer-facing businesses – language – such possibilities may not be too far away.

Paulo Dimas believes they could even be here within the next decade.

“User behaviour is changing all the time. Ten years ago, the way to ask for customer support was with a phone call.

“In the past five years, we’ve seen a big growth in chatbots and, in the past two years, instant messaging – where you can go on WhatsApp and message airlines like KLM to receive your boarding pass and flight status updates.

“Voice is going to be a key part of the future because it will allow businesses to interact with customers in the most natural way – but no one has solved it yet because it’s a recent trend.

“There’s more futuristic areas to consider too and they’re only ten years away. We’re talking in terms of decoding language from the brain.”

As head of product innovation at Unbabel, an AI-powered translation service set up in 2013 and based in Lisbon, Paulo is tasked with “inventing the future”.

“We’re always assessing what can be done with AI, looking at what’s new and then leveraging that to imagine what could be the next game-changing product at Unbabel,” he says.

In the past, Paulo’s team of developers has created chatbots equipped with near real-time translation capability to make it easier for businesses to communicate with customers from around the world.

Working as paid freelancers, their role is to post-edit the automatic translations to ensure professional quality.

Since then, a video product was brought to market by the company by combining translation with transcription – providing captions to be synched into a video with native-quality subtitles.

Like many industries, recent trends point towards a greater role for AI in the future – and customer service is no different, with Gartner predicting 25% of operations will use a virtual customer assistant by 2020.

And while Paulo recognises this will offer cost reductions for businesses, translation in conversational AI platforms will be crucial for firms with an international outlook.

It’s arguably one of the obstacles that’s held back Amazon from launching its Alexa virtual assistant service more widely since its launch in November 2014.

Used in smart speaker devices such as the Amazon Echo, it’s available in English, German, French, Italian, Spanish and Japanese – but Paulo says his software could help the e-commerce giant to bring it to his native Portugal too by instantly translating conversations between humans and Alexa.

In fact, he claims his team has created a demo for a Google platform in which the technology can teach a bot to speak French in 40 minutes.

“We translated all the data to allow the chatbot to understand what the user is saying so we can match the utterances with the intent,” Paulo explains.

“I can ask the bot to translate ‘good morning’ into Japanese. If I tell it I’m a French speaker then it starts speaking to me in French.”

It will enables users to speak into a smartphone and their messages be sent in the native tongue of the recipient in either voice or text.

The service could be integrated with the most popular messaging platforms in certain countries, such as WhatsApp in western nations, WeChat in China or LINE in Japan.

Paulo demonstrates how the technology could work, asking the app – in English, as an example – to send a message to a contact named Kim, saying he would be in South Korea next week.

The virtual assistant instantly asks him which language Kim speaks and then delivers the message in his native Korean language.

The exchange takes a matter of seconds, with no need for Google Translate, a human intermediary or back-and-forth emails blurred by language confusion.

“It’s the same in Brazil, where we found 80% of people send their message in voice rather than text.

“The register is really important to consider. If you’re addressing a customer in Japanese, the tone of voice should be formal because it shows respect there.

“Unbabel’s secret sauce is understanding these different cultures. We have a big community of translators with native speakers of Chinese, Japanese, Korean and many other languages.

“They can correct the machine translation and adapt to the culture of people who speak that language.”

He adds: “Language is maybe the greatest challenge in AI because we have all these nuances of language and culture.

“We’re solving that with a lot of humans who can perfect the translation but also do it in fast turnaround times.”

While automating tasks inevitably raises concerns about how jobs will be impacted in the long term, Unbabel follows a number of companies in this space by promoting the idea of humans working alongside machines.

Paulo speaks about the potential to “augment” customer service agents by providing digital assistance that enables them to carry out more meaningful tasks, such as speaking to customers who need human interaction the most.

He says: “We can give them superhero powers and reduce their effort by assisting them with the technology.

“We understand chatbots will play a big part in artificial customer service but, at the end of the day, people wish to communicate with humans.

“Sometimes conversations involve personal things that you can’t answer with a bot, so the empathy part is really important.

“In the next three years, we think humans will be very involved in customer service but will be augmented by AI tools.”

Part of Unbabel’s role in this domain is to assist agents with dialogue flow by translating the context of a conversation and keeping it engaging.

How customer service technology could look by 2030

While this might sound very sophisticated for customers who even today still have to sit in call queues for minutes on end so they can speak to an agent, the type of technology that could soon be available is mind-blowing.

Already, some companies and researchers are working on mind-to-screen typing, in which a person’s inner-monologue is transcribed as text.

Facebook revealed in 2017 it had a team of 60 staff building a brain-computer interface that would enable users to type with just their mind and without any invasive implants – deploying optical imaging to scan the brain 100-times per second to detect thoughts and translate them into text.

The reason for this is to eventually allow people to type at 100 words per minute – five-times faster than typing on a phone – using the mind.

In April this year, meanwhile, neuroscientists from the University of California San Francisco created another brain-machine interface that can generate natural-sounding synthetic speech by using brain activity to control a vocal tract.

It’s hoped the technology could one day restore the voices of people who have lost the ability to speak due to paralysis and other forms of neurological damage.

For Unbabel, the challenge then would be to go one further and translate these words into another language.

Paulo admits this area is still missing a device that’s both affordable and non-invasive to scan neurons and create a 3D map of the brain.

But he adds: “Even further in the future, we believe it will be possible for you to communicate with someone brain-to-brain.

“We’re working on language so we think we’ll be one of the first in the world to crack this.”

Another, more controversial, innovation on the horizon in the customer service industry is voice-morphing.

Based on the concept of producing voice in the style of a particular person, it’s could be considered the voice equivalent of so-called “deepfakes” – which use deep learning tech to merge two faces together, most commonly to swap one person’s face for another to create a new and artificial video.

This technology could one day be used to replicate accents in customer experience.

Paulo says he can imagine a scenario in which an English agent is speaking to an Irish caller, for example, and adopts a similar accent with the software to build up trust and a rapport.

Reflecting on the broader idea of voice-morphing, Paulo says: “It’s a creepy area because it allows AI to produce voice as if it was spoken by another person.

“You could have a service that learns a user’s voice over time because your voice is data for the machine learning model.

“But we have to be cautious about this area because there’s a lot of associated ethics issues.”

In today’s world, speaking a foreign language is a key skill for many people, but in the future it may not be so important with advancements in technology.

“Learning a foreign language will be an option in the future rather than a necessity,” adds Paulo.

“It’ll be a bit like horse riding – in the past we needed to learn it but now it’s more of a luxury because we have cars.

“Language is an area that will be solved ultimately by brain decoding.”