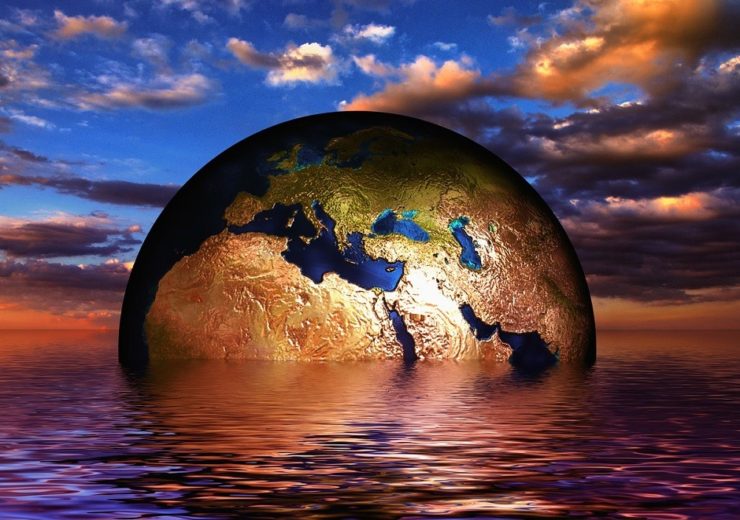 After a year of floods, wildfires and climate strikes, the World Economic Forum’s Global Risks report has once again emphasised that global warming is the greatest threat to the planet. CEO Journal writer Tim Gunn speaks with Emily Farnworth, head of climate change at the WEF, to discuss how business influencers can make a difference and why the time to act is now.

Every good risk management strategy needs to account for the presumed opinions of early-modern playwrights.

Well, perhaps not specifically – but you should bear them in mind if you sponsor the Royal Shakespeare Company.

Sir Mark Rylance recently resigned from his position as an RSC associate artist over the group’s ongoing deal with BP, writing “I do not wish to be associated with BP any more than I would with an arms dealer, a tobacco salesman or anyone who wilfully destroys the lives of others, alive and unborn.

“Nor, I believe, would William Shakespeare.”

When the climate changes, risk changes too.

So long as it continues to negatively affect the planet, the economic system operates at higher stakes than ever before, and the impacts are unpredictable, to say the least.

As the polar ice melts, water levels rise and people retreat to their attics, someone may well stumble on the long lost play that makes clear what we should have known all along – that it was all your company’s fault. 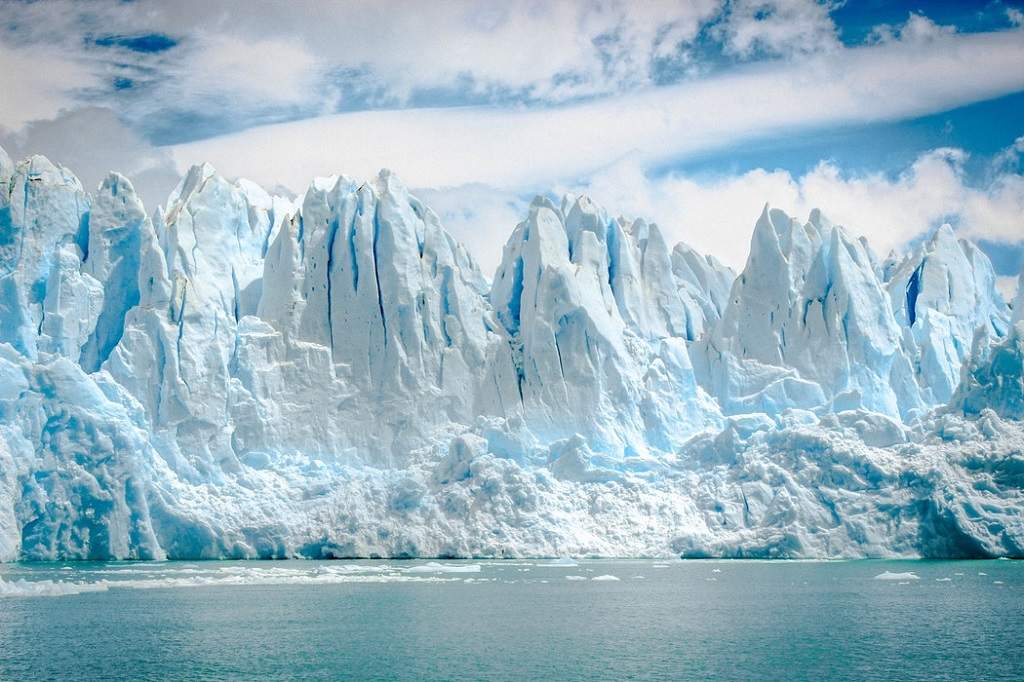 Prospero whipped up a vengeful, shipwrecking storm and called it art; Birnam Wood upped sticks to march on Dunsinane; and when the lease on their theatre’s plot ran out in the middle of an acute timber shortage, Shakespeare’s company stealthily removed and recycled the whole building into the Globe.

Even before that, his more economical characters had begun heating their homes with coal.

This is all to say that something analogous to climate risk was a pressing and complicated issue in England at the turn of the 17th century.

Shakespeare’s plays show the beginnings of trends that define what has come to be known as the Anthropocene.

Though 400 years have passed, around 20% of the carbon dioxide released from coal burnt in his time is still in our atmosphere, just hinting at the size and scale of the issue facing us.

Whether or not Shakespeare has a specific opinion, we’re enmeshed in a very different world. The World Economic Forum’s latest Global Risks Report ranks extreme weather events and the failure to mitigate and adapt to climate change as the top two risks based on likelihood, and second and third for impact, behind only the use of nuclear arms.

Unlike the centralised decision to use weapons of mass destruction, however, climate change involves scientific and geopolitical uncertainties that are massively distributed over space and time.

Global warming is everywhere, and there’s no vantage point from which we can objectively observe it.

In terms of impacts, the Forum’s Global Risks Interconnections Map for 2019 links the risk of failing to mitigate and adapt to climate change to food, water and fiscal crises; large-scale involuntary migration; profound social instability; and the failure of regional or global governance, to take a selection of the more troubling associations.

And yet it plays out beyond the scope of the system’s traditional measures. Governor of the Bank of England, Mark Carney, channelled Shakespeare when he called this disjunction the ‘Tragedy of the Horizon’, noting the grim paradox that, as our incentives to act on global warming increase, the problem gets harder to address.

Whereas climate change plays out over decades, companies are pressed to prove that they’re meeting financial expectations four times a year.

Still, for all that short-termism, companies and corporations exist to extend, distribute and further the interests of individuals over space and time.

Capitalism’s claim to earthly ubiquity is almost as good as that of climate change.

Farnworth regularly talks about how individual executives need to “get their arms around” climate risk, and, helpfully, companies are among the best structures that we have for allowing individuals to do so.

Even so, she admits: “There’s a tension between the urgency of the issue seeming like everything needs to be fixed tomorrow, and the reality that it’s going to take some time, and things are probably going to get a little bit worse before they start getting better.”

Indeed, while WEF reports note that there’s a sense in which “climate change is simply another issue that drives financial risk and opportunity”, a rapidly growing segment of the population thinks ‘risk and opportunity’ is a crass way to euphemise the threat of extinction.

It’s an issue of perspective.

“Ultimately,” says Farnworth, who works closely with the WEF’s Alliance of CEO Climate Leaders, “there are very few businesses that will invest in something that isn’t going to help support their profitability.”

As such, her conversations with CEOs and other representatives from business focus on the task of achieving net zero carbon emissions by 2050 while minimising economic disruption.

She divides the different types of investments companies can make to combat climate change into a hierarchy of commercial viability, which doubles up as a loose proxy for the sort of short, medium and long-term goals required to make net-zero possible.

“The good news is that a lot of solutions are quite compatible with making money,” she begins.

“The cost of renewables has come down a lot and the cost of electric vehicles is falling, so companies can get on with elements of that transition without having to have a particular conversation.”

On the other end, there are approaches like carbon capture and storage.

“The technology is there, and everybody knows how we could use it in certain places,” she explains.

“But, commercially, it’s just not feasible for an individual company to make that investment without backing from government and other stakeholders.

“That’s where we’ve got some of the biggest challenges – it’s unlikely you’d get any one company essentially making a donation to society in that way.”

In these and other cases where the optimal responses require policy shifts and infrastructure investments that go beyond the remit of any one business, the WEF focuses on forging the collaborations within and across industries and sectors that will make them possible.

So, at the two extremes of Farnworth’s hierarchy, individual CEOs have limited scope to make a difference.

At the top, they can provide a leadership framework, if not specific expertise, and at the bottom, they can push for collaboration in advance of actually getting to apply it.

Between, however, lie the challenges that need executive champions.

In the middle of her pyramid, Farnworth explains, there are measures individual businesses can take that “wouldn’t necessarily be a straightforward tick in the box for the finance committee but could get across the line in a board conversation because of the value they can add”.

To properly appreciate that value, companies need to link success and remuneration to strong climate governance.

“If tackling climate risk means taking a hit on the bottom line,” Farnworth ventures, “a company with a number of success indicators beyond profitability will be better equipped to manage the compromise.”

Organisations with targets for tackling climate change, which come together with profit measures and goals for other sustainability issues to form what’s known as the triple bottom line, are the best equipped to mitigate and adapt to the risks it poses.

Farnworth points to energy company Engie as an example of the impacts that can be fostered by non-traditional indicators of success.

“They’ve set very aggressive targets on climate and so, for them, the decision to transition into renewables was quite straightforward, because they had a strategy for a low-carbon growth plan.”

As Farnworth sees it, whenever Engie is faced with a choice to invest in a renewable solution or a more profitable energy-intensive opportunity, the right decision for the climate is made easier by the fact it is structured into the business’ overall strategy.

Moreover, the recommendations of the Financial Stability Board’s (FSB) Task Force on Climate-Related Financial Disclosures (TCFD), which focus on how companies should report climate-related governance, strategy and risk management, have thrust climate risk into the minds of investors worldwide.

A total of 785 organisations responsible for assets of $118tn are signed up as supporters of the TCFD, which, to quote chairman Michael Bloomberg, believes “in the power of transparency to spur action on climate change through market forces”.

It’s up to CEOs to take responsibility for involving sustainability in all aspects of the business and make that commitment transparent and visible.

The TCFD’s latest status report makes clear that “today’s disclosures remain far from the scale the markets need to channel investment to sustainable and resilient solutions, opportunities, and business models”, but it’s making a difference.

As a result of the increased emphasis on reporting, Farnworth has seen a number of executives taking a lead in managing climate risk.

Geraldine Matchett, CFO at health and nutrition giant Royal DSM, has advanced her ability to account for carbon dioxide emissions by pricing them at €50 per tonne.

As a result, Farnsworth says: “She can see the financial implications of different decisions based on future projections of the cost of carbon, both financially, literally speaking, but also in the context of the cost to society.”

The same measure has been a key driver of Engie’s low-carbon growth strategy under CEO Gérard Mestrallet, where its implementation coincides with a 60% reduction in coal-fired capacity since 2016.

“Because they could see the cost of carbon, they knew coal-fired power stations were not going to be a very viable business in the future,” Farnworth notes.

Assuming you can lead an enlightened board, “these tools can actually support financial decision-making”.

Given that their investments are often in power stations built to function for decades, utility businesses like Engie have experience in thinking about risk over a greater time horizon than many consumer product companies.

Not that taking a longer-term view necessarily equates to making the best decisions for the environment: one of Rylance’s main issues with BP is that it “knew 30 years ago we were about to cook our planet, and then lit the fire”.

Economic incentives are beginning to align with scientific projections, but transparent climate reporting, triple bottom lines and intricate interconnections maps are no guarantee of anything.

“And I think people do struggle to understand the interconnectedness,” admits Farnworth.

“It is so complicated and it is so subjective in some respects.”

Individuals may be rooted in space and time, “but what we can see is that companies are starting to think a lot more about where the impacts are happening across their value chain”.

She adds: “For a lot of them, the biggest emissions are in their supply chain or in the way that customers are using their products, and they’re thinking about how they can influence those different areas, rather than just focusing on their own operations.”

There is certainly more action needed, but amid the complex climate figures in the risk interconnections map, the structures of our companies and value chains may yet allow us to plot paths away from crisis.

This article originally appeared in the summer 2019 edition of CEO Journal. The full issue can be viewed here.