P&G boss David Taylor reflects on gender equality after Gillette advert – but does he practise what he preaches? 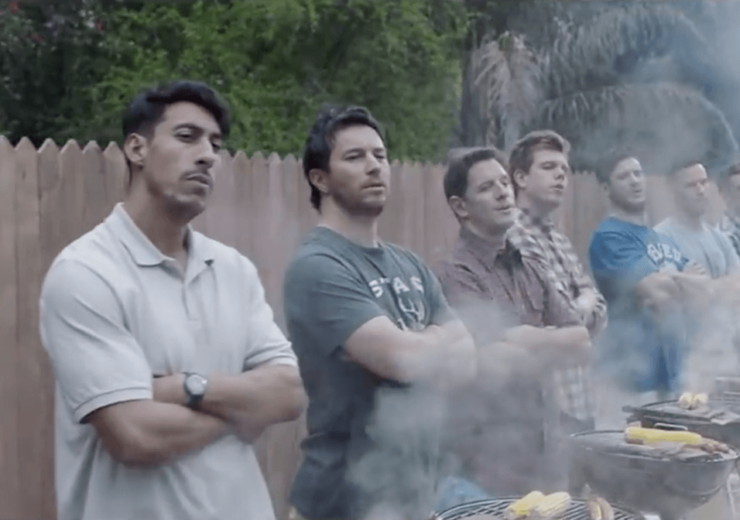 Discussions on everyday sexism have been prolific ever since Gillette’s latest advert was released this month – and now David Taylor, boss of the shaving brand’s owner Procter & Gamble (P&G) has entered the debate.

Speaking at the World Economic Forum‘s annual meeting yesterday (23 January) in Davos, Switzerland, the consumer goods corporation’s CEO said the ad “communicates a value that is consistent with what our company stands for – we believe in gender equality”.

Using the tagline, “The Best Men Can Be”, the online Gillette ad challenges men to turn away from “toxic masculinity” and features scenes of bullying, catcalls and sexual harassment.

Mr Taylor said: “If a brand doesn’t have a point of view and the behaviour isn’t consistent with the values that the company espouses, then you have a real issue.”

P&G boss David Taylor wants more women on its board – but what does its gender pay gap stats show?

Despite Mr Taylor’s claims about his company’s stance on gender equality, its gender pay gap report published last year showed the company paid women 18.9% less than men on a mean average hourly rate – and 30% less on a median average in 2017.

Although more women at the company received bonuses than men – 14.5% compared to 8.9% – the amount paid out to women in bonuses was 39.1% less than men.

Mr Taylor added: “The world will be a better place if our board of directors, all the way down, was represented by 50% women.”

There are currently 13 people that sit on P&G’s board of directors, according to the company website, including four women – accounting for 31%.

The current chairman and vice-chairman are both men.

P&G products: Are prices fair for men and women?

It is estimated that, on average, women are paying 37% more than men on equivalent products on the high street.

P&G is no different and discrepancies between its Gillette branded men’s shaving products and women’s Gillette Venus products were found.

A spokesperson for P&G said: “First of all, it is crucial to highlight that shelf prices in store are always set at the full discretion of the retailer.

“Our products are different based on the differing needs of men and women. Any price comparisons are therefore misleading.”

During the Davos discussion panel, Mr Taylor – who has been with P&G for 35 years and CEO since 2015 – said: “We sell our products to more than 50% women and reach five billion consumers a year.

P&G boss David Taylor on reaction to the Gillette advert

Reaction was divisive, with some praising the message, while others claimed it was “virtue-signalling” and threatened to boycott the brand.

Mr Taylor said: “The response has been incredible – both positive and negative. It lit up my email inbox.

“Negative comments spiked first with aggressive emails and campaigns against us from small groups, and using bots to fill up our email inboxes.

“We stayed the course because we believe that the message is relevant and that it’s right to continue to communicate it.

“It sparked a conversation about appropriate behaviour and civility, and we’ve seen a number of advocates step in to take on those who attacked it.

“We didn’t accuse anyone and simply highlighted behaviour that was often dismissed with the phrase ‘boys will be boys’.

“We’re only a week into it but I think we will see the positive responses go up more and more and people will see, especially among millennials, that Gillette stands for something.”

In 2014, P&G produced an advert with a similar message about gender equality for its Always brand.

The “Like a Girl” campaign prompted people to challenge gender stereotypes and their perception of the phrase “like a girl”.

The advert has been followed up by the donation of 14 million sanitary pads to women affected by period poverty and a partnership with UNESCO to help give girls in Africa access to literacy education.

Reflecting on the earlier ad campaign, Mr Taylor added: “Teen girls’ confidence drops when they are going through puberty.

“When you first ask people whether they think the phrase ‘like a girl’ is positive or negative, 19% said positive.

“We ran a campaign that highlighted girls and lifted them up and the response was that after seeing the ad, 79% viewed it as a positive.

“It was a successful campaign – it built the brand and sent a very positive societal message.”