Now that the UK has made its net zero emissions reduction target for 2050 legally-binding, technology such as carbon capture and storage designed to limit CO2 is more relevant than ever 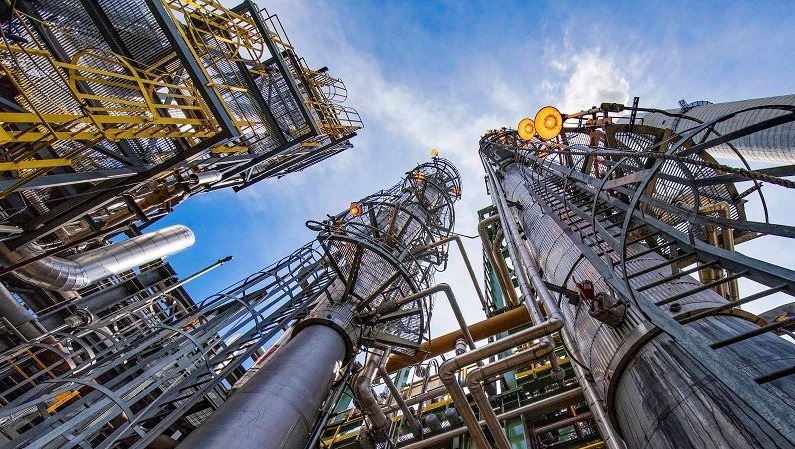 Carbon capture and storage technology is said to be capable of preventing 90% of the CO2 emitted by power generation from polluting the planet (Credit: Global CCS Institute)

The UK government has awarded £26m to nine companies working on carbon capture and storage (CCS) in a bid to advance the development of the technology in the country.

Almost £5m of the total will go to the Tata Chemiclas Europe plant in Cheshire where the announcement by energy and clean growth minister Chris Skidmore was made.

Once fully operational in 2021, the facility will capture 40,000 tonnes of carbon dioxide every year, making for an emissions reduction equivalent to 22,000 fewer cars being driven on the road.

Mr Skidmore said: “Carbon capture, usage and storage has an essential role to play in our efforts to tackle climate change, helping us to meet our ambition to end our contribution to global warming entirely by 2050.

“If we are to become a net zero emissions economy and end our contribution towards global warming, then innovative schemes like Tata Chemicals’ will be essential.

“Their plans demonstrate the enormous potential that CCS has, reducing our emissions and helping companies to innovate and export products all around the world.

“The funding the government is awarding today puts the UK at the forefront of the rollout of this technology and demonstrates how our Clean Growth Strategy is delivering for all parts of the country.”

Carbon capture and storage in the UK and around the world

A further eight projects across the UK are being awarded between £170,000 and £7m as part of two programmes – the £20m Carbon Capture and Utilisation programme and the £24m Call for CCUS Innovation programme.

Just days after it was confirmed the UK will be legally aiming for net zero carbon emissions by 2050, today’s cash injection for CCS in the country provides another avenue of ensuring the ambitious goal can be met.

It also solidifies he government’s commitment for the first net zero carbon cluster of industry by 2040, supported by up to £170m funding to cut emissions.

Elsewhere, CCS has been struggling to create unimpechable examples of its viability to act as a significant method of emissions limitation.

Harminder Singh, director of power at market intelligence firm GlobalData, said: “CCS has been in operation for more than 20 years now.

“Presently, there are 43 large-scale CCS facilities – 18 in commercial operation, 5 under construction and 20 in various stages of development.

“There are now fewer projects in development than under construction and operational, but many of the early-stage projects face an uncertain future without appropriate policy support.

“Since 2014, only one project has taken a final investment decision anywhere in the world: The Yanchang Integrated CCS project in China.”

Once thought of as a flagship for the technology, oil and gas giant Chevron’s £41bn CCS facility Gorgon, located in Australia, has yet to meet its full potential.

Sold on the promise of limiting its own emissions by 40% by burying up to four million tonnes of CO2 each year, the gargantuan facility has yet to make good on its commitment more than three years after it began producing LNG in March 2016.

Its developer is bound by a deal with the Western Australian government to capture 80% of emissions from a submerged gas field over a five-year period and bury them in its reservoir 2km beneath Barrow Island in Western Australia.

With global CO2 emissions hitting a record high last year, the technology to limit them has never been more in demand, but continuous delays have called into question exactly when Gorgon’s carbon injection process will be put to work.