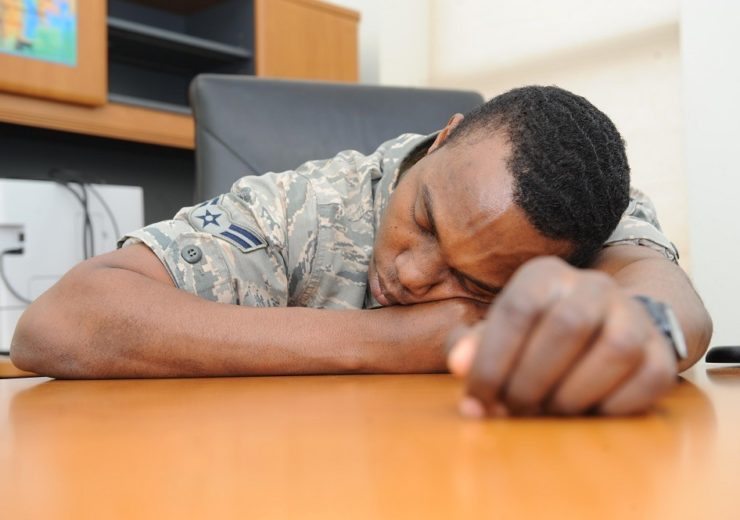 Preventing employee burnout is fast becoming a big issue for managers to consider when the deadline approaches in a project – and a new software platform is pledging to help remove the stress.

Work management tech company Asana – set up by one of Facebook’s co-founders and used by some of the biggest Silicon Valley tech firms – last week released Workload, an app that adds new layers of visibility to its standard business platform.

It enables team leaders to have a better understanding of how busy each of their colleagues are when delegating tasks, allowing them to make quick changes and avoid overloading staff with too much work.

Burnout has gained more attention ever since the World Health Organisation (WHO) formally recognised it as a legitimate syndrome resulting from “chronic workplace stress” in May.

Asana head of product Alex Hood told NS Business that the number of “knowledge workers” – professions that require people to “think for a living”, including accountants, lawyers, scientists and architects – are growing but technology hasn’t kept apace.

“We look at the tools that knowledge workers are using and they aren’t really up to speed with the demands and expectations of that group,” he said.

“A lot of them use email still and send messages back and forth, which is the same way they worked 10 to 15 years ago.

“Now a lot of them have grown up with the iPhone, where all your data works together and apps are easy to use.

“We’ve been inspired by platforms like that in thinking about how information workers can collaborate together in the same office or different offices.

“There’s an opportunity to redefine the relationship between manager and employee to be high-trust and in real time.

“With Workload, we’re delivering a new way of working that’s highly collaborative, much more efficient, cuts off the work that’s about work, and making teams happier and healthier.”

Since it was founded in 2008 by Dustin Moskovitz – who became the youngest self-made billionaire in 2011 on the basis of his 2.34% share in the social media giant – and Justin Rosenstein, creator of the Facebook “like” button, Asana has added numerous features to its work management platform.

The San Francisco-based company – a rival to more established collaboration tools like Slack and Trello – claims to make software that enables teams to “focus on the goals, projects and daily tasks that grow business”.

Its platform features tiles for arranging tasks according to priorities, as well as enabling managers to visualise how they fit into a calendar and which ones are ready, in progress or in a backlog.

Asana Workload is a new addition that bolts on to its Asana Portfolios enterprise product, providing extra real-time visibility to ongoing work across multiple projects in a single dashboard.

Hood said: “It looks across all the team work going on in a portfolio of projects and can see which workers have too much on their plate, as well as those who haven’t done enough.

“You can easily drag, drop and redistribute tasks so it gets rid of the inefficiencies of not knowing how work is distributed.”

Managers can evaluate the burden on everyone by customising their workload based on measures such as hours or points, while it features capacity limits for individual team members – with visual alerts when the work assigned to them exceeds their capacity for a given time period.

Benefits of Asana Workload for employees

Not only does this equip team leaders with better knowledge about how their colleagues are coping – and prevent them from having to “tap people on the shoulder and constantly nag them” – but it adds transparency within the group about how work is distributed.

From the perspective of an organisation, Hood said it provides “fewer surprises” – meaning more projects get delivered on time and to budget.

Other resource management tools exist in the marketplace but Hood believes these are “clunky and rarely used”, making them outdated.

“But the work in Asana Workload is a living system so you know what’s happening in real time because it’s constantly connected,” Hood said.

“Other tools are often used by professional project managers but there’s no expertise or spreadsheet-tracking required.”

There could be opposition from staff to any software that’s constantly watching over them but Hood rejected this idea.

He added: “We wouldn’t want software to feel intrusive like Big Brother and when we’ve shared this with teams, we see the opposite.

“It also reduces the need for micro-management by delivering visibility for what someone is working on.

“A lot of people who have used it say they feel more trust and confidence in leadership when they can see what’s happening.”

Why preventing employee burnout is important

As well as the WHO’s new classification of burnout as an occupational phenomenon among modern workers, Asana’s own research suggests it’s prevalent.

In a study of 6,000 knowledge workers across the US, UK and Australia conducted by Asana and research firm 4media, more than 80% said they consistently felt overworked and close to burnout.

“It’s a big problem,” said Hood. “We saw some things that were interesting, yet surprising.

“The majority of people felt staff morale was low because of too much work.

“Some 93% believe they’re more productive than their peers, which shows there’s a lack of empathy or understanding about what’s on each other’s plate.

“And 37% don’t know whether work is evenly distributed. People feel under-appreciated – there’s an ‘us and them’ relationship between management and staff.

It operates in six languages and has customers in 195 countries, including more than a million free users and more than 70,000 paying organisations.

By the end of 2019, it’s expected to have 700 people located across its offices in San Francisco, New York and Dublin.

Much of the growth has been driven by new products, with Asana for Marketing and Creative Teams its first industry-focused software package when it was released earlier this year.

Head of EMEA sales Robbie O’Connor believes collaboration tools like Asana, Slack and Trello are becoming more popular across the board due to a growing awareness about the quality of people’s time.

According to McKinsey, the average worker wastes 61% of their time coordinating their work in meetings, email and chat, rather than doing their actual work.

“The category is definitely maturing. There’s one billion knowledge workers in the world but only a small number of people are using tools like this, so there’s a massive opportunity.

“We welcome new entrants into the broader collaboration space because it further validates a growing area.

“Asana can become the GPS for a lot of organisations and we aim to give them the clarity they need to focus on the work that really matters.”