What is Slack? Q&A with exec from the workspace app that aims to be used in every office and cut traditional hierarchies

Eight million people worldwide, including two-thirds of Fortune 100 companies, use the professional messaging and collaboration app to manage work flows – but what is Slack? European head of customer success Rav Dhaliwal explains all to Dan Robinson 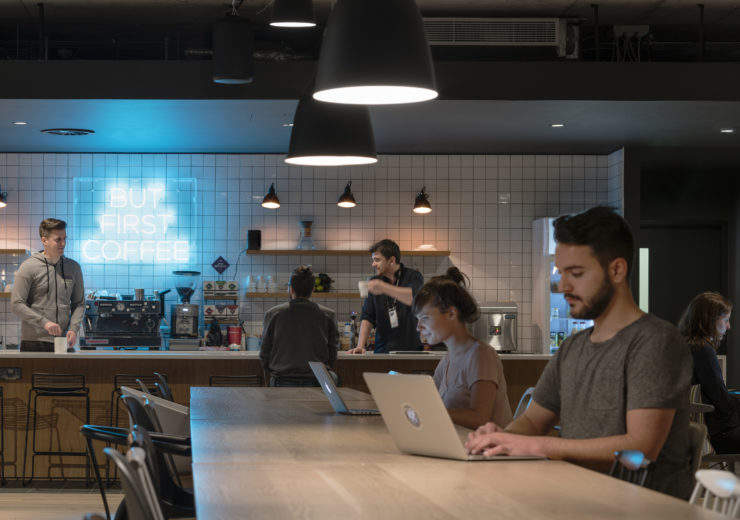 It’s fast becoming the workplace app of choice for many office workers keen to keep on top of daily tasks with colleagues – but what is Slack?

The cloud-based collaboration tool is effectively a messaging service for the professional environment and helps to manage work flows.

Since its launch five years ago this month, the technology has gradually been improved as its developers integrate the app with other key office-based software, with the eventual goal of enabling employees to manage their entire working day through Slack.

It now has more than eight million daily active users from more than 100 countries, including three million paid users across 70,000-plus paid teams.

The growth is also evident in the company itself, which now employs 1,000 people across seven locations, including its San Francisco headquarters and offices in New York, Vancouver, London, Toronto, Dublin, Melbourne and Tokyo.

“It’s a huge growth market for us and there’s really no limit to how far we can go,” says European head of customer success Rav Dhaliwal.

“Slack is increasingly becoming the de facto way that organisations want to communicate so we have a huge opportunity to grow ahead of us. The future is really bright.”

He tells Compelo about where Slack came from, how it is moving with emerging tech and how it envisages workplaces of the future.

1) What is Slack exactly and how did it come about?

Slack is software for enterprise. It’s designed to help bring people together who need to get day-to-day work done, and the tools and content to get that work done in a single collaboration hub.

People use a Slack workspace, which has channels to organise conversation and work tasks.

It means everyone who’s relevant is kept in the loop and the tools can be integrated easily.

As part of its development, they realised they needed a better way to communicate for their team.

Glitch wasn’t successful but they’d got so much utility out of the platform they built for collaboration and that’s where Slack was born in 2013.

2) How has Slack developed since its early days?

Slack came out of a beta phase in 2014 and, since then, there’s been crazy momentum in terms of uses and adoption, with more than three million paying users and 70,000 individual workspaces across teams.

We launched a platform in 2016 to allow customers to build integration into Slack and we now have more than 1,500 apps in the directory.

We have 200,00 weekly active developers who are integrating their software into Slack, with 15,000-plus integrations every week.

This idea of a collaboration hub has taken hold as Slack has continued to grow.

One of the key strengths of Slack, and one of the reasons we see such a huge adoption, is the user experience. On average, people are spending two-and-a-quarter hours a day on it.

We’ve been remarkably consistent in delivering a very engaging and easy-to-use platform, and have added huge amounts of functionality over the years.

If the user experience is very well thought through, then people will engage very heavily.

Slack is a platform for getting work done, which you can plug into all your other tools.

For example, we have a recruitment tool and all that information gets posted to me in Slack rather than having to log into another portal every day to look through all the job applications.

So you can now have your development projects, HR functions and new hire on-boarding all in one interface.

Last month, Slack and Australian enterprise software firm Atlassian announced a strategic alliance, in a partnership that will make it easier for our millions of joint users to use the products together.

Atlassian has made an equity investment in Slack and sold to us the IP for two of its workspace products, Hipchat Cloud and Stride, which will be discontinued early next year after they are migrated to Slack.

This is part of us building more integration into other platforms.

3) What is Slack’s target audience?

We’re aimed at any employee in any organisation and have customers ranging from small agencies to some of the world’s largest companies.

We have companies of just a couple of people who work remotely to IBM, which has more than 100,000 people using Slack.

There’s no substitute for face-to-face communication. But sometimes it’s not feasible for people on the move or who work in different time zones to be in the same place so bringing them together is very powerful.

4) What kind of impact has Slack had to date?

For organisations, they tell us the biggest impact of Slack has been speed and agility, allowing them to move quicker – whether that’s in getting to market or expanding businesses across the globe.

It’s allowing customers to get the most out of their other tools they’ve invested in, which have become way more engaging and driven productivity.

Interestingly, what we’re also seeing is it’s helping organisations to attract and retain top talent because of its impact on culture.

What Slack is helping people to do is foster more useful and productive work relationships. It’s flattening the hierarchy by allowing people to cut across the organisation and consistently stay in the loop.

It’s what we call a “freemium” product. Anyone can start a workspace for free but added features are behind a paywall.

For example, this could be if a user decide they want access to more of their search history because the more you use it, the more it becomes a living archive of your company.

Or if you have specific requirements of things like single sign-on or data loss prevention, they can use one of our different plans.

Typically, we see the really large corporations look at our Slack Enterprise Grid product, which is scaled to 50,000 users and beyond because that allows those big organisations to use it for administrative processes.

In a single view, they can manage security, policy and compliance across all of Slack through unlimited workspaces.

6) What have been the most popular or game-changing new features in recent times?

One of the things that’s been particularly game-changing is the shared channels, which offers the ability to engage with other organisations that are also using Slack.

For our company, we can communicate with our PR agency, for example, even though they’re in a different organisation.

That’s been really transformational because it’s allowed people to take the value from Slack and extend it to contractors and suppliers.

7) What makes it different to other platforms?

One of the ways we’ve been able to differentiate ourselves is in our mission, which is very heavily to make people’s working lives more productive.

We’re not using Slack as a means to sell something else to a customer. What tends to happen with these collaboration-type tools is they have another franchise to sell, such as cloud-based software.

When I first met Stewart Butterfield, it was July 2015 and Slack had 2.5 million daily users.

Now we have more than eight million users so you can see the focus on this single mission of a user experience to build in this platform to help people get work done has led to one of the biggest adoptions of software like this.

Another thing we’ve done is the idea of allowing third parties to build on top of Slack has made these tools more accessible.

8) How will emerging new technologies impact on Slack?

Search learning intelligence is a key feature that’s getting better all the time. We have some of the world’s largest corporations, all of which have their own regulation and security needs.

So we’ve invested in machine learning and AI, which has allowed us to really do some amazing things to help people become more productive.

Something approaching 40% of work time is spent searching so we have built technology that makes it more relevant for how people use Slack.

Slack has its own internal assistant called Slack bot, which is also getting more intelligent. If you haven’t been in a channel for a long time it might suggest you consider leaving it because it’s no longer relevant to you.

We’re going to see more of that proactive suggesting and the AI becomes more of a helper.

9) What is Slack’s vision for workplaces of the future?

We see workplaces adapting to a point where channels become the norm for how organisations communicate internally and externally – and that will be about 2025.

Work is becoming increasingly about bringing together ad hoc groups of people to solve problems. It’ll become more dynamic and agile, and people will need the tools and collaboration hubs to accelerate that level of agility.

The future of work becomes increasingly more fast-paced and across time zones.

We also see it as more transparent. The hierarchical chart has its roots in the industrial era but we’re seeing that within that structure, Slack is able to loosen the hierarchy and connect people from top to bottom and allow employees to cut across the organisations to find who they want.

Slack will be the fabric that connects the organisations together.

10) Microsoft has apparently listed Slack as an official rival to its Office products – how much validation does this give you?

It’s incredibly flattering. I used to work for Microsoft so I know it’s tremendous validation when the world’s largest software company recognises what you’re doing.

We’re laser-focused on our mission to make everyone’s working life more pleasant. It also highlights something that’s very unique about us, which is that we really believe in open platforms.

Customers are telling us they want to use the best platforms to collaborate in the most meaningful way so that’s certainly contributing to our momentum.