From digitising outdated processes to empowering staff to embrace new technology, digital transformation has come in many forms for tech bosses at the NBA, MGM and the US Department of State 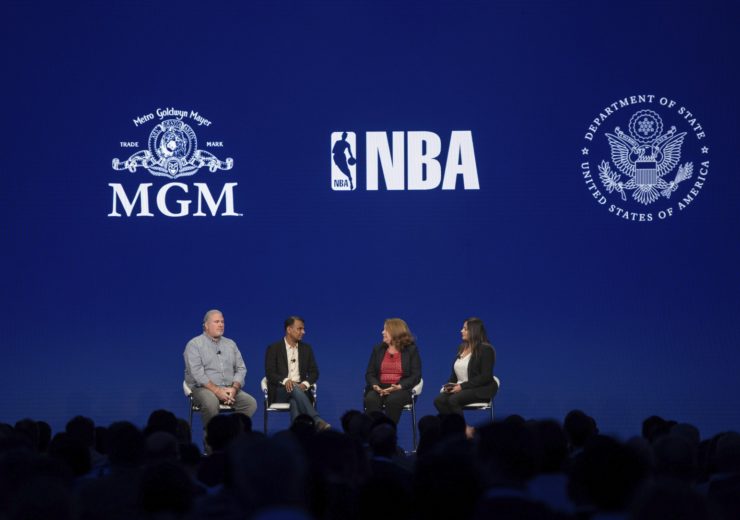 The NBA, MGM and Department of State discussed their differing digital transformation strategies at BoxWorks 2019

Devising an effective digital transformation strategy has been the task of  tech bosses across every sector. At BoxWorks 2019 three digital leaders from the world of entertainment, government and sport, outlined their approaches to modernising their business processes. Sam Forsdick reports.

Digital transformation remains one of the core priorities of CIOs and CTOs in the US, with companies operating at just 18% of their potential in this field, according to research by consultancy firm McKinsey.

The process can incorporate anything from adopting AI to moving to the cloud, but for some organisations, digital transformation can be as basic as getting rid of paper filing systems.

Tech bosses from the US Department of State, National Basketball Association and MGM Studios gathered at BoxWorks 2019 to discuss the widely differing ways they are implementing the digitalisation process both within the infrastructure and culture of their organisations.

When Karen Wrege started her role as CIO at the Department of State — the US federal body responsible for foreign policy and international relations — the first task she set was to update the filing system.

She says: “I started at the Department of State five years ago and there was a football field-worth of paper in a very fancy automated filing system.

“So our whole digital transformation is simply about getting rid of all the paper.”

For Wrege the hardest part of digital transformation is encouraging others to adopt the new digital processes, which can sometimes require a complete change of company culture.

“Changing culture is the hardest thing because it’s not just about the technology it’s the people and how they feel about their work,” she adds.

“I do a lot of meetings as we build up to bringing a new technology into production and try to show that I understand it’s going to be hard and will fundamentally change the way they do things.

“But within a year, people love it and you could never convince them to change back.”

Digital transformation strategy at the NBA

Digital transformation in other industries has focused on different factors.

“Basketball is a sport that brings people from different backgrounds and cultures together to have a conversation about something they are really passionate about,” says Bhagavathula.

“I think the NBA has done a really good job at using technology to attract a global audience and now has over 1.5 billion likes and followers across social media.”

The NBA has been quick to adopt a range of new technologies to augment the fan experience.

The league partnered with technology firm Intel in 2017 to broadcast matches in VR.

Selected live games as well as replays and highlights can be viewed by basketball fans in VR, with this being described as the closest thing to sitting court-side.

Technology has also improved the experience of watching live games too, with stadium specific apps guiding visitors to their seats, letting them order food and drink and even stream replays.

As CTO, Bhagavathula is now turning his attention to internal technologies and claims that digital transformation is never a process that can be completed.

“I don’t believe in the term digital transformation, I think it’s more of a digital iteration,” he adds.

“As a developer, one of the lessons I learned is that you can never be transformed — any transformation efforts have to be able to embrace change along the way.”

MGM Studios — one of the oldest film studios in the world — has also had to adopt digital transformation in order to meet the expectations of modern consumers.

“Our approach to how we serve technology with the company really is broad,” says CIO of MGM Studios Doug Rousso.

“The consumerisation of technology has meant that our customers now include the general public as well as our business to business partners involved in the production and distribution process.”

For Rousso and MGM, digital transformation has been about creating a “robust and engaging environment for people to work in”.

The CIO claims that content applications such as Hulu, Netflix and Apple TV have made the process of consuming content stylish, interactive and highly personalised.

“It’s created a real shift, which has seen us focus on user experience and delivering compelling experiences, for our consumers and even our internal stakeholders,” he says.

“It used to be that when you came to work, the office had the fastest internet connection with email and other things that you could never do at home. But now that’s completely flipped over.

“People are using devices and tablets and are used to being able to download applications that are tailored specifically to the tasks they want to do.

“Now when they come to work, they want the same experience.”

When working between content producers, production companies, show runners and talent, it’s important to make the process of moving a film or TV show from the concept to the consumer as frictionless and automated as possible, according to Rousso.

However this can create issues when securing the studio’s intellectual property.

Film and script leaks are commonplace in a world of digitised communications, with Warner Bros. Pictures’ Joker one of the more recent movies that found its plot revealed on blog sites across the internet.

Rousso says: “You have to secure content because the intellectual property is extremely valuable.

“And that requires a very healthy integration of different technologies in order to come off of a camera, go through production and post-production, and then deliver that to a consumer.

“It’s not necessarily a digital transformation, it’s an evolution of how we do work from concept to consumer.”

Welcome to the Apphaus: The innovation boot camp equipping firms for a digital future