Digital transformation examples: Five companies making the most of technology 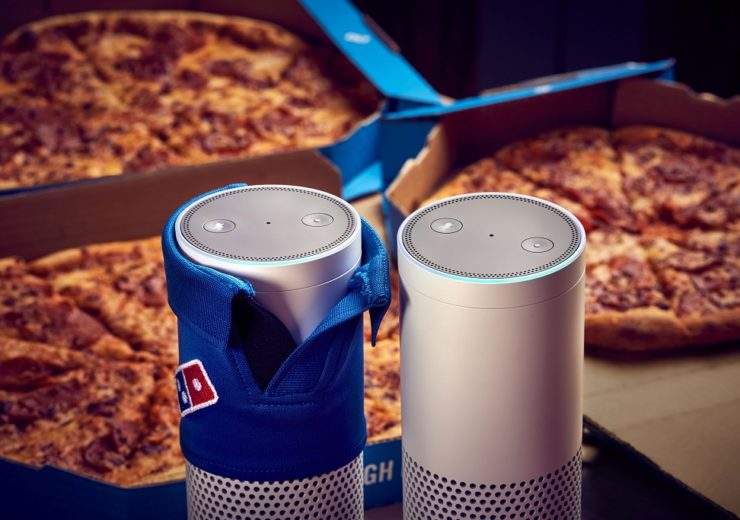 Embracing the latest technology will be the New Year’s resolution for many businesses in 2019 – and finding digital transformation examples can provide the inspiration they need.

As customers become increasingly online-native and accustomed to tech-driven buying experiences, the firms they use are under growing pressure to adapt and cater to this changing form of interaction.

The phenomenon has not been without its victims, with the retail sector in particular feeling the strain as a myriad of high-street chains have suffered multiple outlet closures.

Healthcare, too, has been accused of not keeping pace, with the industry’s legislative process often proving too cumbersome to make the most out of emerging innovation.

When it works, however, digital transformation can breath new life into a company, with the potential to completely reshape business models and open up entirely new market segments.

Why is digital transformation needed?

Head of product strategy at enterprise support software provider Rimini Street, Dean Alms, explained: “What we’re seeing with digital transformation is a generational shift – it tends to happen every 20 years.

“We’ve been through changes before that caused the likes of IBM, Hewlett-Packard and co to completely shake things up, and now the market incumbents of today are under the same pressure to do the same.

“Whereas before it was a business priority to reduce costs and increase the efficiency of your processes, now it’s much more about increasing revenue and creating a unique, competitive advantage.

“You have to have an agile mindset, it’s really about being willing to adapt and being eager to embrace the change – otherwise you’ll fall behind.”

In order to keep up with an increasingly demanding market, e-commerce firm Lesara turbo-charged the process by which its takes its products to market by harnessing the power of data.

It used predictive analytics tools to identify the spending habits of its customers, arming the company with the ability to immediately view which products are popular and forecast future demand.

The method cut the process of identifying a trend, producing a product and taking it to market from 12 months to two weeks, and was instrumental in securing Lesara a spot multinational professional services firm Deloitte’s Technology Fast 50 awards in 2017.

Vice-president of client success Alex Timlin said: “When Lesara started out it was not the best funded business in the world, its valuation is based on its understanding of the market, its customers and how to offer something different for these people.

“Their entire culture is not based on thinking years in advance, it’s about thinking in terms of days, or weeks.

“The idea is that it’s better to move fast and break things along the way than to move at the same rate as your competitors.”

American multinational conglomerate General Electric has been through many iterations in its 130-year history, but one of the most successful was the introduction of 3D printing into its production methods.

In 2015, the company began using additive manufacturing to create fuel nozzles for its passenger jet engine – becoming the first ever to do so in the process.

The 3D-printed nozzles are up to five times stronger than their traditionally-manufactured counterparts, and are able to withstand temperatures of up to 1,600C.

Almost 8,000 orders valued at more than $80bn (£62bn) were placed shortly after the product launched.

Business development manager of additive technologies Greg Morris said: “The real power of additive is taking six parts and designing it into one. You can create geometry that you can’t make it any other way.

“You can iterate quickly, find out what’s working and not working, change designs, and you can do that many more times than what traditional technologies would allow people to do in the past.”

Knitwear manufacturer G H Hurt & Son has broadened its horizons by creating an e-commerce website so customers could order the company’s products, which include scarves, snoods and wraps.

It proved to be perfect timing for the Nottingham firm to head in a more digital direction as it was able to take advantage of the worldwide exposure it gained through the royal family.

When a baby Prince George was unveiled to the world by the Duke and Duchess of Cambridge in 2013, he was wrapped in a G H Hurt & Son shawl – with the label visible in many of the images broadcast across the globe.

The influx in exposure led to a flood of orders from all around the world, which G H Hurt & Son would not have been able to facilitate without an online presence.

Since then, the 107-year-old company’s “Nottingham lace knitted baby shawl” has also been worn by Princess Charlotte in 2015 and Prince Louis earlier this year.

Over the past few years, the company has taken a number of steps to this end, most notably introducing the ability to buy its products from almost any computing device.

Catering not only to people’s digital tendencies but their desire for convenience, too, Domino’s customers can use anything from their smartphone and tablet to their smart watch to log on to the firm’s website and place an order.

Features such as a pizza tracker provide a balm for the particularly anxious, while the ability to order from Twitter offers today’s socialites another means by which to remain plugged in.

Last year, Domino’s took things one step further by partnering with Amazon to provide hungry customers with the option of ordering their food using the e-commerce behemoth’s voice command assistant Alexa via its Echo smart speaker.

A common problem companies encounter when undergoing digital transformation is balancing the need for investment in optimising a new business model at the same time as funding new value propositions.

Speaking at the Gartner Symposium analyst conference in Barcelona earlier this month, research director Federica Troni pointed to Italian workplace management firm eFM as an example of dealing with these challenges in the best possible way.

“eFM used digital technology to optimise its business model by using the IoT to improve office facilities and allow it to make critical decisions in real-time,” explained Ms Troni.

“This let it interact completely differently with its customers so it could offer a much more seamless and efficient experience.

“But it was also serious about innovation, dedicating 10% of its budget to coming up with new ways to differentiate itself.”

“It put in place a process to work out how to make the most of this innovation and how to fund it in the first place.

“In addition, it recognised the work style of people is changing, so it has to change with it accordingly.