Opening the first ever Slack Frontiers conference outside the US, Slack CEO Stewart Butterfield spoke about the importance of workplace collaboration, the evolution of computers and automation in businesses 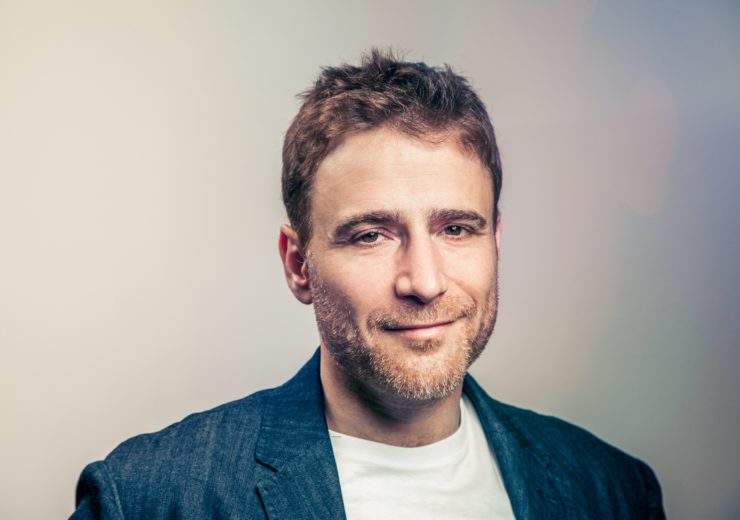 Workplace collaboration is more important than anything else when it comes to determining success and failure in businesses, according to Slack CEO Stewart Butterfield.

The team messaging app’s founder believes that while technology has individual productivity, the co-ordination between employees has been left behind.

The San Francisco-based firm, which has eight million global users and three million paying subscribers, was most recently valued at $7.1bn (£5.5bn) after completing a $427m (£330m) funding round in August.

Speaking at the Slack Frontiers conference in London, the first ever to be held outside the United States, Mr Butterfield said: “At Slack, we don’t believe success, failure or motivation is made by the strategic decisions made by business leaders – or the contributions of genius engineers, creative marketers or an amazing salesperson.

“It’s neither the strategy nor individual worker activity that’s most vital. Instead, the success or failure of most organisations comes down to how well people work together.

“The quality of collaboration is the limiting factor of an organisation.”

Here, we break down everything in his keynote speech yesterday (13 November).

Mr Butterfield, who also co-founded photo-sharing website Flickr in 2004, said there were two types of people that most business advice books were aimed at – informing individual workers on how to perform better and leaders on strategies.

But he believes that lying in between those two concepts is the arguably most important issue of building great teams.

“We call that organisational performance,” he said. “But the hard part is not the sum of the efforts of the people in any simple sense.

“All that effort and energy has to come together in a co-ordinated activity, and getting humans to work together is very, very hard.

“In fact, getting humans to work effectively together towards common goals is almost harder than anything else.”

This can be harder to achieve than many people expect, however, as humans are naturally difficult to co-ordinate.

He gave the example of how a group of people in a social situation will often struggle to decide when and where to go for a meal, with different people taking on leadership roles and some caring more than others.

Explaining why this happens, he said “humans are just naturally difficult to co-ordinate”, but added that a second reason lies in how technology has evolved to help boost individual – but not group – productivity.

Mr Butterfield believes there are three eras of computers, and this evolution has changed how humans function and interact.

While the world’s first general-purpose computer built in 1946 – the ENIAC (Electronic Numerical Integrator and Computer) – was used a simple input and output programming system to calculate artillery firing tables, document-based computers emerged in the second half of the 20th century accompanied by applications like Microsoft Word, Photoshop and Outlook.

Since the mid-2000s, computers have become relationship-based devices as the internet has spread from about 16 million users in 1995 to 4.3 billion in 2018.

Mr Butterfield added: “Up until this point, I thought of computers as like a bicycle for the mind and you could do all these amazing things.

“But around 2005, it shifted for me as the computer that wasn’t connected to the internet was useless, like a rock.

“The smartphone is the ultimate computer for us, connecting us to institutions, government, work, friends, family, all the information in the world and all our personal files.

“In each era, computers have been used for different purposes – completion of relatively simple tasks, then to create knowledge and information, and ultimately we now use them to create connections and to collaborate.

“Slack is obviously a product of this newest era of computing.”

He believes these huge technological advances have led to a major increase in individual productivity.

“Over the past few decades, as we’ve progressed through these eras and software crept into much more areas of human endeavour, we’ve become tens or hundreds of times more productive,” said Mr Butterfield.

Explaining how tech has changed the way recruiters work, he said in the 1990s they would have to manually research and compile a list of all relevant companies to target, and then make phone calls using a telephone directory.

Now, they have LinkedIn, email, databases and various other software to help assist with and speed up these tasks.

“Over the past few decades, we’ve been automating anything and everything we can,” said Mr Butterfield.

“The good news is that leaves people free to use their unique human aspects, such as their intelligence and creativity.

“But it also has the effect that the work remaining, which hasn’t been automated, has become more complex to perform and more complicated to manage.

“If you imagine your position is to supervise a group of people whose job is to screw the leg into the base of a chair, it’s pretty easy to evaluate their performance.

“But evaluating the performance of a software engineering team – or pretty much any knowledge worker – is notoriously difficult.

“That’s why we believe the limiting factor on organisational performance – in other words, the area where there’s the most area for improvement – is how and how well people communicate, the agility with which they can operate and the degree of alignment variable to achieve.

“This limiting factor on organisational performance has shifted from how well or how quickly individual workers can perform assigned tasks to how co-ordinated and aligned they are.

“That’s a big challenge because, despite all these great drives in individual worker productivity, there hasn’t been a corresponding change in how well we co-ordinate and collaborate over the past few years.”

Email has been the primary mode of communication in businesses for decades, with almost every office worker inundated with messages throughout the working day.

While this made an “enormous difference” to people and was the right idea when it was developed in the 1960s, Mr Butterfield believes it has ultimately been the wrong tool.

He said: “If you think about the role email plays in our lives today, it’s kind of an incomprehensible number of different things.

“It’s used for receipts for every transaction you make, gig announcements, wedding invitations, newsletters, unsolicited sales pitches, how contracts are sent back and forth.”

Instead, he believes channel-based communication like the tool offered by Slack, which features persistent chat rooms organised by topic, private groups or direct messaging, are a “huge improvement”.

Within teams, managers aim to get everyone pushing in the same direction but when employees also overlap with other teams within a large organisation, this can be harder to align everyone to the same goals.

Mr Butterfield said: “If all those people in all those different teams are pushing in different directions, no matter how hard you’re pushing, the result is nothing – all that effort cancels itself out.

“So of course, what we try to do is drive towards greater alignment. Although we might not get all the way there, the goal we’re pushing towards is perfect alignment.

“Because when you have that, all the energy everyone is pouring in goes towards moving the organisation forwards.”

He believes staff within a high-functioning team where a team and organisation are in sync can make people “excited to come into work”, while it also helps companies quickly adapt to ever-changing markets and technologies.

Mr Butterfield added: “I’m a business leader myself and I know I’d much prefer a high degree of alignment against a goal that’s slightly off because you can always get back on course.

“What I realise more and more is organisational agility – the ability to adapt to change with the minimum amount of disruption – is becoming increasingly important.”