UK insurtech currently lags behind its US counterparts, which includes the likes of New York-based Lemonade and Metromile 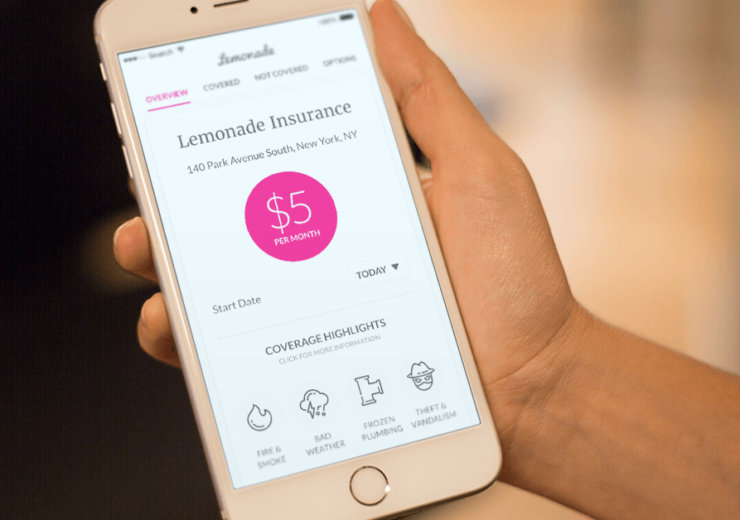 US insurtechs like Lemonade are two years ahead of their UK counterparts, according to UK head of investment bank (Credit: Lemonade)

Despite the prominence of UK start-ups in the global fintech market, its insurtech companies still need to catch up with the US market, according to a director at Silicon Valley Bank.

British insurance technology companies – which deploy artificial intelligence and internet of things to drive greater efficiency and bring down premiums – are often described as among the most cutting-edge in the world.

UK insurtechs also bucked a global downward trend by receiving $1bn in investment last year – up from $792m the previous year – as overall backing for the sector declined, according to KPMG.

But speaking at the Unbound innovation conference in London today (17 July), the California-based investment bank’s UK head of growth Sonya Iovieno believes the US remains the market to catch.

She said: “London is an incredible fintech hub, partly because companies are born here into a multi-currency, multi-jurisdictional environment.

“While we see US fintech scaling enormously, actually the ability of UK and European fintech to go into the US market with very well-developed business models is something that’s quite interesting.

“On the flip side, one of the areas I’m really interested in at the moment is insurtech and I think in the UK, we’re probably about two years behind where they are in New York and on the west coast of America.”

Funding gap between US and UK insurtech

While the likes of German fintech N26 and UK challenger bank Monzo have revealed their plans to launch in the US market, UK insurtechs such as Wrisk and Urban Jungle are currently struggling to follow their lead.

Despite the KPMG figures, Ms Iovieno believes one of the main factors impacting the British market is funding.

She added: “You see the likes of [US-based] Lemonade which, in its last round in April, brought in about $300m from SoftBank to give it enormous firepower.

“In the UK, those companies are only at series A or series B funding rounds, and they’re raising between $5m and $10m.”

“And we’re confident that the best is yet to come.

“The value Lemonade provides, together with the values baked into its model, are fast making it one of the most intriguing, differentiated and compelling brands.”

However, there remains hope that European insurtech will be able to survive the challenge from across the Atlantic.

Ms Iovieno added: “We are at the stage where the traditional insurance companies, such as ING and Allianz, are coming in and investing, and are opening up their books to those new companies.

“So insurtech is something we think is really going to proliferate in the next few years.”