What is N26? Meet the German alternative bank looking to take on UK’s Big Four and crack the US

Digital-only banks like Monzo, Starling Bank and Revolut have surged in popularity in Britain recently. The new kid on the block is N26, an alternative bank that is already used widely across Europe. Dan Robinson sits down with head of international markets Alex Weber to find out how the Berlin start-up plans to compete 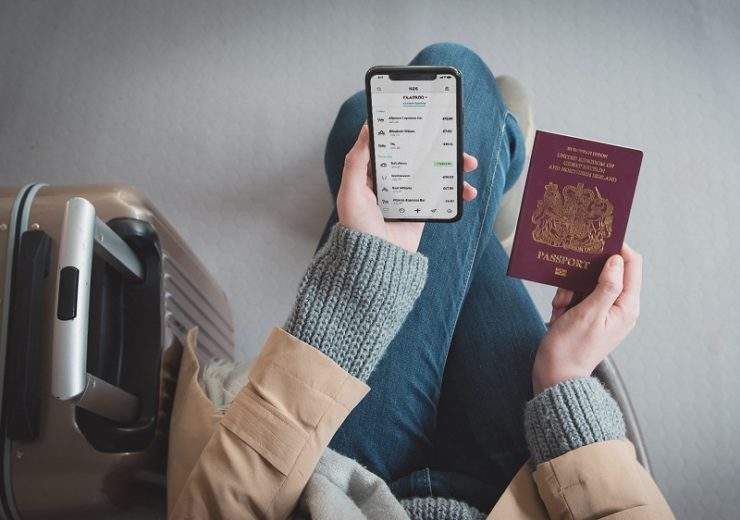 N26 can be used anywhere in the world

The N26 alternative bank uses only an app loaded with features such as savings spaces, spending graphs and an investment plan projection

Launched in Berlin three years ago, it is now available in 22 countries across Europe with 1.5 million customers

It recently launched in the UK, where it will go head to head with other challenger banks like Monzo, Revolut and Starling Bank while taking on the dominant “big four” banks

From Deutsche Bank to Royal Bank of Scotland, the banking sector has been localised ever since the first branches popped up in Italy more than 600 years ago.

It remains one of the last major industries not to have been truly scaled globally, but digital-only bank N26 is hoping to be a trailblazer in doing just this.

Alex Weber, head of international markets, says: “The vision we have is to build a bank that the world loves.

“There’s an opportunity right now to take an industry that’s very localised such as banking global.

“The same has been true in other industries in the past couple of years where something very local becomes very global, like AirBnB, Netflix and Uber.

“They’ve set the standards that consumers expect and we’re building something that meets the standard expected by customers in the digital age.”

Launched in 2015, the Berlin start-up is now available in 22 European markets, most recently opening up to UK customers last month after accumulating a waiting list of 70,000 people.

Alex speaks to Compelo about why it has the potential to take on mainstream and other challenger banks, how its signature app is one of the best around and why the US is next in its sights.

What is N26? A history of the alternative bank

It took two years to get N26 – previously known as Number 26 – up and running after the company was founded by long-time friends Valentin Stalf and Maximilian Tayenthal.

The bank has no branches as customers are able to open an account online via a smartphone or computer, and manage their finances using an app.

All they need to sign up is a selfie photograph or video call to confirm their ID, and a Mastercard bank card that is then sent can be activated in the app.

More than 1.5 million people now use the service, depositing about one billion euros (£894m) into the bank – while a similar amount is processed in transactions every month.

What are N26’s main features?

N26’s main draw as an alternative bank is its app, which enables customers to view their purchases in real-time and view statistics about how they spend their money in graphs and charts.

It has been rated as the best mobile banking app in Europe through customer reviews in both Apple’s App Store and the Google Play Store.

Daily payment and withdrawal limits can be changed instantly, while the service enables users to set up standing orders and direct debits.

Savings can be managed in different pots, such as for Christmas, holidays and mortgage deposit, and an investment feature gives a “plan projection” to show how funds will rise over time.

Although the app can be accessed using Apple Pay or Google Pay – with face and fingerprint recognition to log-in – it also comes with a bank card.

Withdrawals are charged at 1.7% when used abroad for basic customers but are free for those who pay for upgrades.

Alex says: “It’s a new approach to banking and we’re very transparent in our communication.

“You can change your PIN in the app because it’s something customers would expect to be able to do now – they don’t want to receive a new PIN in the post a few days later or to contact a call centre.

“What sets us apart is our radical focus on solving everyday problems, helping people organise their money and split bills with friends.

“We’ve really worked on the spaces feature, which is a variety of sub-accounts.

“When Christmas is coming up, we have this mental accounting going on in terms of how much we need to save up but this is fully flexible in how we organise our personal finances.”

N26 has plans to reach more than five million customers by 2020 by globalising its offer.

While there are banks that already have a global presence – Germany’s Deutsche Bank operates in 58 countries and the Spanish Santander Group is in four continents – Alex says they don’t offer as holistic an experience for customers as a digital-only bank can.

“HSBC is probably the only company claiming to be a global bank but if you try opening a bank account with it in the UK and Hong Kong, it’s not the same experience because it has different IT systems and other infrastructure,” he adds.

“It’s the same brand but it’s built on the legacy. In general, to have a unified experience of a brand, it’s something we haven’t seen before.

“In financial services, we have large players like in the UK where six banks have 85% of the market share.

“It’s the same in Germany and France but we don’t have a European or global bank. The switch from offline to online and mobile offers a unique opportunity now.”

The N26 approach, Alex says, is to build the same experience for a global market, while focusing on attracting some of the best talent from across the world.

The partnership with Mastercard, which is accepted in most countries, also helps it to scale up to any level it needs.

“A local TV station can’t compete with Netflix,” he says. “We’re trying to bundle the very best people, products and suppliers together to provide the best solution everywhere in the world to each local market.”

The tide is slowly turning towards alternative banks like N26 but there is still plenty of convincing to do for the general public.

A study by data and analytics company GlobalData earlier this year found that 28% of people in the UK are now willing to use a digital-only bank, while 35% globally are.

But 41% of UK consumers remain against the idea of a purely digital service and 30% are still on the fence.

A significant 67% admitted they’d prefer to use a bank that has branches – with only 9% saying this wouldn’t impact on their decision – while an established reputation is a big driver for 73% of respondents, versus 4% who don’t believe a strong track record matters.

Alex believes many people are “fed up” of the customer experience they receive with the “big four” banks – Barclays, Lloyds Banking Group, HSBC and The Royal Bank of Scotland Group – which have a 70% market share, according to the Competition and Markets Authority (CMA).

“It’s about building a brand that people trust and a product people want to use,” Alex says.

He believes a “trust formula” needs to be established in which credibility and reliability are crucial and factor in transparent pricing, good communication and a service that’s always available.

Below this is “intimacy” – building relationships with customers so they feel secure depositing their money into an alternative bank’s account – and also includes having no hidden costs.

Alex says: “Over time, if you have the best user experience and trust in the brand, those are the three elements that will make you switch.”

He believes the wider fintech sector is evolving rapidly.

The more that players like ourselves make customers happy, the more it helps the rest of the industry and the growth will be at a faster scale,” he adds.

“What I’ve seen over the past four years is the growth happens in a non-linear fashion, so whereas there were 3,000 new accounts being opened a few years ago, it’s now 6,000.

“If you extrapolate that trend, it will affect those banks that aren’t taking our challenge seriously by transforming their business model.

N26 versus Monzo and Starling Bank

Alex says the company is already a clear market leader in the 22 markets in which N26 operated before Britain and has learned from customer feedback to polish its product.

It’s just as well, because the UK is regarded on the continent as a fintech powerhouse and is already home to a number of so-called challenger banks, including Monzo, Starling Bank and Revolut.

“We’ll launch an overdraft facility soon and you’ll be able to get salaries paid into your N26 account, while also set up direct debits,” says Alex.

“This will make us a very complete proposition that, when you benchmark us against the other players, I’m not sure that’s something many of their users are ready to do yet.

“The fact 250,000 of our 1.5 million account holders use the spaces feature shows extremely high engagement with the customers.”

Future of the N26 alternative bank

By throwing itself into the most competitive market it has entered to date in Britain, N26 will learn a lot in the coming year.

Alex says: “If you look at serious players in this space, the UK is the most advanced in the world.

“But on the other hand, it still hasn’t managed to grow its relevance into the mainstream yet.

“The UK is an interesting market for us because it has this very digital infrastructure and savviness, but still the big four traditional banks dominate the market.

“In countries like Germany, France and Italy, we were the only company doing this so it took a long time to educate people but in the UK, a lot of the education has been done, so there’s a great opportunity.”

“They don’t really have much there in terms of alternative banks,” adds Alex. “It’s quite fragmented.

“The digital banking space has been a niche. They have peer-to-peer lending and apps to pay friends but not really a current account.

“There’s one or two players but it’s a huge market that’s characterised by offline transactions like cheques.”