From Uber to Cruise, these are the autonomous car companies to benefit from SoftBank’s $100bn investment fund

The Japanese conglomerate is known for its lavish investments in tech start-ups, with several autonomous vehicle companies receiving major backing 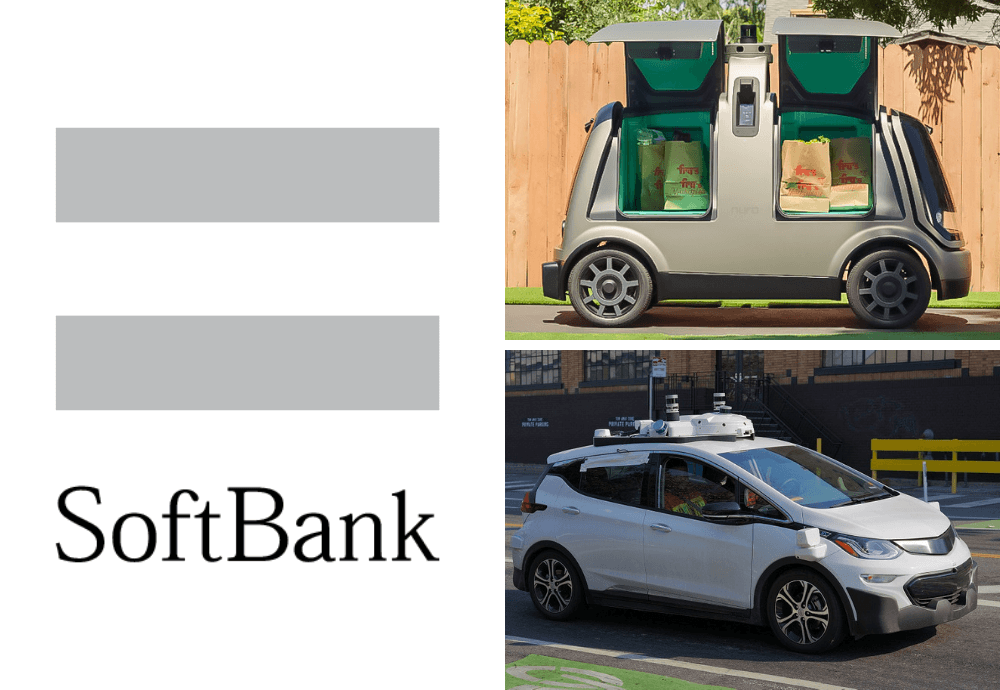 Japanese conglomerate SoftBank is one of the most influential companies in the development of driverless cars and is dominating the market through its investments.

After starting in the software and telecommunications industry, the Tokyo head-quartered firm has a history of hedging its bets on fast-growing technology companies and regularly invests in several competing businesses at the same time.

Spearheaded by its $100bn (£77.27bn) Vision Fund, the largest technology fund in history, SoftBank has an an investment portfolio which includes the likes of WeWork, Bytedance and Flipkart.

Believing ride-sharing is the future of global mobility, it has also heavily backed companies such as Uber and Didi Chuxing.

SoftBank owner Masayoshi Son will be hoping one of these autonomous vehicle companies will be the latest investment to bring the company billions.

Its position as Uber’s largest shareholder means the investor has two representatives sitting on the company’s board.

The Japanese conglomerate was also part of a group, which included Toyota and Denso, that invested over $1bn (£775m) in the autonomous vehicle arm of the San Francisco-based company.

It brought the value of the self-driving vehicle unit up to $5bn (£3.86bn) despite reports that the technology programme is losing millions of dollars.

Mr Son will hope the addition of Uber to the firm’s investment portfolio will pay dividends when the world’s largest ride-sharing platform goes public later this year.

Reports estimate Uber could be worth $100bn (£77.26m) when it debuts on the stock market – meaning the value of SoftBank’s shares would be double the price they were purchased for.

However, the situation could have been very different if Mr Son’s threats to turn his attention to Lyft were realised.

Lyft – Uber’s main competitor in the US – recently went public but its performance on the NASDAQ stock exchange dropped by up to 20% in the first month of trading in April.

Didi, China’s answer to Uber, has been another key target for SoftBank’s investors.

SoftBank’s third, and most recent, investment of $1.6bn (£1.24bn) came in March this year, bringing its stake in the company to roughly 20%.

Like Uber, the Chinese ride-hailing company is developing autonomous vehicle technology in order to remove the need for paid drivers.

Didi’s vice-president claims the company is a front-runner in driverless technologies and hopes to begin testing its autonomous cars soon.

Driverless delivery start-up Nuro was another recipient of SoftBank investment.

Founded by two ex-employees of Google’s self-driving car project – now known as Waymo – the US company received $940m (£729m) from the SoftBank Vision Fund in February 2019.

Its autonomous delivery vehicles, known as R1, were part of a pilot in Arizona in 2018 and can carry up to 12 grocery bags at a time.

The small vehicle is capable of operating without a safety driver and is designed to never exceed speeds of 25mph.

Ola is another ride-sharing company that is part of the SoftBank investment portfolio.

SoftBank was an early backer of the Indian taxi service and has a minority share in the company.

Attempts to increase its share have been rebuffed by Ola as co-founder Bhavish Aggarwal was reluctant to give up further control to the Japanese conglomerate, despite an offer in excess of $1bn (£775m).

Ola has partnered with Microsoft to create its own connected vehicle platform Ola Play – which will run off its Azure cloud computing service and has the potential to be used in autonomous vehicles.

Grab – the Uber of South East Asia – is yet another company which has been absorbed into SoftBank’s portfolio.

SoftBank first confirmed its interest in the company in 2014, when it funded its $250m series D round – which Grab claimed was the largest ever investment in a technology company from the region.

Grab, which operates in eight countries, has research and development teams in Singapore and Seattle.

It has set its aims on bringing autonomous taxis to Singaporean roads by 2022.

Cruise Automation is the autonomous driving division of General Motors (GM) and is more overtly involved in the development of driverless technology than some of SoftBank’s other investments.

The company tested a fleet of 30 driverless cars on US roads in 2016, runs an autonomous taxi service for its employees and believes it could be available commercially by the end of this year.

The alliance, known as MONET or the “mobility network”, was started with an initial capital of $17.5m (£13.5m) – a modest amount relative to SoftBank’s other investments.

The joint vision is for a future of “autonomous mobility as a service” where businesses use driverless transport for on demand meal deliveries, shops and medical services.

Toyota and SoftBank hope that their combined expertise will give them an advantage over other companies developing autonomous vehicles.

The Japanese car manufacturer also has investments in Grab, Uber and Didi.

SoftBank subsidiary SB Drive is attracting its own investors.

SB Drive is targeting a 2020 launch for its self-driving public transport and hopes to bring more frequent bus services to rural areas of Japan and China.

The tech will initially be used on fixed routes around airports and tourist hotspots.