Britain's thriving fintech start-up scene has resulted in a number of digital banks setting up in the UK, aiming to challenge the “big four” banks 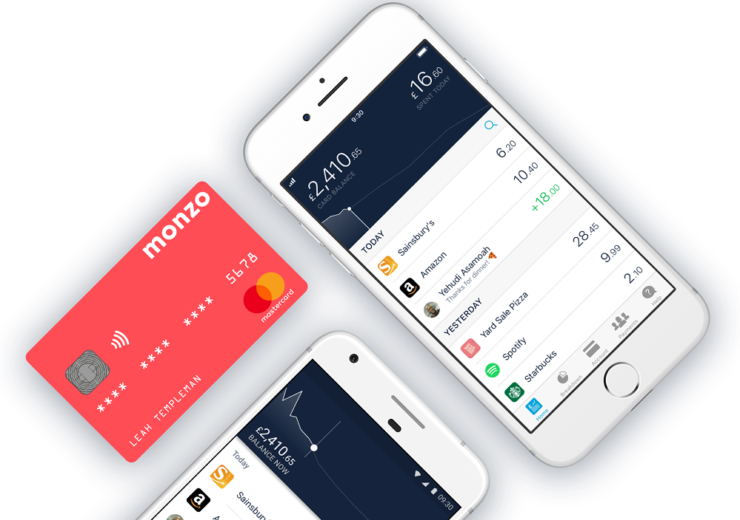 Gone are the days of queuing up in a bank branch to deposit a cheque as a number of digital banks in the UK have popped up – making it as easy to transfer money or get a loan on a smartphone as it is to post a picture on Facebook.

Britain is one of the global leaders in this space due to a thriving fintech sector and a regulatory landscape that encourages challenger banks to break up the dominance of the so-called “big four” through the government’s open banking initiative.

A recent study by the Competition and Markets Authority (CMA) found these banks – Barclays, Lloyds Banking Group, HSBC and The Royal Bank of Scotland Group – retain a 70% share of current accounts.

But online and app-based banks are now aiming to disrupt this market, with GlobalData research showing that 28% of UK respondents – and 35% globally – are now willing to use a digital-only bank.

Here are nine digital banks in the UK that are leading the way in challenging the high street grip on holding our money.

The five founders first met while working for Starling – another digital-only bank.

Monzo was granted a banking licence in April 2017 when it launched its first current account.

The bank recently registered its one millionth customer but despite £2bn being spent through Monzo so far, the company is yet to post a profit.

It also allows users to send instant payments to friends and users can withdraw up to £200 abroad free of charge.

Starling Bank offers both a digital-only current account and business banking for its customers.

The London-based fintech company was part of the first wave of disruptor banks in the UK and was founded in 2014.

Like Monzo and N26, Starling cards use a globally-accepted exchange rate when spending abroad and doesn’t add any charges.

At the close of the bank’s financial year in November 2017, Starling had a total of 43,000 personal current accounts open with the bank.

Atom Bank became the fastest-growing digital bank in the UK in October 2017 when it surpassed £900m in deposits within two years of its launch.

The app-only service offers fixed savings accounts at up to 2.7% AER and mortgages offered through brokers.

The bank goes further than some of its competitors in the digital space by removing cards entirely, instead using facial and voice recognition for users to access their account and make bank transfers.

In March, the Durham-based fintech company surpassed £1.3bn of deposits and had loaned over £1.2bn to SME businesses and homeowners in the UK.

Pop musician will.i.am acts as the bank’s strategic board advisor and will provide an external perspective on culture, philanthropy and technology.

Although N26 is a new entrant on the UK banking scene, the disruptor bank has been available in Germany since 2015.

It now operates in 22 countries across Europe and has more than 1.5 million customers who generate over €1bn (£886,000) in monthly transaction volume.

The digital bank offers different spaces for saving money to allow people to easily take control of their money, and has metallic cards for premium account holders – who can take advantage of benefits such as travel insurance.

Revolut is another app-based bank account that offers a similar service to Monzo and Starling. But it is yet to be granted a full banking licence.

This means that, unlike some of the other app-based accounts on the list, the Financial Services Compensation Scheme, which protects an account holder’s finances up to a value of £85,000 should the bank go bust, does not apply.

When spending abroad, the card offers the market exchange rate, allowing users to easily switch between currencies for free.

It is also useful for people who have invested in cryptocurrencies, as they can buy currencies such as Bitcoin and Ethereum, rather than having to go through a crypto exchange.

However, certain features require a premium account costing £6.99 a month.

To date, there are more than three million Revolut account holders who have made over 250 million transactions totalling £25bn.

Coconut is a current account designed for freelancers, small business owners and the self-employed to free them from completing business administration tasks.

The London-based bank automatically updates a user’s accounting details, removing the need for bookkeeping, and provides an estimate of how much tax they will owe at the end of the year.

The app, which currently has 4,000 users, also gives advice on what expenses freelancers and self-employed workers can claim for.

Rather than a new bank, Plum acts as a savings assistant that connects to an existing account.

Capitalising on the popularity of Facebook Messenger, Plum operates through a chatbot that provides savings advice based on a user’s spending.

Founded in 2016, the smart savings software calculates a suitable amount of money to set aside and automatically transfers it to into a Plum account – which doesn’t require the lengthy set-up process of ordinary savings accounts.

To withdraw money, users can simply message Plum an amount via Facebook Messenger and it will be transferred to a customer’s current account – although this process is not always instant.

So far, more than £20m has been saved by Plum customers across the UK.

Chip offers a similar savings service to Plum and uses an AI-powered algorithm to calculate how much a user can afford to set aside every few days.

Like Plum, it securely connects to a current account to calculate the best amount to save and automatically transfers it to a Chip account – which is hosted by Barclays.

A user’s money can then be accessed via the Chip app.

The basic Chip account doesn’t offer any interest but this can be increased to between 1% and 5% by recommending friends to the service.

Loot is a digital current account aimed at the millennial market to help them keep track of their spending and manage their money.

Loot’s Welsh founder Ollie Purdue spotted the desire among millennials, particularly the 16-24 age group, for better ways to manage their money and founded the company in 2015.

The app lets users access their financial information through their mobile and provides functionality like real-time spending updates and the ability to set weekly budgets to help customers manage their money.