Smart home services will become more important than devices as the industry looks to move forward — but are we keeping pace with the security concerns they bring? 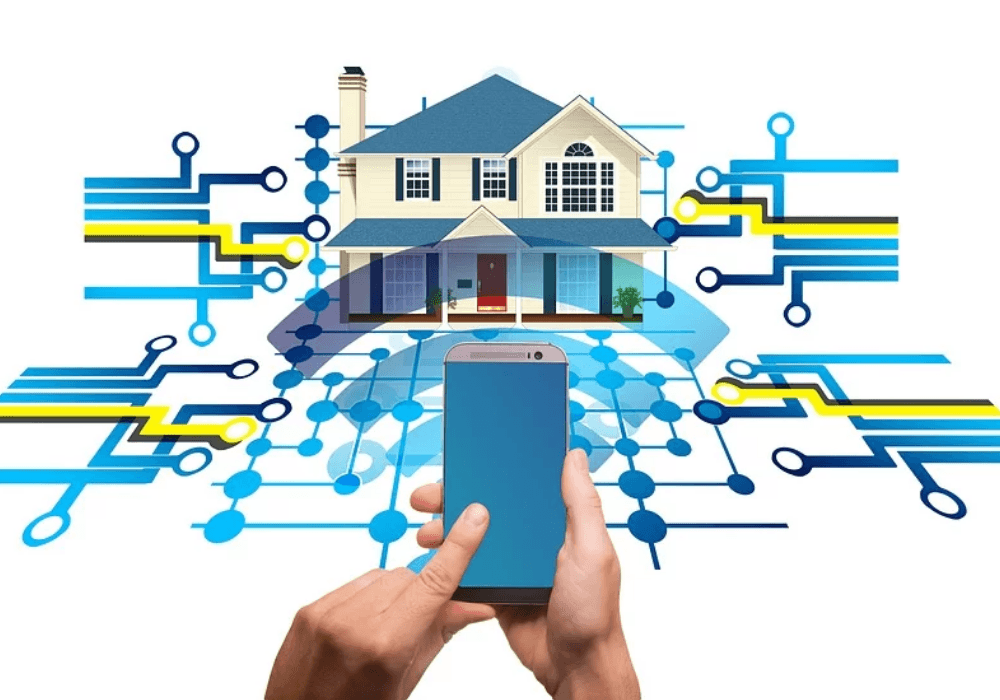 Smart home technology has grown in popularity in recent years, but there are security issues to be aware of (credit: Pixabay/geralt)

Voice-command technology replacing television remotes and a companion robot on wheels could soon become the reality of modern smart homes — but are we ready to tackle the security issues around inviting such devices into our dwellings?

With a rapid rise in smart-home technology over recent years, following the release of software such as Amazon’s Alexa and the Google Dot, analysts believe security is a pressing issue that needs addressing, now.

According to a report by National Public Radio and Edison Research, there were 118 million smart speakers in the US alone in early 2019.

Mariana Zamoszczyk, a senior analyst at independent consultancy firm Ovum, has been researching what the future holds for such smart-home technology.

She said: “We have seen that smart homes and especially smart home devices are very successful these days, but the key is not devices, the key is now going to be the services that you run on top of those devices.”

Zamoszczyk was speaking at last month’s Broadband World Forum in Amsterdam, where industry experts discussed the future of smart homes, along with the potential security issues that come with the facilitating software.

The technology provides far-field voice-command that is compatible with Amazon’s Alexa and SFR’s voice-control application.

It makes it easier for consumers to control their television, with the voice-command interface making remote controls redundant.

Cardy said: “We’re seeing early success and then we’ll see how it goes over the next six to 12 months with consumer adoption.

With the technology being compatible with Alexa, Cardy believes companies should be looking to work with already available software, instead of trying to create everything from scratch.

For example, if companies try to create their own “wake” words – those that activate a device, such as “Hey Alexa” – in voice-command technology, this could have a negative impact.

“It’s not going to be successful if operators come out and have their own ‘wake’ word and their own natural language interface,” he added.

“We should use what’s already out there, and leverage what Google and Amazon have done after they’ve invested billions. They are very good at it.”

Could robots inhabit smart homes of the future?

Zamoszczyk has been analysing trends in smart homes and believes the key to the future of such dwellings will be how companies build on the software they have already created.

She said: “When we look at the market as a whole, we see that the smart home, especially smart home services, are going to be showing the most important growth rates when you look at the whole technology, media, and telecom ecosystem.

“But services are the key here and we will see companies such as Amazon and Google going more and more towards services because revenue coming from devices does not necessarily pay the bills.

Zamoszczyk said the next step could see the roll-out of a robot in homes.

“I’m sure pretty soon Amazon is going to release a smart home robot. It’s going to be like a smart speaker with wheels, and it’s going to provide support and companionship,” she added.

Although there are benefits to having smart home devices, this can make people a target for internet hackers or burglars looking to exploit security breaches to enter homes.

Kai Steuernagel, head of smart home technology strategy at German telecoms company Deutsche Telekom and the Qivicon cross-industry association for home automation solutions, spoke about the issues customers should be aware of when signing up to such software.

He said: “We see more and more that IoT becomes the main target for hackers for security threats.

“They are taking over IoT devices to click on apps and targeting internet-connected gas pumps, which is quite a different threat to security.

“The question that really comes up is ‘if it’s not secure, is it still a smart home if I have to face all these risks? And what can I do against that?’

“This is why some customers are maybe a little bit reluctant to take on smart home solutions today because they see a risk in doing so.

“From the operator’s standpoint, we are asking ourselves, and making a statement, by saying ‘not everything that is possible should be done, just because it is possible’.”

Steuernagel believes that everywhere in the home is vulnerable to security threats when smart home devices are hooked up.

Taking the perspective of a hacker, he said: “I want to get access to mass data. So this is what every data centre is facing because when they get access to millions of user accounts. That is of great interest to hackers.

“I want to spread a virus. IoT devices are maybe not facilitated with a virus scanner, and so those devices which are out there in numerous forms, are ideal to spread viruses.

“If I want to get access to private data, so rather than the mass data, I want to access your data. So it’s very specific because you are my victim, you are my target.

“Another one is typically denial of service. Maybe you want to bring the service down and get physical access to the individual home.”

Steuernagel believes there is a real and growing risk that criminals will use the rise of smart home technology to gain physical access to dwellings or plunder sensitive personal data — leaving many questions still to be answered over just how clever your smart home of the future really is.