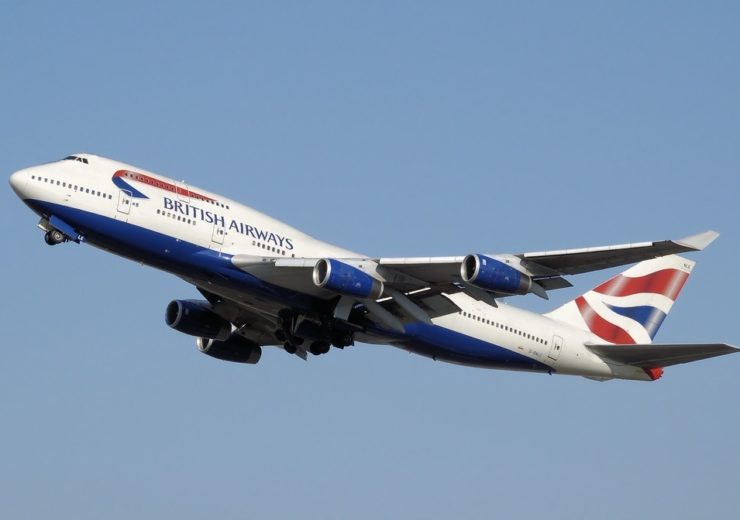 Progressing passengers from “road to runway” is no simple task. With multiple processes and checks along the way, bottlenecks can easily occur as peak time numbers surge. Yet Gatwick Airport has tackled these passenger pinch-points by using IoT sensors and data monitoring software to make the passage to flight significantly more efficient. Paul Bannister and Alex Webber, the IT developers behind the innovation, explain to Peter Littlejohns how it works.

Gatwick Airport is the UK’s second-busiest facility for air travel, with 46 million passengers passing through its two terminals in 2018.

It’s also the most efficient single-runway airport in the world – with 55 planes landing or taking off every hour during peak periods.

While Gatwick’s airfield operations are incredibly efficient, historically it had nowhere near the same insight into the passenger journey from road to runway — offering plenty of potential obstacles to trip up travellers striving to reach their flight on time.

To address this blind-spot, IT development specialists Paul Bannister and Alex Webber were put to work creating a data collection and monitoring strategy to help iron out the airport’s pre-flight creases to smooth customer progression.

Their weapon of choice was Splunk – a software that ingests and analyses data from machines, IoT sensors and other computer programmes.

The duo spoke about their journey to achieving this at Splunk’s annual conference in Las Vegas, Nevada, earlier this month – with NS Business in attendance.

Bannister says: “I’ve been at Gatwick for 11 years now, five of which I’ve been Splunking in the IT department.

“Ever since then we’ve grown our use case significantly across the entirety of airport operations.”

Bannister and Webber say their journey started with monitoring the performance and stability of Gatwick’s e-gates – the electronic checks that allow passengers to scan their passports and quickly to the security checking area.

They’ve since gone on to crunch numbers in several other areas to identify problems before they arise and ensure the pre-flight process remains as smooth as possible.

“Our real ambition was to dig deep into the prospect of operational intelligence across the entire passenger journey – which is why we like to say our journey goes from road to runway,” Bannister adds.

Prior to applying a data monitoring strategy, Gatwick Airport had no way of knowing the current availability of space in its car parks – one of which has 2,500 spaces – without sending someone to carry out a manual check.

“We had no real oversight into this at all, bar a few Excel spreadsheets kept in the offices of the commercial and operational teams,” says Bannister.

“The only real way to check the occupancy or usage rates of each car park was to literally send a man in a van out to all of them, armed with a clicker counter.

“I actually tried it on one of the smaller areas as a test, but I got bored.”

An additional concern was the health of machinery that could delay staff trying to get to work in the airport, such as the barrier that lifts to admit vehicles when drivers swipe their employee ID.

The only way faults would be picked up by the airport was if somebody physically called the engineering department to notify them.

“I can assure you from experience, based on my former role in airport security, that when you’re turning up for work at 2AM, the last thing you want to do is ring up a fault line,” he adds.

In order to gain the visibility needed and save the worker tasked with mindless car park clicking, Bannister and Webber set up Splunk’s software, Splunk Enterprise, to ingest data from the log files of each swipe reader and present them as a dashboard to relevant staff.

Bannister says: “Using this data, combined with the knowledge of our on-site IT centre, we were able to create a car park occupancy monitoring system – providing insight in near-real time.

“The dashboards also show up any issues that are happening with barriers or readers, automatically sending an email to the operational teams as and when they go into fault.”

According to Bannister, Gatwick has more than 2,000 staff working in its security operation – the largest staff count of any department in the airport.

Numbers alone do not necessarily create efficiency, and with Gatwick’s target set at progressing 97% of passengers through security in five minutes or less, manpower alone is not enough to achieve such an ambitious goal.

That’s where the airport’s operational performance management system — created through Splunk — comes in, allowing managers to analyse the overall procedure.

The data pushed to Splunk comes from the combination of machines used in the airport security-checking process and Xovis sensors – a passenger counting IoT device – all of which populate a dashboard monitored by duty managers.

“Managers also get live queue times, with the ability to drill down by terminal to get an even more granular view, broken down by lane, of the key areas.

“These are aspects such as passenger and bag presentation, as well as things like x-ray belt stoppage reasons – all of which allow duty managers to see which lanes need assistance or improvement.”

There are plenty of points in the passenger journey that can cause delays, whether this is the minor inconvenience of someone who must jump the security queue because their “flight leaves in five minutes” or the more serious incidence of aircraft arriving late or being cancelled.

These more pressing events can have a knock-on effect for the operations at Gatwick Airport, and Webber says before employing a data monitoring and IoT strategy, staff had trouble assembling any kind of disruption plan to get processes back on track.

“Historically, we didn’t have any way of being able to fully plan the event of disruption, so if something went wrong, there’d be a lot of people sitting around with Excel spreadsheets trying to work out how many passengers are going to come through.

“If we were still processing passengers through our security area and flights weren’t taking off, eventually we’d run out of capacity in our departure lounge or gate rooms.”

To solve this problem, Webber and Bannister installed Xovis sensors at all of the key stages in the passenger journey, and plugged the data straight into Splunk Enterprise to get a dashboard overview of performance.

Flight schedules and real-time aircraft tracking data are also plugged into the dashboard.

Webber adds: “This gives us insight into literally everything that’s going on in each terminal, from the scheduled flow rate on our airfields – which allows us to see the busy points in the day – to passenger forecasts that show us when to expect to see arrivals through security or just checking in.”

“We can also drill down into each area and get real-time insight into the current queue lengths at the different zones around the terminals, which allows us to send assistance to manage increased flow.”

A similar system of sensors and tracking data allows the airport to identify hold-ups in the baggage area and re-route items where needed to smooth out operations.

What’s next for Gatwick Airport’s data and IoT strategy?

When Bannister and Webber started using Splunk to optimise Gatwick Airport, the IT development team consisted of just them – but their success has been recognised through the business, and they now get requests to tackle many new issues.

“The dynamic has changed to people coming to us with their ideas and asking what we can do for them – our workload right now is plentiful,” says Bannister.

One of the latest issues the duo had to address was the need for a back-up to the cloud-based process that enables screens within the airport to show real-time flight data.

Should Gatwick lose internet access, those screens would shortly follow, forcing staff to manually enter each status update or, according to Bannister, use “whiteboards and marker pens”.

By accessing the data already being collected on flight schedules and aircraft movements, Bannister and Webber were able to create a Splunk dashboard that kicks in as a back-up if the internet goes down.

They are keen to continue using data monitoring in the airport, but there’s no word just yet on how they’ll stop the person whose “flight leaves in five minutes” from pushing to the front of the queue.