Mind-reading technology: How Facebook and Musk are heading up Silicon Valley’s latest trend

As Silicon Valley boosts investment in mind-reading technology, should we be concerned about the new trend or welcome the possibilities it could bring? 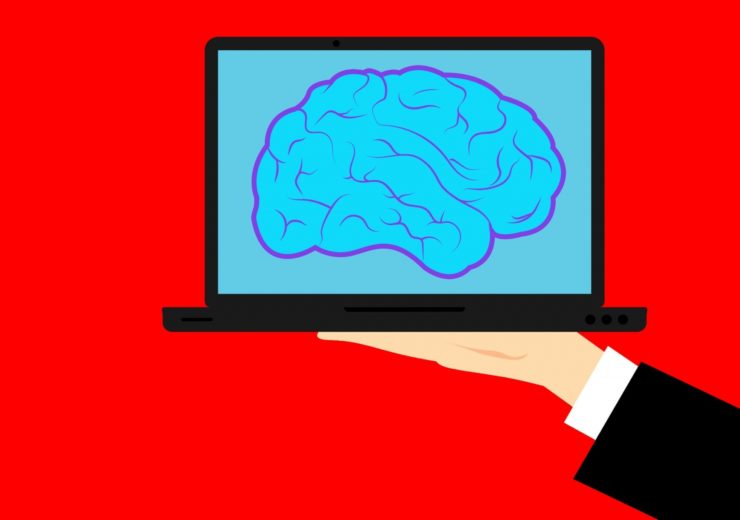 Two of the best-known tech trendsetters in Silicon Valley are turning their attention to a new and slightly less artificial form of intelligence, as the race for mind-reading technology gets underway. Sam Forsdick explores the potential implications that such technology could have on mankind.

“So, what if you could type directly from your brain?”

This was the extraordinary question put to delegates at the F8 Facebook developer conference in 2017.

And more importantly for many observers, Facebook was serious about creating a viable product that could be “manufactured at scale”.

Facebook has since revealed more about its thought-deciphering tech in scientific journal Nature Communications, and acquired neural interface start-up CTRL-Labs — which has developed a wristband capable of reading electrical impulses from the brain.

For some, it’s a worrying proposition that a company such as Facebook, is now looking to delve directly into our personal thoughts.

“Already, Facebook and other tech companies are trying to scrape as much information as they can on us from our online interactions,” says Garfield Benjamin, a technology and media researcher at Solent University.

“If they can tap directly into our brain, then that is only going to escalate — there’s a massive risk of exploitation.”

Yet Mark Zuckerberg’s Facebook is not alone in the quest to ‘read our thoughts’.

Not to be outdone, Tesla CEO and AI doom-monger Elon Musk has his own mind-reading tech start-up, Neuralink.

The neurotechnology company revealed earlier this year that it was using monkeys to test a “brain-machine interface” that uses implanted “threads” to read brain-waves.

Musk believes the tech will prove important to the future of civilisation by preventing humanity from being superseded by AI.

But what is really behind these sci-fi-like ambitions, and what could the technology mean for society?

Although mind-reading technology is not a new field — MRI (magnetic resonance imaging) and EEG (electroencephalography) machines have been used in the medical field to decipher brain-waves for years — interest from Silicon Valley has escalated development.

Benjamin says: “Facebook and Elon Musk have very different priorities with their uses of the technology.

“When Silicon Valley gets involved, it’s always going to focus on issues of productivity and updating the human to keep on track with technological developments.”

As automated technologies become capable of completing ever more complicated tasks, neural interfaces have been heralded by innovators, such as Musk, as a possible solution to robot replacement in the workplace.

Musk believes that Neuralink will eventually allow people to “upload a skill and learn it instantly, like the Matrix”.

On this point, Benjamin warns: “In doing so, it risks treating humans more and more like a machine”.

He says: “I wonder how Musk has managed to overlook all the sci-fi movies that are supposed to act as warnings, not business plans.

“This technology needs to be rolled-out carefully, not just with how it’s tested and developed, but how it’s used.

“It could potentially come to shape the norms of technology and could either be used for good and the benefit of everyone, or could severely exacerbate inequalities.”

For individuals, mind-reading technology presents clear privacy risks, while Musk’s bold assumptions that information could be uploaded suggest that people’s thoughts could be manipulated.

Benjamin adds: “If employees have technology fitted that taps directly into their brain, who’s managing that system?

“Is it all run through Facebook or Neuralink, for example, and, if so, there’s a massive risk of hacking, loss of intellectual property and damage to workers.

“Companies already own our work emails, but would they have the same power to read our thoughts during working hours?

“There are going to be a whole host of issues to work through and be negotiated between employers, governments and rights groups.”

Is mind-reading tech something to be feared?

Craig Vachon, venture capital investor and author of The Knucklehead of Silicon Valley, believes that some of these assertions underestimate the complexity of understanding the brain.

“The challenge with the process of trying to ‘read’ minds, is that our brains are structured in a frighteningly complex system,” he explains.

“We know that each neuron and all of its millions of connected neighbours form a large and ever-changing network.

“Furthermore, this network is malleable, ever-changing and unique to each human. In other words, it is really, really messy in there.”

He claims that the current science is “nowhere near understanding full conversation”, despite Facebook’s breakthroughs in the field.

Current applications of “mind-reading” devices that track electrical impulses in the brain are more commonly found in healthcare, and reveal a more benign future for the technology.

Benjamin says the new forms of mind-reading tech are “rooted in accessibility and disability issues, with a long history of technology that taps into the brain to restore sight or movement of artificial limbs”.

He adds: “One of the use cases that is frequently referenced is the ability to type directly from our brain.

“On the surface, this would be useful for people who, like Stephen Hawking, can’t use conventional interfaces.

“I think those sort of developments will be the first and most useful ones, but will also be quite different from the sci-fi visions of people telepathically sending words across to a screen.”

Benjamin believes some of the more interesting developments in mind-reading tech could come from the healthcare sector — rather than Silicon Valley.

The call for regulation

The efforts of Facebook and Neuralink have placed the topic of mind-reading technology firmly on the agenda.

Rob Brown, vice president of Cognizant’s Center for the Future of Work, comments: “Mind-reading technology is opening a window into the soul, and while users’ comfort when it comes to engaging in new technologies is essential, protecting customers is critical.

“The last thing the tech industry needs is the perception of another ‘scary technology’ on the horizon in the future.”

Earlier this month a group of leading scientists from the Royal Society called on the UK government to launch a national investigation into this emerging field, in an attempt to guarantee safe implementation of this technology “for the benefit of humanity”.

They claimed that we “should act now to ensure our ethical and regulatory safeguards are flexible enough for any future development”.

For many, early regulation is the way forward. Benjamin says: “If we believe the hype, in five years’ time these devices could be ready for implanting.

“It hasn’t necessarily worked in the past, but I think there is a much better acknowledgement now — in the wake of the Facebook-Cambridge Analytica scandal — that regulation of these tech companies is needed.”

Craig Vachon concludes: “Should we be scared? No more than any other tool being developed today. This means to say, probably. In my opinion, we’ll need to be extremely thoughtful about how this is used.”