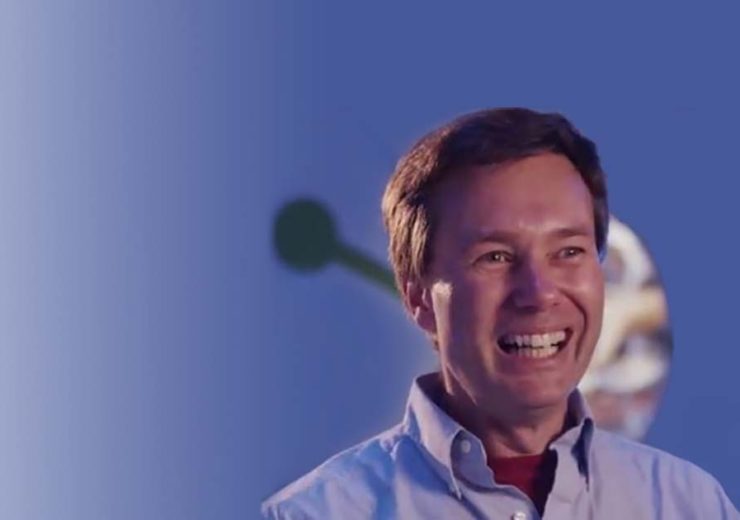 With 43 patents to his name and counting, IBM CTO Andy Stanford-Clark is well deserving of his title as a “master inventor” for the company. He talks to Sam Forsdick about the power of IoT – a technology he’s spent two decades working on

Andy Stanford-Clark became one of the first owners of a smart home ten years ago, when he retrofitted his thatched cottage in the Isle of Wight to tweet him updates on its energy usage, when his dinner was ready or whether a mouse trap had been triggered.

The IBM UK chief technology officer hoped that his “tweetjects” – objects that tweet – would act as a showcase for some of the technology he has played a fundamental role in creating over the past 20 years.

He is one of the co-inventors of MQTT – the messaging protocol that IoT devices, such as smart energy meters, smart speakers and smart watches, use to communicate with the cloud.

“Whenever a sensor, like a temperature sensor, a humidity sensor or something controlling a pump in a pumping station, sends data to the cloud, that little sensor will almost certainly be talking in MQTT,” he says.

“MQTT standardised the language that smart devices use to talk to each other, rather than having a million different protocols.

“It means that you can take a device off the shelf, plug it into your system, and it will instantly be recognised.

“I’m very proud that hundreds of millions of devices are using that protocol every day.”

Andy’s rather conservative estimate is on the rise – current totals place the number of IoT connected devices at 27 billion and that figure is expected to increase to 125 billion by 2030.

However, he believes the technology is still missing that “killer app”.

“People were hoping that something like the IoT-connected toothbrush, or the IoT hairbrush or something, would sell a gazillion devices and everyone would have one in their house,” he says.

“Currently, the Amazon Echo or the Hive are the nearest things to that.”

One area where IoT technology has taken off is in the industrial sector.

Smart sensors are being used by logistics companies to track shipments and in factories to check the performance of production lines.

Andy adds: “Industry 4.0, which essentially means running your business on data, is enabled by the sensors and the data pouring in from them.

“The data can be stored in the cloud and you can use machine learning, AI, digital twins and all those technologies, which allow you to make sense of that world out there and run your business more effectively and more efficiently.”

The IBM exec explains that one of the most obvious value propositions of industrial IoT is in predictive maintenance.

Andy says: “Using data from sensors in a predictive model can measure how an engine is behaving and inform you whether it will fail in six months’ time.

“It means that you can proactively do maintenance on it before it actually breaks – the value of that to businesses is essentially a gift.

“Quite a lot of industrial IoT projects justify their entire return on investment based on the first predictive maintenance project.

“So, by a rough order of magnitude, it’s about 100-times more expensive to go out in an emergency at three o’clock in morning in a helicopter to fix something that’s just broken.

“And that’s why it’s so much more cost effective to do predictive maintenance – it really justifies a lot of the industrial IoT effort.”

Andy Stanford-Clark on whether AI and blockchain will live up to the hype?

With two decades of experience, IoT is the technology that Andy has worked most closely with.

But, as part of his role as IBM CTO, he also advises clients and their IT teams on which future technologies to adopt to help run their businesses more successfully.

Andy says: “You see a lot of emerging tech fall into the realm of disillusionment and I think there’s a few that are heading that way at the moment.”

Although he wouldn’t be pressed on which technologies he thought fell into that category, he adds: “You have to be careful of the excessive hype because there are some technologies that promise much and, although they have potential, there’s a lot of work still to be done.

“It depends how you talk about technologies and some need much more careful marketing.

“For example, don’t promise that AI is going to put a human on the moon.

“Several technologies will be needed, of which machine learning will undoubtedly be a component.

“It isn’t helped by sci-fi films such as 2001: A Space Odyssey, which has these computers that talk to you. In reality, it’s much more mundane than that.”

The key for Andy is how the technology is applied. Blockchain is another recent example of a technology that has received a lot of attention in the media.

Andy says: “I’ve heard people comparing how the excitement about blockchain is the same as getting excited about spreadsheets – that’s a little bit disingenuous but it depends on how you apply it.

“A good example is the “field-to-fork” supply chain for finding the provenance of food.

“If you’re eating a steak that’s bad for some reason, you want to very quickly find out where it came from to make sure there aren’t any public health issues.

“Rather than having to regiment the whole supply chain through all the different agencies, shops, abattoirs and packers along the supply chain – if you just put a log of everything you do into your local copy of the blockchain, you can then trace a steak back to the cow in the field.

“In cases like that, the loose association with blockchain becomes part of a bigger, more powerful element.