5G is the “mother of all technologies” that will have the biggest transformation for industry once it is rolled out next year, says Orange Business Services CEO Helmut Reisinger 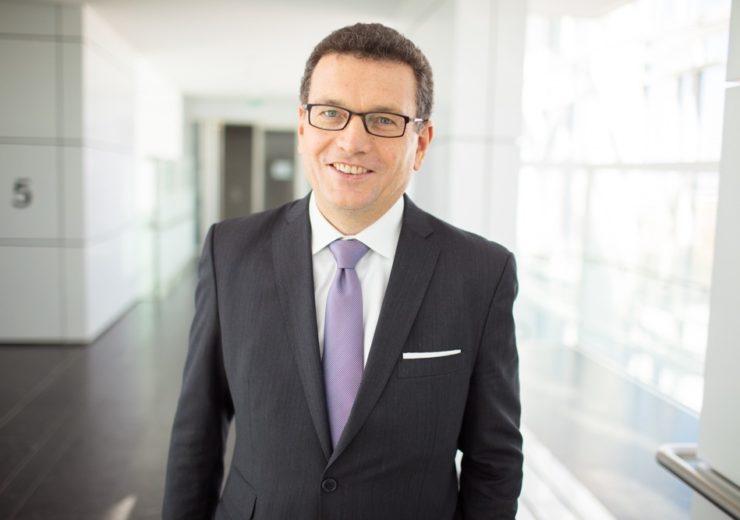 Human imagination is the only thing limiting the potential of 5G as one of the most high-profile execs in telecoms says it will transform industry.

Orange Business Services CEO Helmut Reisinger believes the next-generation internet technology will help steer a move away from the internet being primarily consumer-driven as the amount of data created and shared by businesses rises exponentially.

He put forward a concept called the “Internet of Firms” – a new take on the Internet of Things (IoT) buzzword, which describes smart devices equipped with a web connection communicating with each other.

What is the ‘Internet of Firms’?

Speaking at the Orange Business Summit in Paris last week, Mr Reisinger said the “Internet of Firms” involves the idea of a company’s skilled workers and different sites collaborating more through smart technology.

“With 5G, I believe we’re moving into the era of the Internet of Firms,” he said.

“It brings together an ecosystem and forces organisations and devices to have dialogue with each other – these are augmented firms where sharing data becomes vital.

“The internet for the consumer is by and large about connecting people in ways that used to be on the phone but now it’s on WhatsApp.

“Now we’re moving forward to the ‘Internet of Firms’ – or the ‘Internet of Enterprise’ – and this isn’t just about hooking up individuals but communications, devices, sharing expertise and with cyber security.

“It’s about linking sites and knowledge workers in a company across the world in an ecosystem play. So it’s not just about sharing emotions but the know-how of a given company.”

5G will transform industry – but it will take time

He said this will require companies to be smarter in how they manage the data as future products and services will be born from “our commonality to build bridges in industry – the ability to pool talents, expertise, organisational models and even funding streams”.

“But it will depend on how much we want it to make France a leader in 5G,” he said.

Mr Reisinger pointed out that “while 5G does herald a revolution, at first it’s going to be an evolution” that builds upon existing telecoms technology.

He added: “5G won’t replace existing networks, quite the contrary. It will form the bedrock of these networks and the Internet of Firms.

“Fibre, Wi-Fi, 5G, low-speed connections will remain and all these investments to boost connections are going to open up a host of new opportunities for business.”

Explaining why he believes 5G will be a “B2B (business-to-business) story” rather than one for consumers, he said only 20% of factory shop floors today are connected but they will need to be prepared for a “massive influx of data” being produced.

And while Wi-Fi will sometimes be good enough, there is no doubt in his mind that 5G is the “mother of all technologies” that will have the biggest transformation for industry once it is rolled out next year.

“In the cathedral, it’s the final key stone that will bring everything together and give us an overview of everything,” he said.

“We will have different demands in industrial campuses that could require robots to interact with humans – or with other robots, vehicles and devices.

“Some of the ways in which 5G will be used haven’t even been invented yet. It’s our human imagination that’s limiting what we can do with this technology.”

Orange chief executive Stephane Richard claimed earlier in the conference that the new network speeds could be up to ten-times faster, but the Orange Business Services CEO claimed the biggest change from 5G won’t be just a question of speed and connectivity – but the way it which it transforms business models.

“5G is about converting the French economy into digital real-time,” said Mr Reisinger, who has been in the role since May 2018.

“It meets that data challenge by dragging firms into the era of real time, in which data will be harvested, stored and consumed at the same time it’s being produced.

“This requires every business, whatever its sector, to transform root and branch.”

The only solution to the “huge challenge” facing the French economy in terms of establishing how 5G will best be deployed, he believes, is through co-innovation.

He said that while Europe and the Silicon Valley have a lot of the same attributes and resources, what separates the Palo Alto tech hub from the continent is it has a faster rate of learning – meaning it can innovate quicker.

Paris-headquartered Orange, which is the country’s largest mobile network operator with about a 30% market share, has stated its ambition to work with other businesses and government.

“This means we can make 5G a genuine way of transforming business models to make them more agile and inventive and, at the end of the day, competitive at both a micro and macro level,” said Mr Reisinger.

“Europe is better than we think. There was a lot of noise on the market that 5G had been launched last year in the US, but this was for proprietary standards.

“South Korea was actually the first to launch but the value of it can be debated. In Europe, we will launch once the shared standards have been defined.”

Orange’s 136,000 staff are split roughly two-thirds in telecoms and a third in IT so it can be “both a multi-service operator and integrator of digital services”.

This will help provide the “two brains to succeed” by integrating applications including cloud, digital data, AI, IoT, connected devices, mobility and cyber security with split-second responsiveness underpinned by reliable and stable connectivity.

Mr Reisinger added: “We strive to be a catalyst, transformer and partner bringing together ecosystems serving a more interconnected world that’s more human, instantaneous and secure in a more responsible world.”