Technology inspired by films: From gesture control to jet suits

The best sci-fi films are remembered for their futuristic settings and visionary tech - and while some predictions are way off the mark, others are eerily accurate 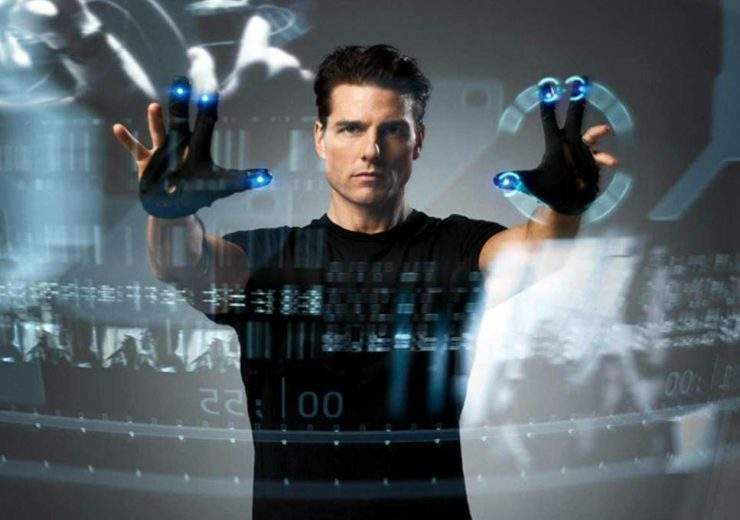 It’s said that influences can come from anywhere – and a closer look at today’s and upcoming inventions show technology inspired by films.

Numerous directors have made prescient predictions about how the world will look in movies including Total Recall, 2001: A Space Odyssey and Back to the Future.

Although some forecasts can be way off the mark – there’s no sign of time travel being a reality any time soon – other filmmakers put a lot of effort into predicting the future.

When creating Minority Report, director Steven Spielberg invited 15 experts from the world of architecture, technology and science to hold a brainstorm on their predictions for the year 2054, when the film is set.

Companies such as Apple, Nike and Microsoft have even hired science fiction writers to talk to their developers with the aim of forming new ideas, while predicting what type of world current social and scientific trends will lead to.

Professional services firm PwC released a report on using science fiction for business innovation and found that “imagined objectives” from sci-fi had a habit of coming true.

The result is a strange relationship between tech fact and science fiction.

The 1990 film Total Recall, starring Arnold Schwarzenegger, was handed a budget of more than $50m (£39m) in order to perfect its futuristic setting for the cameras.

During the film, Arnie attempts to evade armed assassins and hails a “Johnny cab” – a self-driving vehicle.

Although the one in the movie features an awkward-looking robot in the driver’s seat, the concept of a self-driving car is currently being explored by a range of tech enterprises and car manufacturers.

Companies such as Five AI, Magneti Marelli, and Google are trialling technology for autonomous vehicles, although it may still be a while before we see them on our roads – with ABI research predicting large-scale production will not begin until 2029.

Inception, the 2010 Christopher Nolan-directed film focuses on the potential for people to control their own dreams and others.

Although controlling other people’s dreams remains well beyond the realms of reality, scientists have been researching the potential for controlling our own dreams, or lucid dreaming.

The appeal of being able to “create” our own dreams has inspired companies to develop sleep tech.

Apps such as Lucid Dreamer and Awoken track the user’s sleeping patterns to judge when they are entering REM (rapid eye-movement) sleep, which is when a person is most likely to enter a lucid state.

Although a Stanford University research paper says the apps may help users achieve lucid dreaming, they do not cause it themselves.

Another tech company, Aurora, has gone one step further and developed a headband that emits lights to influence the wearer’s dreams, allowing them to “dream in HD”, according to itx website.

Stanford researchers believe the tech could be useful for therapy treatment to cure people of anxiety and post-traumatic stress disorder.

Set in 2054, Steven Spielberg’s Minority Report put a lot of effort into making sure the sci-fi film appeared real.

The 2002 film has been credited with inspiring a list of tech products and many of the on-screen devices have now been replicated for use in real life.

In one scene, Tom Cruise’s character walks through a shopping centre where billboards vie for his attention by calling his name and tailor advertising content to him.

The idea came from contemporary trends in product placement.

Jeff Boortz, who does graphic design for film and came up with the concept, said: “The whole idea, from a script point of view, was that the advertisements would recognise you and recognise your state of mind.”

The company claims a Bidooh advertising screen can determine the age, gender and brands of clothing that passers-by wear through its facial recognition technology.

It then sends back real-time data on the demographics of each viewer in order for companies to better target their advertising.

John Underkoffler, a science and technology adviser for the film, took the same approach to developing the props as he did to develop prototypes.

In an interview with the Social Studies of Science academic journal, he said: “We worked so hard to make the gestural interface in the film real.

“I really did approach the project as if it were an R&D thing.”

In the film, Cruise’s character manipulates holographic images by swiping with his hand and moving his arms.

Microsoft HoloLens is one such technology that uses mixed reality to try and make this concept a reality.

The tech projects holographic images into the real-world environment and allows people to interact with them.

It used in manufacturing, engineering and healthcare.

Despite being released 50 years ago, Stanley Kubrick’s cult classic sci-fi 2001: A Space Odyssey made many bold predictions about the future of space travel.

But a more subtle detail in the film showed a small handheld device that displayed videos and text to the astronauts – and was described in the script as a “Newspad”.

The similarities between the in-film tablets and the Apple iPad – which first launched in 2010 – were used as evidence in a legal battle between Apple and Samsung.

Samsung used images from the film as part of its defence against Apple’s claims of copyright infringement.

Back To The Future Part II: Hoverboards, drones and self-tying shoe laces

When Marty McFly takes the Delorean into the year 2015  – 30 years into the future from when the film was released – Marty is transported into a world that doesn’t look too dissimilar from the one we are living in now.

The film featured flying drones for dog walking, holograms, wearable tech and VR headsets that improved on the prototype first created by Ivan Sutherland in the 1960s.

The film also featured Marty putting on a pair of Nike Air Mag trainers, which became infamous for their self-tying laces.

In 2016, Nike decided to launch a real-life version of its on-screen namesake, which tighten to the wearer’s foot at the press of a button.

The trainers were auctioned off for the Michael J Fox Foundation for Parkinson’s Research.

The hover boards featured in the film also caught the imagination of technologists.

The floating skateboard has proved difficult to perfect but  Greg Henderson managed to raiseinvestment for the Hendo Hoverboard through crowdfunding website Kickstarter after sharing a video of Tony Hawk using a prototype.

The inescapable Marvel cinematic universe began with the film Iron Man in 2008.

In the movie, Robert Downey Jr’s robotic suit is capable of propelling him through the air at speeds faster than a plane.

British inventor Richard Browning took it upon himself to develop his own jet-powered suit.

The suit features five miniature jet engines strapped to the user’s arms, legs and back, and has a top speed of 32 mph and an altitude limit of 12,000 ft.

Nine of the suits went on sale in the British department store Selfridges earlier this year at a price of £340,000 each.

Speaking to the Evening Standard, menswear and technology director at Selfridges Bosse Myhr, said: “The Jet Suit is the equivalent to the launch of the very first aeroplane.

“We are on the cusp of an era where aeronautical technology can finally be in the hands of the consumer and we are proud to be the first to offer this.”