The smart device trends for 2019 include more investment in smart home security, home robots and Alexa-style voice assistants - as the number of IoT devices is expected to quintuple to 125 billion by 2030 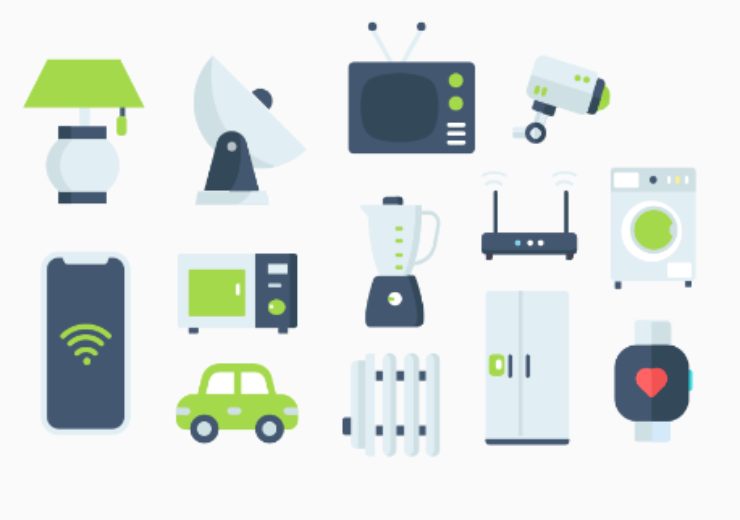 The growing trend of smart devices and wearable tech shows no signs of stopping in 2019.

Alexa-style smart speakers, smart home appliances like Hive lightbulbs, and even “hearables” – such as the Bragi Dash, which is capable of real-time translation – are bringing us into a more connected world.

These devices capitalise on the concept of an Internet of Things (IoT), in which devices communicate directly with each other via an online network.

There are currently 27 billion IoT connected devices and this number is expected to increase to 125 billion by 2030, according to global tech network Reply.

We examine the smart device trends for 2019 predicted by Reply’s SONAR Trend Platform, which interprets all relevant trends relating to consumer IoT, in its IoT trend report.

The main drivers behind smart device trends for 2019

Cheaper hardware and components, mostly thanks to advancements in smartphone technology, mean it’s easier to add processing power and connectivity to more devices.

Advancements in AI, faster networks and changes in consumer habits have all contributed to the trend in smart tech.

SONAR says: “Consumer IoT is the result of the digitalisation of many areas and the advancement of smartphones with powerful processors, sensors and cameras.

“The SONAR analysis illustrates, among other things, the migration towards new interfaces.

“Most apparent is the evolution from smartphones and simple fitness trackers to augmented reality systems, connected to smart glasses, digital assistants, wearables and smart clothing.

“The combination of the digital and the analogue, employing new interfaces – such as speech assistants, gestures and thought control – seems unstoppable.”

What are the personal smart device trends for 2019?

One of the biggest “booming trends”, according to SONAR, are digital assistants such as the Google Assistant, Apple Homepod and Amazon Echo.

A study by data and analytics firm GlobalData estimates the number of automated voice assistants will hit 100 million by the end of this year – doubling to 200 million by 2020.

SONAR says this market has grown significantly since 2016 and there are now 600 million people worldwide using these devices at least once a week.

The Amazon Echo is the most popular smart speaker on the market (Credit: Amazon)Smart glasses, which have been developed by companies such as Snapchat and Google but have been slow to take off, could be another top trend in 2019.

SONAR says the adoption of personal IoT devices will increase due to “our longing for real-time support, constant entertainment and instant connection to everything”.

“Moreover, integrated and intuitive personal IoT devices eliminate barriers between digital and physical, human and machine, acting as an interface to everything connected to the IoT – whether it is a human, a car, our home, or retail space,” it adds.

The future of home IoT devices

Home robots that can complete household tasks like hoovering and doing the laundry could increasingly become another member of the family as this trend grows, according to SONAR.

It says home robots are expected to have a share of $11bn (£8.7bn) of the entire American robotics market by 2020.

This growth will be anchored by other upcoming trends, including smart lighting, smart toys and smart security – typified by innovations like SkyBell’s smart video doorbell that lets homeowners see who is at the door, whether they’re in their house or not.

The global market for smart home security is growing by 27% a year.

In its analysis, SONAR says: “The home of the future will support our living standard and wellbeing with intelligent, interconnected technologies and task automation.

“Smart home products and services are on the rise, allowing us to easily adjust the ambience of our home, to lower our energy consumption, to take over annoying chores and to recognise individual wishes immediately – thus leaving us with more time for the things we love.”

Biotech companies BioTeq and Biohax are among those enabling businesses to microchip their employees.

By implanting sensors under the skin, it allows them to scan into their office or access their computer securely, but the concept has raised ethical and legal concerns.

SONAR says: “The analysis identifies immense potential for growth for augmented-body devices – smart implants that are hotly discussed in the trade press.

“The SONAR data emphasises that smart TVs have long since become the norm.

The analyst believes many of these trends will be anchored in consumer markets in the long-term.

It adds: “The IoT market will continue to develop at a rapid pace and increasingly networked devices will find their way into everyday life.

“The study concludes that an ecosystem of closely networked, intelligent and user-centric products and services is emerging that will transcend existing boundaries, and redefine the collaboration and interdependence of many industries.

“These insights will help companies decide in which areas to invest in the future.”