IoT explained: What is the Internet of Things and who’s using it? 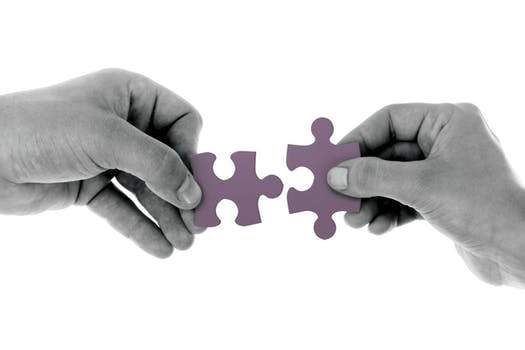 We've all heard the term, but what is the Internet of Things?

Along with AI and blockchain, it’s one of those buzzwords that is constantly thrown around and as a 21st century digital native, we’re expected to know what it is – but precisely what is the Internet of Things?

Whatever device you’re using to read this, it’s connected to the internet and, subsequently, potentially billions of other devices around the world.

The internet has become such a vital component of the world’s infrastructure that it’s unlikely many of us get through our day without linking up to the web at one point or another.

In fact, it has created its own ecosystem in the Internet of Things (IoT).

Whatever your field, you’ll likely have heard this term but unfortunately it’s another one of those pan-industry terms whose meaning can often become blurred or ignored altogether.

So for those wanting to keep up with the latest technological innovations, it’s important to understand exactly what IoT means and how businesses around the world are using it to advance themselves in an age of hyper-connectivity.

What is the Internet of Things?

When you connect something to the internet – whether it be your phone, your dishwasher or a jet engine – that item is joining the IoT.

It is the network of devices connected via the internet that spans, according to some estimates, nearly 100 billion physical objects.

The inter-connectivity at the core of the IoT is what makes it so useful as once something crosses the threshold and goes online, the number of things you can do with it begins to expand exponentially.

Taking the most obvious example, the smartphone, you realise that without an internet connection it’s just a germ-wreathed plastic slab with a few wires tied behind a glass screen.

But with an internet connection, it can speak to other phones, browse search engines, relay readings from weather forecast outlets, download media from various hosts and much, much more.

And then there are the truly obscure territories of the IoT, some of which represent its greatest capabilities.

Construction companies can use it to schedule repairs efficiently by co-ordinating tasks between different service providers and users of their facilities, while environment sensors can use it to monitor water and air quality and compare these with readings from around the globe.

You can now find hospitals with “smart beds” that detect when a patient is attempting to get up and will help them on their way.

Meanwhile, the concept of cars talking to traffic sensors so as to reduce urban congestion is becoming a reality, all thanks to the IoT.

What is the Internet of Things? Saving the bees

As the world’s primary food pollinators, bees are crucial to the planet’s ecosystem, yet the population has begun to decline in recent decades.

Researches around the world have started developing devices that use radio-frequency identification (RFID) technology to record the behaviour of individual bees.

This lets them track their ability to pollinate, as well as their vulnerability to disease, pesticides, air pollution, water contamination and extreme weather.

Global tech firm Cisco has used IoT technologies to gather data from bees equipped with these devices to then use the data to identify possible solutions for the declining population.

What is the Internet of Things? Keeping planes in the air

Improving the efficiency of plane engines is critical to improving their safety, as well as saving a lot of money.

The IoT is helping companies continuously monitor these engines and their components using real-time predictive data and analytics to determine possible faults and remaining fuel potential to help keep them in the air.

Additionally, data from other IoT-connected sensors and devices is helping carriers to detect anomalies and weather patterns to allow pilots to react accordingly.

This application isn’t new, but with improved connectivity it has become faster and more accurate than ever before.

What is the Internet of Things? Stopping car thieves

Various urban areas have begun using the IoT to keep them one step ahead of car thieves.

By collecting relevant analytics with the footage recorded on city video cameras, police forces are able to track missing vehicles with greater acuity and analyse crime hot-spots in which to increase their presence.

In India, consumers can purchase IoT phone app Let’s Track, which provides a live feed of your car’s location and allows you to immediately lock the ignition once you know it is stolen.

What is the Internet of Things? Answering the door

Tech company SkyBell has created a smart video doorbell that lets home owners see who is at the door whether they’re in their house or not.

The IoT device sends a live video to your smartphone via an app that includes night-vision and a sensor that alerts you when a visitor is at your door, even if they haven’t rung your conventional doorbell.

Developed in conjunction with security providers Honewell and Alarm.com, it is one of the first devices of its kind widely available on the market today.

What is the Internet of Things? Combating cyber threats

IoT company Cujo has developed a smart firewall that protects the ecosystem of smart devices within your home by securing them from potential cyber hackers.

The device doubles up as a tool for parents to monitor what their children have access to online, providing blocks for anything they deem dangerous to their well-being.

It comes with an ethernet cable that you can plug into your router and a downloadable app with an interface you can use to customise a number of features.