"It’s not good enough anymore to do a side activity like CSR - it has to become an integral part of the company’s agenda. Businesses that do this are much better off." 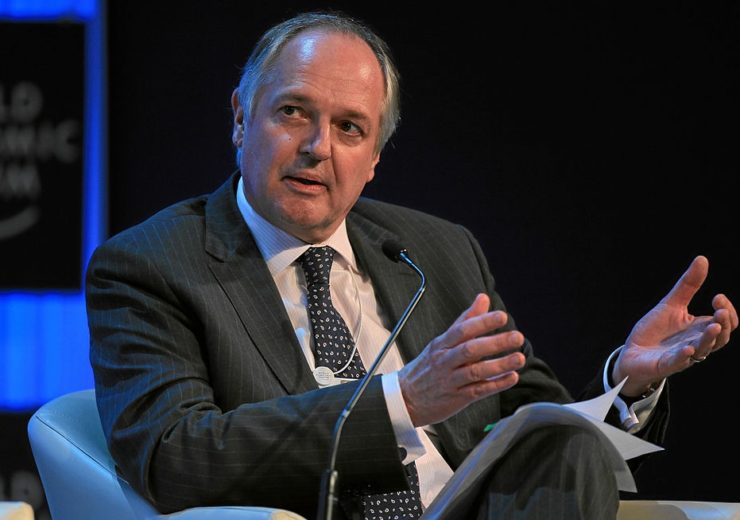 Paul Polman is an agenda contributor and former co-chair at the World Economic Forum, he was the CEO of Unilever for 10 years and a renowned champion for CSR until stepping down last year.

In 2016, he was appointed by the UN to build support for the 2030 Sustainable Development Goals (SDGs) and, in 2019, he founded IMAGINE to help businesses take decisive action towards achieving them.

He explains to CEO Journal why putting purpose at the heart of business is imperative.

How do you think CEOs can be influencers for change?

It’s very difficult for politicians to deal in any meaningful way with longer-term global issues. You see that happening on climate change, cyber security or financial markets, and yet so much of our economy is decided by the private sector.

The private sector has the self-interest to ensure that companies function and that they have a licence to operate. So unless the government is functioning as it should, then the business community needs to step up.

What more do you think businesses need to do to meet the UN’s Sustainable Development Goals (SDGs)?

At the current rate, we’ll get there in 2072, and we cannot really wait for that. The most burning issues at the moment are climate change and inequality. You see that being played out now every day in the news, one country after another, people in the streets or businesses being boycotted and all these other things. What companies can do best is integrate the SDGs into their strategies, which are, I think, a business opportunity.

The top 100 companies alone account for 71% of global emissions. So the best thing that CEOs can do is, first of all, to have a board of directors that understands these issues. I would call it a climate-competent board. Then the board and the CEO need to ensure that they integrate sustainable thinking into all of the company’s strategies.

It’s not good enough anymore to do a side activity like CSR – it has to become an integral part of the company’s agenda. Businesses that do this are much better off.

Seventy percent of the CEOs are now saying that having a more sustainable strategy is mission-critical. But when most of them say, “I cannot do this”, the bulk of them actually think that they lack the leadership; while 20% have a piecemeal approach – for example, not having a moralistic approach or not including the sustainable goals.

There seems to be a lack of leadership or lack of incubating these goals, and a lack of holding people accountable. Very few boards are climate-competent and that is probably one of the higher-risk issues that companies have to deal with from many perspectives.

There may be a risk of climate change, the risk of stranded assets and then the risk, longer term, of liabilities of companies not having taken action, let alone the risk that your business model becomes obsolete.

So, we need to get a catalogue of CEOs that will step up. And, ultimately, you will have more and more evidence that these longer-term, multi-stakeholder business models that are actually embracing the SDGs, also happen to be more profitable with more successful methods. That should not come as a surprise.

Do you think there’s a changing attitude among CEOs about how CSR can be a profitable thing for businesses, as well as being a good thing for the planet?

I used to think that in doing something good for sustainable development, and respecting human rights, we tended to operate under the principle that this must cost money. I think we have debunked that myth now. Increasingly, the data overwhelmingly shows that companies that have a more balanced workforce and gender representation tend to do better.

Companies that work longer term on employee engagement, one of the key stakeholders, tend to do better. So, benefits are coming sooner, and so are reputation and employment growth, employee engagement, innovation and increasingly lower costs as well. Two-thirds of the world’s green energy is already cheaper than petrol.

Therefore, awareness – recognising that we have an issue, recognising that we can do something about it and then making it an integral part of a company’s strategy – is vital. The businesses that do will be successful long term. The ones that don’t will increasingly become dinosaurs.

I’ve seen the number of publicly traded companies in the US go down from about 8,000 in the ’70s to 4,400 now. And one of the main reasons that it’s so difficult to keep these companies going is that society actually doesn’t want to let those companies stay around.

You implemented a lot of these principles during your time at Unilever. What achievements are you most proud of over the course of your 10 years?

At Unilever, we were able to significantly step up the input that we had. We tried to reach a billion people with health and well-being programmes, and I’ve embraced nutritional programmes throughout my whole career.

In the beginning, we had about 5% to 10% of our raw materials sustainably sourced. And when I left, that number was in the 70s – so, a significant amount. But more importantly, I think, we’ve moved our brands to the broader SDGs. Selling handwashing products was to help children reach the age of five.

That’s a purpose that was put behind our business. Dove fights for women’s self-esteem. So every one of these brands has a greater social mission aligned to the SDGs. The better the mission is aligned – for example, addressing societal issues – the better the brand is actually doing in terms of faster growth, but also higher profitability.

Can you tell us about your vision for the future of IMAGINE?

So, after 10 years exactly, I had set myself a goal that I planned to move on and not be limited to one company. What is happening in the world right now is that everybody, more or less, knows what needs to be done. There’s no CEO who wants more people to go to bed hungry or more air pollution or people cutting down more forests. So people know, but collectively they’re not moving at the right scale or speed.

IMAGINE wants to address that. IMAGINE believes that we can, first of all, create tipping points while focusing on the private sector as the main engine for change. I do believe that if we can get 25–30% of a sector in the room, the whole value chain, we can actually create a tipping point.

So, it’s a CEO-driven change, focusing on climate change and inequality, which is putting the total value chain in the room and working with these CEOs to accelerate the changes. We have already had some initial success in terms of the fashion industry.

The fashion industry is one of the most polluting industries from a point of view of climate change, biodiversity or oceans. And we’ve now been able to get 56 companies, CEOs, in the room and together we’ve made some quite bold commitments on climate change, regenerative agriculture and cutting single-use plastics. It’s a clear example that where you can move faster collectively, you create a courageous collective. People are more courageous when they do things together.

It’s also a typical example that, even though individual companies want to do things, sometimes it’s difficult, and you need to have the collective force to make that happen. So IMAGINE focuses on this collective courage. It focuses on the private sector specifically, and it drives these tipping points.

You mentioned business leaders don’t seem to be acting with urgency to meet these goals. How do you think we can change attitudes?

Well, the first thing is that you familiarise yourself with the issue that you care about. There’s still some work to be done.

There’s a lot of confusion out there. It’s complex in itself. So it’s not only realising that we have a major challenge but also that you can do something about it. And, ultimately, it is leadership and willpower that will be the biggest driver for change.

Individually, CEOs have challenges. They need to keep their company afloat. There’s enormous pressure from the shareholders short term and that sometimes drives them into the wrong behaviour.

But, collectively, I think we can get there. Creating this collective courage is an important part of a change process and changing the system, I hope, will get more CEOs involved. What we are finding now is that people are aware of the SDGs, and once they become aware of these, they get integrated into the business models.

How can businesses evolve to create a more gender-balanced corporate world?

It starts at the top. You know, the fish rots at the head. If the CEOs don’t believe in it or delegate it to a human resource department, or deliver lukewarm lip service, it’s not going to work. But then, increasingly, the millennial generation will question if they want to work for these companies.

Ultimately, it’s about integrating the total strengths of the population into your workforce. Instead of recruiting from 50%, you can recruit the best from 100%, but it also sends a clear signal about the respect that you have for your fellow citizens.

If you only run a company that is dominated by males, it doesn’t say much for your respect for women and most likely women would not feel comfortable working there. Increasingly, men would also feel that this is not a company that truly respects women.

What companies need to do is make a firm commitment that starts at the top, and then put the policies in place to get there. Policies could go from flexible outside-working methods to maternity and paternity policies to mentoring programmes, and many other things that are now well established. The companies that do this make quick progress.

My external board had only one woman when I came, and when I left it was 50% women. And the company itself was only 37% women, which was probably one of the higher numbers in the industry at that time. But when I left, it was a gender-balanced organisation. And that includes manufacturing and the sales force, organisational parts that are sometimes more skewed towards men.

So, in our office environment in Unilever, we found ourselves with 65% to 70% women. Our products are mainly bought by women; many of our products are used by women. And again, there’s enough data out there that would tell you that gender-balanced boards and gender-balanced organisations tend to perform better.