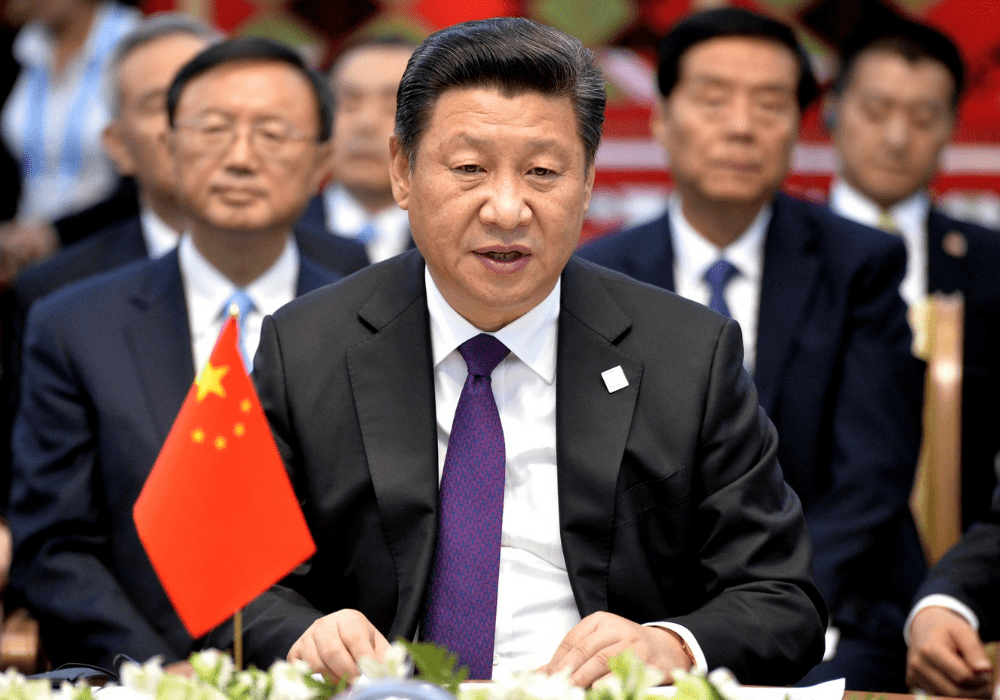 Decisions set to shape the world’s future as it looks to combat climate change will be taken in China, says a leading environmental economist.

Lord Nicholas Stern, chair of the Grantham Research Institute on Climate Change and the Environment, warned the planet is close to a point of “no return” and radical changes need to be made over the next 10 years — with China’s ambitions a key factor.

China is the world’s largest greenhouse gas emitter, accounting for more than a quarter of all global CO2 produced, excluding emissions from land-use changes such as deforestation.

The country’s 14th five-year plan, covering 2021-2025, is to be unveiled later this year and will detail how China plans to cut carbon emissions as part of its transition to a greener economy.

Speaking at the World Economic Forum (WEF) in Davos on 22 January, Lord Stern said China’s commitment to reduce emissions after an expected peak in 2030 is a “perfectly possible” ambition.

“When China sets a target, it does it with far more seriousness than other countries — it means it,” he added.

“They will peak before 2030 and ramp up its ambition, but saying it will reach peak emissions in the 14th plan is absolutely critical because that will go into Chinese law.

“We are at a critical point now where the decisions that shape the world will be taken in China.”

How China got to its current position on climate change

Despite this, China is set to achieve its 2030 nationally determined contribution (NDC) agreement under the Paris Agreement up to nine years early, according to research by Nature Sustainability.

The official target was to reach peak CO2 levels by 2030, which China is expected to hit between 2021 and 2025 — with plans in place for it to increase its NDC target this year.

Lord Stern said China has recognised in a strong and clear way, the urgency and importance of the issue, and its responsibility as a big part of the world economy.

“It has started to embody these issues in the 12th and 13th five-year plans, first through an emphasis on energy efficiency — and then moving to cut back on carbon emissions explicitly,” he added.

Also speaking at the WEF was Ma Jun, founder and director of the Institute of Public and Environmental Affairs, a Beijing-based non-profit organisation that developed the China Pollution Map Database — a public database of corporate environmental performance in the country.

He believes the government has done a good job of building public awareness of climate issues through education and regular media reports.

“That prepared the government to make more environmentally-friendly policies in China, which has been very important,” he added.

“Then it started to integrate more climate policies and targets into a development plan.

“In the last five years, it has really tried to walk the walk by not just creating more stringent laws and regulations, but driving the enforcement of that.

“It has sent thousands of government inspectors across the country to hold not just the polluting factories to account, but also the local officials failing their duties.”

The country’s gas use increased by 18% in 2018, accounting for 22% of global gas consumption net growth.

Its nuclear power generation increased by 19% — above the 10-year average growth of 15% — and accounted for 74% of the global nuclear power increment.

As clean technologies look set to shape the future of the world’s energy mix, China has placed itself in a powerful position as the global leader in renewable energy capacity at 728 gigawatts (GW) of renewable power — mainly from hydroelectric and wind sources.

China is also the largest market for electric vehicles (EV) and is known as the EV capital, with Beijing alone targeting 400,000 sales this year.

Data found by researcher Chengxiang Zhuge, of the University of East Anglia’s Tyndall Centre for Climate Change Research, shows that 17,000 battery-electric vehicles were sold in Beijing in 2018, taking the total number of EVs in the Chinese capital to 188,000.

Despite its growth in clean technologies and the UN stating the world needs to reduce its coal-fired electricity by two-thirds in the next decade — China is continuing to invest in the fuel.

The country has about 1,000GW of existing capacity, along with 121GW of coal plants currently under construction.

Lord Stern commended China for how “quickly and impressively” it has scaled-up on renewables and energy efficiency, but said the “bumpy plateau” in coal usage needs to start taking a downward trend.

He added that slowing economic growth has triggered an argument within the Chinese government, revolving around whether to address this by returning to old methods or by investing further in new technologies.

Stern believes the research institute of the National Development and Reform Commission of the People’s Republic of China (NDRC) can see the opportunities available in the future, but that the state-grid does not have the same view and prioritises coal.

“This is an argument that is going on because there are, of course, vested interests,” he added.

“The people in the mining industry, the people who make the equipment for the coal-fired power stations have their own vested interests.

“So China’s economy is real politics and it’s very important at this stage, for all of us, that the argument is won by the people who want to invest in the technologies of the 21st century.”

Ma Jun said the country needs to “bend the curve” on coal much sooner if it wants to play its part in achieving the Paris Agreement goals.

But he believes global strategies to reduce emissions are beginning to weaken, with the US dropping out of the initiative last year and a rebound in energy-intensive industries.

“Now it’s time for us to look for innovative solutions that can balance development and protection better,” he added.

“All the progress made in China’s supervision, transparency, public participation and business involvement in green supply chains and green financing provide all these opportunities that we need to tap into in China — but we need to tap into them together with the outside world.”

Lord Stern said the 14th five-year plan and the Belt and Road Initiative (BRI) are the two most important programmes in the world right now.

Since the BRI scheme was launched by the Chinese government in 2013, it has reportedly invested around $90bn into infrastructure development in the countries along its path, as the nation seeks to expand and consolidate its global trade links.

China, India, Iran and Saudi Arabia collectively account for around 40% of the world’s CO2 emissions – but the region has huge potential for becoming a significant source of solar energy.

Researchers estimate there is up to 238.2 petawatt hours of solar potential across the four countries, which, if used to generate just 30% of their electricity demand, could save approximately 2.4 billion tonnes of CO2.

This would be equivalent to a reduction in global carbon emissions of 7.2%.

Lord Stern said it is important that China continues to invest in green technologies as part of the BRI, because it is supporting coal-based investments in a number of regions.

He added: “It’s time that the commitment of greening the BRI translates into not funding fossil fuel projects.”