Access to energy is still the priority in developing countries – not climate change, says industry veteran

Countries in the OECD can take for granted the fact they have access to affordable and reliable energy, but hundreds of millions in Africa and Asia are still without clean cooking facilities 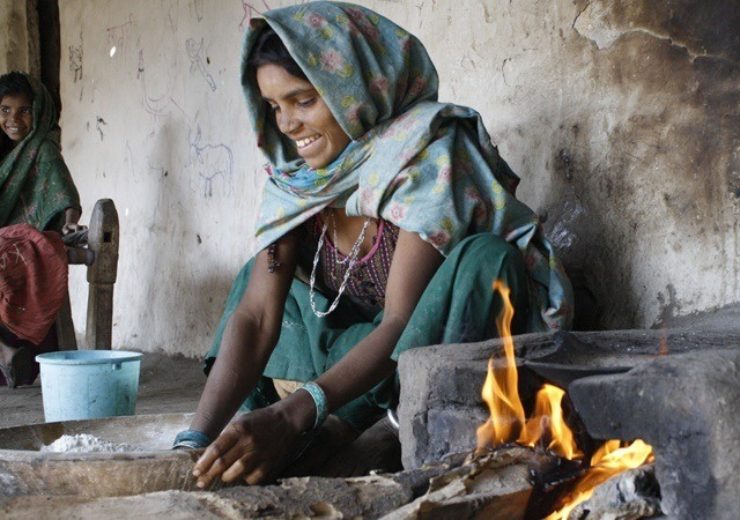 An estimated three billion have no access to clean cooking facilities, according to the 2019 Energy Progress Report (Credit: Flickr/Karan Singh Rathore; www.sanjhi.org)

While the world seeks solutions to stem the tide of rising emissions, the wealthiest nations mustn’t forget that developing countries are still tussling with the issue of people gaining access to energy in the first place.

That’s the view of former Shell executive Malcolm Brinded, who believes much of the climate change discussion comes from the perspective of the Organisation for Economic Co-operation and Development (OECD), whose 36 members are from developed nations predominantly in North America and Europe.

While their energy policies often focus on replacing fossil fuels with renewables, countries in regions such as Africa and Asia have different priorities to reduce fuel poverty.

Brinded, a former executive board member at Royal Dutch Shell who was president of the UK-based Energy Institute professional body from 2017 to 2019, told the organisation’s IP Week industry conference in London that affordable and reliable energy had been a “major transforming force for good and progress in the world over the past 100 years”.

“And that’s what’s transformed our standard of life, health and human happiness.

“But global use of energy remains incredibly unequal. Three-times as much energy per head is consumed in the OECD as the non-OECD world.

“So as we think about the huge changes in the global energy system needed to address what is clearly a climate emergency, we have to recognise the very important principle of shared, very differentiated responsibility to take action quickly on reducing greenhouse gas emissions.

“A lot of the discussion we tend to hear is very much from an OECD perspective. The reductions required in the developed world are massive and urgent, which is why commitments to net zero by countries and companies are so important both practically and from a global equity perspective.

“But for many lower and middle-income countries, unsurprisingly, that priority at the moment is less about reducing emissions and much more about providing access to affordable energy.”

Climate change is one of just two emergencies

According to the 2019 Energy Progress Report compiled by multiple international agencies including the UN and International Energy Agency, there are still 840 million people without any power at all in the world.

It also found that three billion have no access to clean cooking facilities, with many preparing food on open fires of animal dung, wood and charcoal – mostly inside their homes.

Common theory has suggested each person needs 100 gigajoules of energy per year in order to achieve a high standard of human development – but Brinded said six billion consume below this amount.

“So the world is actually two emergencies – one on climate and another one on access to energy,” he added.

“It’s very important to think about how we can actually deliver and address both those challenges.

“They are daunting but I’m an optimist about the pace of technological change, the astonishing progress in driving down the cost of renewables and the revolution in shale gas – which is now producing well over 15 million barrels of oil equivalent per day just from the US alone, and displacing coal around the world.

“Such unexpectedly fast progress gives me hope for the future, but it’s also changing the geography of energy production and trade much quicker than was previously expected.

“So we can be sure the race to address both the climate and access to energy emergencies, together with the ever-more rapid progress in technology, will lead to seismic shifts in economic and geopolitical power.”

The so-called energy transition is a topic that has grabbed the entire industry’s attention as a combination of wind, solar and hydro take on an increasingly important role alongside traditional sources like oil, natural gas and coal.

But in some parts of the world, a diverse energy mix is a relatively alien concept.

Speaking at IP Week, Dr Carole Nakhle, an energy economist who is the founder and CEO of London-based consultancy Crystol Energy, pointed out how many parts of the Middle East and Africa are powered by only oil and gas, which are also the backbones of their economies.

She said: “If these countries are going to implement the definition of the energy transition as we have in Europe or the rest of the OECD, this means they’re going to have to invest significantly in renewable energy and nuclear power.

“For me, it’s quite a simple equation as the more revenues they’ll need to generate from oil and gas in order to invest in these technologies.

“It would be very misleading to say everyone is in the same boat. Of course, we’re all facing the same challenges but our interpretation of what should be done is quite different from one region to another.”