The new Virgin Galactic spaceport will feature an interactive walkway, dining area and viewing platform, and could host commercial flights from 2020 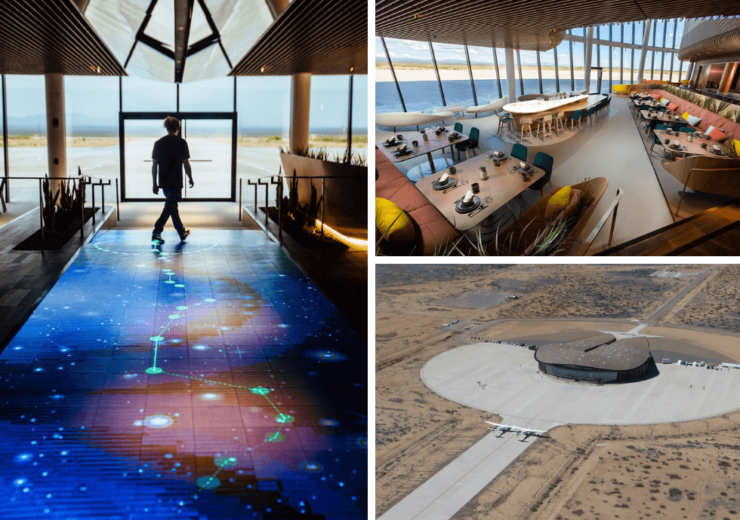 Virgin Galactic has moved a step closer to commercial space flights with the unveiling of the world’s first spaceport.

Virgin Galactic says the building is now functionally operational and ready to welcome tourists and astronauts ahead of its first commercial space flights, scheduled for 2020.

The company will now move its operations to the New Mexico spaceport along with 100 staff.

British billionaire Richard Branson, who founded Virgin Galactic in 2004, said: “New Mexico delivered on its promise to build a world-first and world-class spaceport.

“Today, I could not be more excited to announce that in return, we are now ready to bring New Mexico a world-first, world-class spaceline.

“Virgin Galactic is coming home to New Mexico, where together we will open space to change the world for good.”

Virgin Galactic CEO George Whitesides said: “The first photograph of Earth from space was taken over New Mexico in October of 1946.

“How inspiring and appropriate that the state will soon host the first regular commercial spaceflight service, which will enable thousands of people to see Earth from space with their own eyes.”

What to expect from the Virgin Galactic spaceport

The company claims the spaceport will serve as a hub for astronauts, flight operators and tourists. It will also house its spaceships.

The first floor of the building, called Gaia, will serve as a social hub and features a dining area where space tourists and staff can mingle.

Upstairs, the area is focused on mission control and comprises briefing rooms, pilot training and flight operations. It overlooks the 12,000ft runway.

A hangar will house two SpaceShipTwo aircraft, which are specially designed for space tourism by The Spaceship Company, a California-based manufacturer owned by Virgin Galactic.

The aircraft, which seat six passengers and two pilots, will be carried above the Earth’s surface by a carrier plane, before launching to an altitude of 80km.

Travellers will be able to experience two minutes of weightlessness before returning to Earth.

Design Director Jeremy Brown described it as an “amazing honour” to open the building to Virgin Galactic’s astronauts.

He added: “It’s going to be a space where we can deliver an amazing experience for our astronauts, their friends and family and the wider team at Virgin Galactic who are going to bring this experience to life.”

More than 700 people have put down deposits to be one of the first people to use the service.