Several US businesses helped power NASA's mission to the moon. Ahead of the 50th anniversary of the lunar landing, NS Business looks at the technology that made it a reality 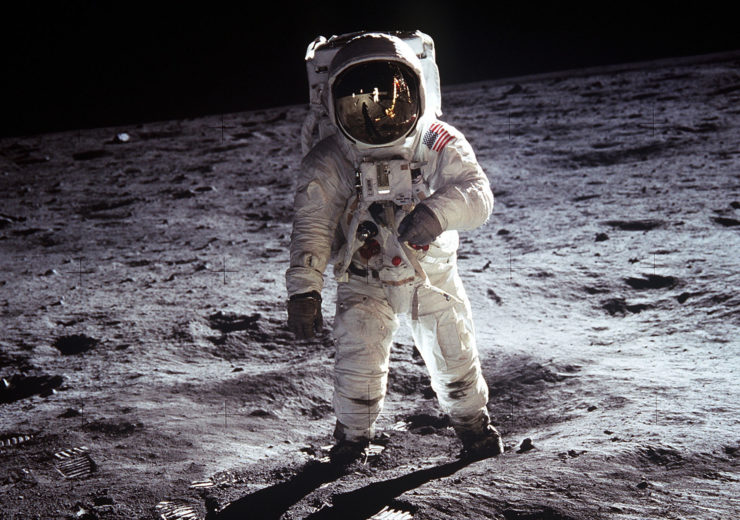 IBM, General Motors and Motorola all helped with the Apollo 11 mission that put a man on the moon 50 years ago today

It was famously “one small step for man, one giant leap for mankind” – but Neil Armstrong’s successful moon landing mission 50 years ago was also a breakthrough for technology.

NASA wasn’t the only organisation that worked on the Apollo 11 mission that landed on 20 July 1969 as a diverse range of businesses including Motorola, IBM and General Motors made significant contributions to equipment.

Here’s some of those other companies that helped make history.

American telecoms company Motorola provided much of the communications equipment for the moon mission.

A Motorola S-band radio was used in the Apollo command module, which provided the astronaut’s only communication link with the Earth.

The antenna that adorned the backpacks worn by Armstrong and Buzz Aldrin as they explored the moon’s surface were also developed by Motorola.

Another US company IBM provided much of the computational power required for the Apollo 11 mission.

Designed by NASA and produced by IBM, five IBM System/360 computers were used during the moon landing.

The specially created computers used a form of electronic shorthand – capable of transmitting a novel a minute – to communicate between NASA’s Manned Spacecraft Center in Houston, Texas, and the lunar module.

IBM computers were used in multiple ground locations including Cape Canaveral, Florida, as well as Mission Control Center and the Saturn V rocket that took Armstrong, Aldrin and Michael Collins into space.

US automotive manufacturer General Motors was another company to answer NASA’s call.

The company provided guidance systems, accelerometers and the batteries that powered the lunar module.

However, the manufacturer may be better known for creating the Lunar Rover used in the Apollo 15 mission, which became the first vehicle to drive on the moon’s surface on August 1, 1971.

Ferenc Pavlics, chief engineer for the project said: “When our team began engineering for the Lunar Rover, there were so many unknowns, including varied terrain, extreme temperatures and the effect of reduced gravity.”

“We pushed the boundaries of automotive technology and worked hand in hand with the astronauts on the vehicle’s design.”

With a mission duration of over eight days, feeding the astronauts aboard the Saturn V rocket was another challenge that required new technology.

US home appliance manufacturer Whirlpool helped take meals to the moon through its innovations in food packaging and storage.

It developed new techniques for freeze-drying food, which removes moisture to make the food lighter and last longer.

The Apollo mission was the first to offer the astronauts hot meals, thanks to a heated water gun that was used to rehydrate the food packages, while a small port in the helmet was also developed to allow them to consume liquid foods if they were in an emergency situation and couldn’t remove their space suits.

US manufacturer Westinghouse Electric Corporation also played a part in the historic event, having developed the camera that captured the first images of the moon’s surface.

The camera had to be lightweight, capable of being operated by a person in a spacesuit and withstand the g-force of take-off and temperatures from 250 degrees above Fahrenheit to 300 below.

Westinghouse Electric Corporation, which was previously better known for its innovations in power generation, were awarded an Emmy for outstanding achievement in coverage of a special event after the camera was used to broadcast Armstrong’s first steps on the moon to a global audience of half a billion.

Like much of the equipment that was used on the Apollo 11 mission, the camera was left behind on the moon.