Hyperloop companies: The start-ups vying to create the ‘fifth mode of transport’

Since the concept of hyperloop transportation was first envisioned by Elon Musk in 2013, a small group of companies have been striving to make it a reality 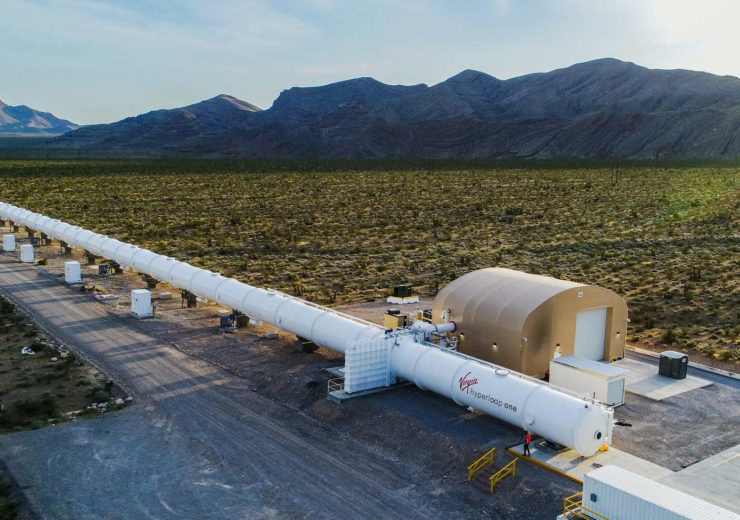 Hyperloop technology has been pitched as an energy-efficient alternative to flying, with magnetic propulsion and vacuum tubes propelling trains at speeds of up to 760mph. But how close is it to becoming a commercial reality?

The latest tests of the technology at the annual SpaceX Hyperloop Pod Competition saw a new top speed of 288mph achieved — before the pod exploded.

Although developing the futuristic transport has proved challenging and expensive, it has not prevented a number of companies attempting to create their own hyperloop systems.

Here NS Business finds out who the companies are and how close they are to developing a viable hyperloop system.

Hyperloop was conceived by Tesla founder Elon Musk, who published a white paper in 2013, describing the concept as a cross between “a Concorde, a railgun and an air hockey table”.

The Boring Company, one of the entrepreneur’s companies — a subsidiary of SpaceX — is developing infrastructure for the transport.

To date, the company is working on five projects, including hyperloops in Chicago, Las Vegas, Los Angeles and Washington DC.

Currently, the only one to have passed an environmental review permitting its use as a test track, is a $10m facility in Hawthorne, California.

Headed up by CEO Jay Walder, Virgin Hyperloop One is one of the largest companies working on a hyperloop project.

Borne out of a partnership between British billionaire Richard Branson’s Virgin and US start-up Hyperloop One in October 2017, the company is aiming to produce a fully operational loop by 2021.

The first route is planned to carry travellers the 270 miles between Los Angeles and Las Vegas in 30 minutes.

Virgin Hyperloop One has so far raised $400m and is also pursuing projects in India and Saudi Arabia.

Hyperloop Transport Technologies (HTT) was the first company to start development, with work commencing in 2013.

It quickly amassed a workforce of 400 within its first two years and was originally aiming to have passengers using its system by 2018.

The California-based company has a second test facility in Toulouse, France. It now estimates human trials will be able to start in around a year.

HTT has secured an agreement with the Chinese government to construct a 10km hyperloop in the south-western province of Guizhou, as well as a contract to start commercial construction in Abu Dhabi.

Arrivo was founded by former Hyperloop One and SpaceX engineer Brogan BamBrogan in 2017.

The company was focused on developing the magnetic levitation, or maglev, technology that will be used to power trains through the vacuum tubes.

Tech website The Verge reported that the start-up was shutting down in December 2018, following its failure to raise series A funding.

Dutch start-up Hardt Hyperloop has been working on the transport system since 2016, and formed a team that went on to win the inaugural SpaceX Hyperloop competition in 2017.

The initial trial of the technology achieved a top speed of 93kmph and inspired Hardt Hyperloop to develop the first European test facility.

The company is now focused on creating the world’s first high-speed test base, which will help to standardise the technology.

Zeleros was founded by Daniel Orient, David Pistoni and Juan Vicén in 2016, and is notable for building Spain’s first hyperloop test track.

The Valencia-based start-up employs 15 engineers and plans to install a 2km tube in the Spanish town of Sagunto this year.

Its concept uses an electric jet engine to propel its train, rather than an electrified track and is capable of carrying 40 to 50 passengers.

Zeleros claims that this can help reduce infrastructure and maintenance costs.

It recently announced a partnership with German multi-national Siemens, who will help to advise Zeleros on its technology.

It raised $15m in its seed round in 2016, and hopes to build hyperloop routes between Toronto and Montreal, and Calgary and Edmonton.

Ticket prices for the proposed journeys are currently priced at $80, despite the fact it has yet to be constructed.

TransPod is aiming to make the transport carbon-neutral.

Indian-based DGW Hyperloop was founded in 2016, and is the only company to be working on the technology in the country.

It plans to take passengers the 700 miles from Mumbai to Delhi in the space of an hour.