Who is Jay Walder? Profiling the new CEO of Virgin Hyperloop One

Virgin Hyperloop One - the company behind a 760mph mode of vaccum-based, inter-city transport currently in the works - has appointed Jay Walder as its new CEO as it moves towards becoming a practical mass transport provider 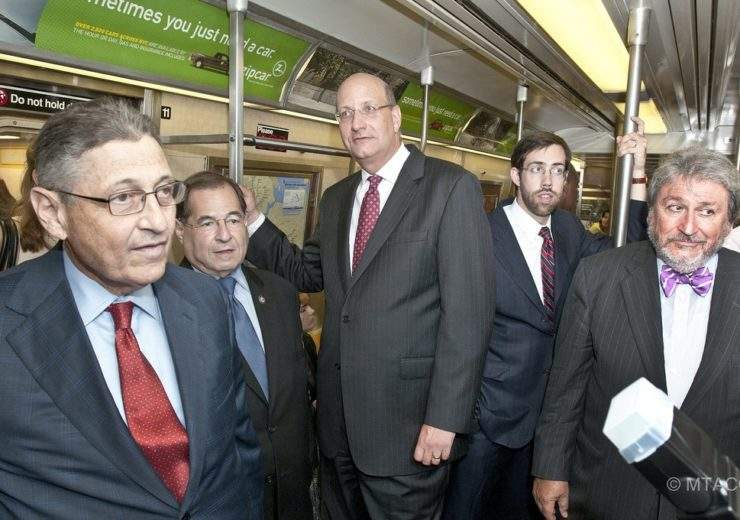 In a bid to move from a technological concept to a genuine mass transport reality, Virgin Hyperloop One has hired Jay Wilder as its new CEO.

With experience developing the largest public transport agency in the US and making the London 2012 Olympics bid a logistical possibility through the introduction of the Oyster Card, the company’s new boss is familiar with growing ambitious projects at scale.

Combined with his tenure as the CEO of Motivate, a global bike-sharing company now owned by on-demand transportation group Lyft, Mr Walder’s portfolio seems to tick all the boxes required of the project seeking to create a 760mph mode of inter-city transport that will drastically reduce journey times.

The new Virgin Hyperloop One CEO said: “I have focused my career on using technology to advance innovation in transportation, so I could not pass up the opportunity to lead the company that has pioneered hyperloop.

“I look forward to joining the company at this incredibly exciting time and working with our partners to revolutionise sustainable urban development and travel.”

Who is Jay Walder? A career in public transport

Mr Walder’s start in the transport industry began in 1933 when he became involved with New York Metropolitan Transport Authority – the largest organisation of its kind in America.

During his 12-year tenure with the public body, the 59-year-old occupied multiple leadership roles including chief financial officer.

After a five-year stint as a lecturer in public policy at John F Kennedy School of Government at Harvard University from 1995 to 2000, he then moved to the UK to assume his position as managing director for finance and planning for Transport for London.

During this time, he was credited with pioneering the Oyster Card – London’s cashless card system used to pay for all public transport – and was subsequently instrumental in drafting the UK capital’s ultimately successful bid for the 2012 Olympics.

In 2007, Mr Walder moved back to the US and the New York Metropolitan Transport Authority when he was appointed CEO of the organisation, but he resigned four years later and joined MTRC Corporation, which runs Hong Kong’s mass transit railway.

Who is Jay Walder? Bad press and move to private sector

In April 2014, newspapers in Hong Kong revealed a two-year delay affecting the high-speed cross-border rail link, which was directly overseen by MTRC and Mr Walder, who was accused by the media of concealing the progress of the project.

Calls were made for the 59-year-old to quit his post following a report, submitted to the Legislative Council, which said he had stopped the Secretary for Transport and Housing from informing the legislature of the delay.

His contract was due to expire in August 2015 and MRTC confirmed he would not be given a new one.

But Mr Walder left the company in October 2014 to take on his most recent position as CEO of Motivate.

Based in New York City and with 800 staff, the company operates bike-sharing schemes across the US.

It was also previously active in Australia and Canada but these businesses were discontinued.

In summer 2018, Mr Walder oversaw the sale of the company to Lyft.

What is Virgin Hyperloop One?

First proposed by Tesla founder Elon Musk in 2012 as a “fifth mode of transport”, companies working on hyperloop intend to revolutionise travel by potentially completing journeys such as London to Edinburgh in as little as 45 minutes.

The transport system works by propelling pods holding passengers through a narrow, elevated tube spanning the distance between their starting point and destination at up to 760mph – almost 200mph faster than a commercial airliner.

Virgin Hyperloop One is one of the biggest firms working to make this concept a reality,  borne out of a partnership between Branson’s Virgin and American start-up Hyperloop One in October 2017.

Estimates on when the project will be ready for use vary anytime between 2021 and 2025, while the first systems are expected to be built in the East.

Now the ex-chairman of Virgin Hyperloop One, Branson speaks at length about the project in his autobiography Finding My Virginity – an extract of which is published on the Virgin website.

It reads: “[Hyperloop One] could have the same impact in the 21st century as trains did in the 19th.

“It’s a wonderful example of what can happen when a fascinating idea meets a huge customer need served by our brilliant brand.

“Projects like this are what keep me getting up in the morning.”