The British rail industry has become synonymous with delays, disruption and overpriced tickets - but rail provider Virgin Trains is turning to technology to bring the industry up to date 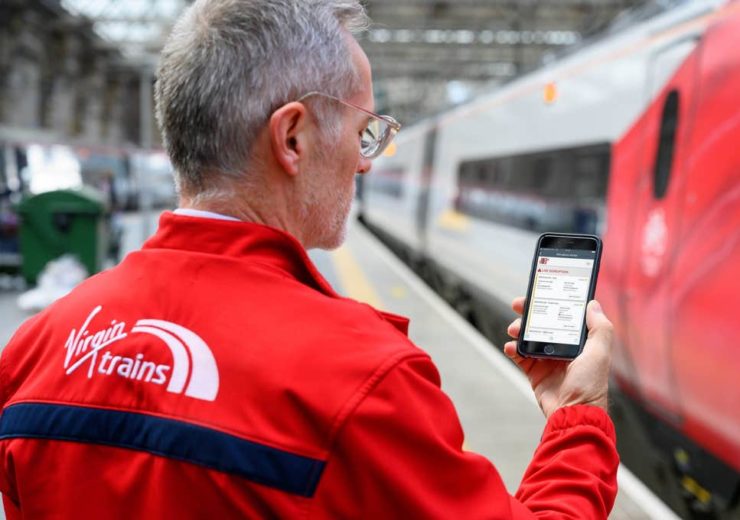 UK rail services have long been due an overhaul and Virgin Trains believes it can be the company to bring innovation to the antiquated rail industry and haul it into the future.

The operator’s latest efforts include an app released this week for customers and staff to instantly get updates on delays and travel disruption, new ticketing algorithms that can help customers find the cheapest routes and a revamped on-board entertainment system.

John Sullivan, CIO of Virgin Trains, claims the company is “pushing the boundaries” of what rail operators offer.

“The things that we’re talking about are game-changing and we want to push on and introduce more,” he says.

John joined Virgin more than four years ago and reflects on how one of the exciting aspects of the role was the opportunity to bring change to an entire industry.

“What really attracted me to Virgin Trains is the fact that the industry it operates in has lacked digital innovation,” he adds.

“So my remit was really exciting because it’s not only about making the change at Virgin Trains, but also about having an impact on the entire rail industry.”

Dealing with disruption in the future of rail travel

During his stint, John has been focused on proving that digital transformation can have an impact on both colleagues and customers.

One of the most frustrating times for any customer hoping to travel by rail is when you see your train has been cancelled.

John – speaking to NS Business at this week’s CIO Summit hosted by enterprise file-sharing service Box in London – acknowledges the “chaos” that ensues in the passenger forecourts at Euston train station, where Virgin’s trains operate from in the capital, whenever there is disruption.

He says: “Everyone is looking at the departure boards trying to work out what’s happening, wondering where their train is and what platform it’s moved to.

“Then, if it’s been cancelled, you want to know how to get home.”

He claims that modern leadership is about “understanding the pain of your colleagues and customers”.

To that end, Virgin Trains has developed two apps that provide real-time updates on delays and cancellations during rail disruptions.

The first, called Back on Track, is aimed at rail managers and staff who regularly have to deal with customer queries, but often are relying on limited information.

John says: “If you’ve got irate customers, who want to get home, and you haven’t got the information it’s really difficult.

“Our control centre can get a thousand calls a day from staff across the network during disruption.

“If the information they need is instantly available on their mobile, there’s no need to make that call, freeing up the team to deal with the root cause.”

The app gives staff accurate, up-to-date information on alternative routes and ticket acceptance, which staff can then relay to customers.

Track ‘n’ Travel, the company’s second app, runs off the same travel information but repackages it for customers.

Head of technology services Dean Underwood explains: “We’re pulling all the data into our own digital layer and then we use that data internally and externally to give a different flavour of message but based on the same information.

“Our colleagues will get a slightly more detailed, operational view of the same data.

“Customers will be told the quickest route to take to go home, while our colleagues will get information on which train operators are accepting our tickets.”

Virgin Trains estimates it will reduce the number of calls fielded by its control team by 50% and reduce the time it takes to resolve incidents by 20 minutes.

Another common complaint from rail passengers is the ever-rising cost of tickets.

In January, the annual increase in rail fares was once more implemented at an average of 3.1%, despite punctuality dipping to a 12-year low and 14% of services failing to meet the industry’s punctuality target in the 12 months to 10 November 2018.

The issue has prompted John and Dean to look into ways to offer customers cheaper ways to travel.

John says: “The number of options that you’ve got in terms of tickets and stations is massive so we’ve got an algorithm that works out the cheapest journey to bring savings to customers.

“We’re giving customers, the option whether to take multiple stops, but at a much better price.

“The thinking is that if more people are happy with rail, then more customers will use it.”

He adds that some rail operators have witnessed a decline in the number of passengers and he hopes that adding more affordable and flexible options for customers will prevent a similar drop for Virgin Trains.

Although he doesn’t regard rail travel app Trainline as a direct competitor, John says: “With our launch of split ticketing and account-based travel we will be starting to compete with them.

“But that’s healthy because there’s only one ticket aggregator at the moment, so let’s give the customers a choice.”

Account-based travel is another feature that will come to Virgin Train customers early next year.

It follows a similar idea to Transport for London, where charges are capped at the price of a season ticket.

John explains: “It summarises all of your travel and automatically gives you the best option when you’re charged at the end of the week.

“Customer expectations have been changed by companies like Uber, and we want to do the same for trains.”

The shift to account-based travel and the split fare algorithm will be introduced for customers at the start of next year.

The on-board entertainment system, called BEAM, will also be seeing a revamp.

The free service gives rail-users free access to a selection of films, TV shows, magazines and papers, which can be streamed to any mobile device.

Lastly, the technology team is looking into the possibility of ordering food to your seat through a connected device – similar to the service offered on airlines.

Dean says: “From a technology point of view, our Beam entertainment system will offer expanded functionality for customers.

“Even though I work on internal technology, all my business cases involve considerations of how to make the customer experience better.

“The customer is always first, there’s no other way of doing things – that’s what makes or breaks our business.”