With 25 new HS2 stations and several regeneration projects being constructed along the route, local authorities are investing heavily in preparation 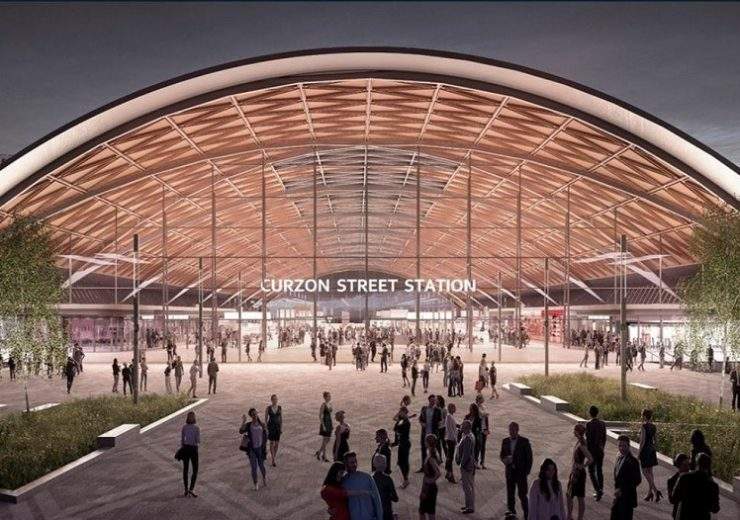 As the UK government finally prepares to rubber-stamp its major new high-speed rail scheme HS2, attention will turn to how best to connect the stations that will be built in Europe’s largest infrastructure project.

The proposed route for HS2 will connect Birmingham and London to northern cities with a new rail network that will drastically cut journey times and increase capacity.

Preparatory work has already begun on the first phase of the route connecting London Euston to Birmingham and bringing journey times down from one hour and 21 minutes to 52 minutes.

This line is due to open between 2028 and 2031, while a second stage that connects Birmingham with Manchester and Leeds via two separate lines is due for completion between 2035 and 2040.

Proponents of the major infrastructure improvement claim that HS2 will create half a million new jobs and 90,000 new homes.

But others have criticised the rising costs – the 2015 estimation of £56m ($72m) is expected to rise to near £106m ($137m) – damage to the environment and the relocation of residents along the route.

It led to Prime Minister Boris Johnson ordering an independent review of the project but he is now expected to give approval to the full line.

At the HS2 Economic Growth Conference in Birmingham in November 2018, business leaders from areas surrounding each of the major hub stations talked about how the high-speed rail network will help drive growth and regeneration.

The pre-existing station of London Euston will receive 11 new platforms, which will than double the capacity of the station.

Construction has already begun with 140 residential properties cleared and demolition of former carriage sheds clearing way for the development at the station.

Speaking on the opportunities and challenges of the project David Joyce, director of regeneration and planning at Camden Council, said: “There is so much uncertainty over what will happen at Euston.

“In the midst of all this, we have a role that feels something in between a fortune-teller and a curator because there are still large parts of the jigsaw that need to be set.

“This is a once-in-a-lifetime opportunity to resolve that and start to make residents who live in Somers Town and Regent’s Park feel they are part of one area and really connect up those communities.”

Two 13-mile (21km) tunnels will take the 220mph trains out of London via a new station at Old Oak Common, linked to Crossrail.

The Old Oak development will regenerate a brownfield site in north-west London, which is hoped to bring a £15bn economic boost over the next 30 years.

Michael Mulhern, director of planning at developer Old Oak and Park Royal Development Corporation, said: “Park Royal is the largest mixed-use regeneration scheme in the UK and the vision for the place is focused on how we create a major new town centre in West London and build a community.

“Our priorities are how to capitalise on this huge investment and to deliver 25,000 new homes, which will create a new residential population of 60,000 people, 65,000 jobs and all the social infrastructure that goes with that.”

Birmingham will be the first stop on the HS2 route outside London and two new stations will be created as part of the project.

The first, located east of the city in Solihull, will connect people to Birmingham Airport, the National Exhibition Centre and Birmingham Business Park.

Management company HS2 Ltd claims the Birmingham Interchange HS2 station will be “the best-connected place in the UK by rail, road and air with customers able to reach London Euston in just 38 minutes”.

The second, Birmingham Curzon, is scheduled to open in 2026 and will feature seven platforms suitable for the new high speed trains.

Birmingham City Council is expected to invest £900m on regenerating the area around the new station and 4,000 new homes.

An East Midlands hub, located in the town of Toton, has been proposed in order to maximise the number of people that can benefit from HS2.

Located seven miles west of Nottingham, 11 miles east of Derby and 27 miles from Leicester, the new station will also provide quick links to the nearby East Midlands Airport.

Rather than being a parkway station, East Midlands business leaders want Toton to be a destination in its own right and want to create a business park they have billed as an “innovation campus”.

It would create up to 10,000 highly skilled jobs based in offices for high-growth businesses and laboratories that build on university research in areas such as bioscience, energy and medicine.

In addition, about 500 homes are planned in a major redevelopment on the site, including a chain of surrounding “garden villages”.

Christopher Hayton, head of corporate affairs at East Midlands Airport, said: “I think the most exciting part of HS2 is this conversation about place making and is redefining what it means to be part of the East Midlands.

“This gives us an opportunity to look at the existing infrastructure and where improvements need to be made.

“We should look to the future of service access and consider electric and autonomous to use it as an opportunity to make Toton a futuristic garden village, bringing the East Midlands to life.”

Studies have suggested the Toton station will generate an additional 74,000 jobs and £4bn of GVA to the region.

Under the proposed phase 2b route, an eastern HS2 line will take passengers north to Leeds.

A £500m station in Leeds Southbank has been proposed to accommodate the high-speed rail link.

Work on the new station is expected to start in 2024 and will take six years to complete.

However, a recent summary of the environmental impacts found the project will result in 26 commercial properties being demolished, with 20 roads permanently closed, realigned or diverted.

The Piccadilly development alone is estimated to create 40,000 new jobs and 13,000 new home and commercial developments in the area.

Simon Warburton, director of transport strategy for Greater Manchester, said: “Put all that growth together and think about the fact that we don’t have the capacity at the moment to sustain links between London and Manchester, and you’ll realise the benefit that HS2 will bring.”

Speaking about the difficulties of meeting the needs of several different parties, he added: “We’ve set out a very clear vision and what that now demands is a new form of agility, a new form of integration across a range of transport partners.

“Let’s take Piccadilly station – the future station will have a range of interests including HS2 services, Northern Powerhouse rail services and it will still be a classic rail shed, as well run by Network Rail.

“The shed will have a range of different train operating companies running into it, we will continue to run [Manchester’s tram and light rail system] Metrolink into the station, and also intend to build a bus interchange into the station.

“If we don’t organise ourselves when trying to bring all the different institutions together, we run the risk of ending up with the house that Jack built.

“We need to establish a shared vision.”