A new patent filing shows Walmart is deliberating launching its own cryptocurrency, similar to Facebook's Libra, but an expert warns that it could be a "waste of time" 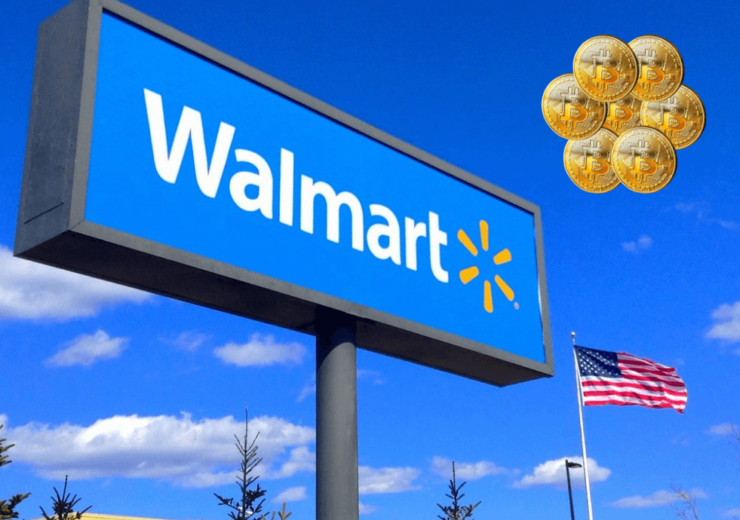 Walmart could be set to rival Facebook’s recently announced Libra by creating its own cryptocurrency, according to a recent patent filing.

The document, filed to the US Patent & Trademark Office by Walmart, describes a “blockchain-protected digital currency” that “may be pegged to the US dollar”.

How could the Walmart cryptocurrency be used?

Walmart describes several possible uses for the digital coin, one of which would see the cryptocurrency restricted to particular stores in order to offer discounts at these retailers.

Alternatively it could be a competitor to traditional banks – in a similar vein to Facebook’s Libra – with the patent claiming it could offer a new way of managing wealth for low-income households.

This stablecoin, a cryptocoin tied to the value of a centrally-backed currency, would offer fee-free transactions and could gain interest on the amount saved.

One novel suggestion in the Walmart patent was the suggestion that the digital currency could use biometric verification to remove the need for a credit or debit card.

It added: “A person is the ‘credit card’ to their own digital value bank.”

Doubts over whether Walmart cryptocurrency would work

Cryptocurrency expert Danny Scott believes the growing trend among the big tech and retail companies to create their own digital coins could be a “waste of time”.

The CEO and co-founder of bitcoin trading platform CoinCorner said: “Following the announcement of Facebook’s Libra in June, this news was certainly not unexpected – in fact, we should see more FAANG (Facebook, Apple, Amazon, Netflix and Google) companies filing patents for their own cryptocurrencies in the coming months.

“However, while the publicity is obviously good news for the crypto industry, we believe it is a waste of time and resources for these companies – something that will eventually show as time passes.

“The likes of Walmart or Facebook are not bringing anything new to the table, they are just hoping that with a household name behind it, their coin will naturally succeed and become the default choice.”

In order for the Walmart cryptocurrency to become reality, the firm will need to navigate strict rules and regulation, which Scott claims could be a stumbling block.

He added: “Since the announcement of Libra, we have seen Facebook open up a can of worms with regards to regulatory concerns, and as a result, they have admitted that they may never launch Libra due to regulation.

“This will be no different for Walmart or any other company – no matter how big, powerful or influential they are – that tries to do the same.”

She said: “Walmart’s cryptocurrency is aiming to exploit a perceived gap in the market by targeting people who do not have access to traditional financial services.

“However, given that Walmart is predominately a US based retailer, its potential customer base for this service is much lower than Facebook’s, which has a global reach, and targets markets such as India with high unbanked populations.

“It seems that Walmart is trying to become like a bank, but without the regulatory burdens associated with actually being one, by offering a cryptocurrency.

“In doing so, it is looking to capture a segment of the population who would then rely on it for financial services as well as goods.

“However, given that Facebook’s Libra is currently facing regulatory opposition in the US specifically, there is high possibility that Walmart could face similar concerns.

“Overall, given the limitations, it is unlikely that Walmart’s cryptocurrency will succeed.”