While the automotive world waits for the arrival of driverless cars, autonomous robots in supermarkets continue to make strides, with Walmart creating a fleet of 360 self-navigating floor scrubbers powered by tech firm Brain Corp 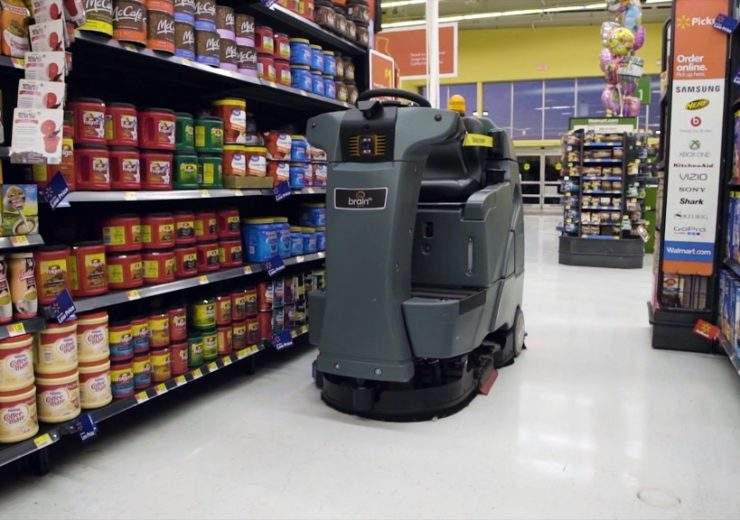 Walmart shop floors should soon be spotless as the retail giant employs an army of autonomous robots in its supermarkets to scrub surfaces with virtually no human input.

The US-based company already uses tech firm Brain Corp’s operating system to automate more than 100 floor scrubbers, each capable of navigating crowded spaces without risking the safety of anyone in their immediate vicinity.

Now it plans to add 260 more robots by the end of the January.

Powered by the BrainOS technology, it enables employees to map a route for the machines to follow with the press of a button, initiating a routine journey guided by sensors, data and AI.

Walmart’s vice-president of central operations John Crecelius said: “We’re excited to work with Brain Corp in supporting our retail operations and providing our associates with a safe and reliable technology.

“BrainOS is a powerful tool in helping our associates complete repetitive tasks so they can focus on other tasks within role and spend more time serving customers.”

Brain Corp CEO Dr Eugene Izhikevich added: “We are thrilled to partner with Walmart to enhance customer experience at its retail locations.

“We look forward to continuing to work alongside Walmart to help build intelligent, connected stores.”

How do the autonomous robots in supermarkets work?

The technology uses a complex web of AI-powered algorithms based on the functionality of the human mind, and is tied to a cloud-based reporting allowing the machines that use it to harvest data on the go.

BrainOS features computer vision and AI libraries that allow for a sophisticated process of machine learning, allowing the machines using it to quickly develop a set of intelligent system that can adapt to complex and populated environments.

Phil Duffy, vice president of innovation at Brain Corp, said: “The key to AI in robotics relies on two things, the first of which is creating an algorithm for replicating the human brain.

“You’ll see lots of AI systems that use one algorithm to produce a function, but ours is actually made possible by a selection of different algorithms stitched together.

“Our products are informed by these algorithms, which are informed by a process of machine learning, using lots of data to predict the right outcomes in every situation.

“We really are at a much more advanced stage in terms of the use of machine learning and autonomous navigation – our products literally make decisions for themselves.”

Brain Corp is based in San Diego and was founded in 2009.

It has a workforce of 200 and last year secured $114m (£91m) in a funding round led by advisory firm SoftBank’s Vision Fund and the venture capital arm of telecoms equipment provider Qualcomm in July 2017.