Building bioplastic and biofuel – through the power of sunlight 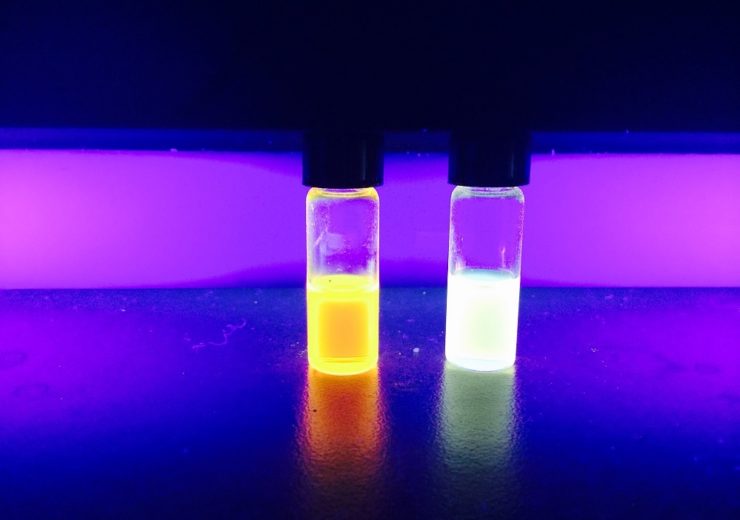 Quantum Dots are being used to turn CO2 gas into plastic (Credit: Wikimedia)

Dr Prashant Nagpal, chemical biological engineer and assistant professor at the University of Colorado, speaks to Thomas Parker about how quantum dots are being used to convert carbon dioxide into bioplastic and biofuel

With global warming and pollution ever-growing issues in public discourse, scientists are looking for more radical ways to tackle them.

From Cambridge University researchers looking into the idea of refreezing the ocean to Harvard University’s concept of “dimming the sun” by reflecting sunlight into space, barely a month goes by without some new ambitious project getting underway.

The sunlight is also the focus for Dr Prashant Nagpal’s team of scientists at the University of Colorado, but this time they’re looking to use the sun’s rays to energise bacteria.

By changing things on a minuscule scale in the nanosphere rather than with a major geoengineering programme, the theory goes that the broader chemical make-up of harmful gases – in this case carbon dioxide – can be ultimately transformed.

Not only does this clean the atmosphere, but the team has already demonstrated how CO2 can be converted into practical, environmentally-friendly uses – bioplastics and biofuels.

“Big coal-fired and gas-fired power plants will produce a massive amount of CO2 every day,” says Dr Nagpal, a chemical biological engineer and assistant professor at the university.

“Even in single family homes, we use and burn gas for heating, but what we do with it in the end is, after we burn the gas, we form CO2 and we just leave it out in the atmosphere.

“What we envision is we could take all of that CO2, at different scales of course, and convert it, rather than just leaving it in the air.

“We could then use sunlight as a source of energy, converting this CO2 into a bioplastic.

Dr Nagpal’s vision stems from his group’s specialism in the field of quantum biology – which involves changing the mechanics of a material on the tiniest of scales – focusing on materials that have tuneable quantum properties.

He explains: “These are nanometre-sized materials. If a quantum dot was a city block, then a pigment of human hair would be the size of planet earth.

“This gives us a unique ability to start manipulating atoms virtually, and take a small cluster of atoms and do interesting chemistry or biochemistry with them.

“Now, any time you are talking about such a small number of atoms, when you start adding or subtracting them, you can change their properties completely, which will change the kind of effect it will have on the biological system.”

By attaching quantum dots to enzymes and putting these in bacteria found in soil, Dr Nagpal’s team have been able to change the chemical make-up of CO2 to convert it into a product – using sunlight to energise the bacteria.

Each quantum dot responds to a different colour from the spectrum projected by the sun, and the energising process changes the physical state of the bacteria – which can then convert CO2.

The conversion of CO2 into plastic can usually only happen at very high temperatures and under high amounts of pressure.

“Take quantum dots that respond to red light. Now I am going to attach these specific red quantum dots to an enzyme that creates ammonia from nitrogen from the air.

“Another blue-coloured quantum dot will attach to another enzyme that can give us biodegradable plastic.

“Then these infrared quantum dots that absorb colour of light that we can’t see would likely give us biodiesel or other products.”

This process, he claims, can convert CO2 into biodegradable plastic that can be consumed by everyday bacteria.

“So the idea is, if you’re in a landfill where bacteria can eat this plastic, in two or three days all of this will be gone.

“It behaves like a regular plastic, and the good thing is if you throw it in the ocean, it will be gone – you don’t have marine life that is affected by it.

“So that’s one bird that you hit with the stone – the second one is removing CO2.

Dr Nagpal envisions that homeowners will be able to convert any CO2 produced in their houses into bioplastics, and be able to sell this on for a small profit.

Using different bacterial enzymes, the team claims that the development of biodiesel – a direct substitute for diesel fuel used in everything from cars to boats – is possible from carbon dioxide.

Theoretically, it could even create environmentally-friendly jet fuel – although there is one issue with this process concerning the volume produced.

Unlike with the amount turned into bioplastic, which can be measured by the kilogram, the process is not yet creating enough biofuel.

Dr Nagpal explains: “Bacteria in the soil is not designed to create fuels. It can create biofuel as one of its products but this synthetic needs to be optimised, starting with synthetic biology.

“By diverting all these resources, the CO2 will be funnelled into creating massive amounts of biofuels.

“It would be a sustainable source functioning as a closed loop system by using sunlight to fix it back into a fuel before you burn it again.

“But that does require optimisation of the bacteria and creating a system that produces litres, if not several hundred gallons, of these fuels – but it could be done.”

Alongside converting the CO2 produced from the burning of gasoline and coal, Dr Nagpal also believes it is theoretically possible to use carbon dioxide in the atmosphere, by bubbling the air to optimise the amount collected.

The next step for the team, provided they receive the right amount of resources, is to optimise the capabilities of the quantum dots.

“It has massive commercial potential,” adds Dr Nagpal, who is also testing a similar process to create medicine that can treat so-called superbugs.

“We’ve created micro-factories to test the effectiveness of the bacteria and they don’t really need much – the input is really just sunlight and CO2, with not much manpower required – so it’s a fairly cheap enterprise.”