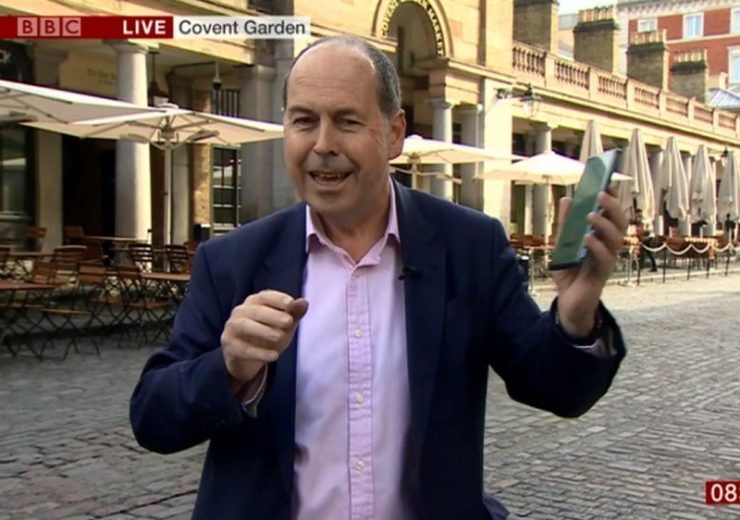 The BBC has become the first broadcaster to beam live TV over the UK’s new public 5G network.

The network, which launched yesterday on mobile telecoms provider EE, was used to send the live recording from Covent Garden – where filming was taking place – to the BBC production studio at Broadcasting House, in west London, for the BBC Breakfast show this morning.

It marked the first time a public 5G network has been used by a production team for a live TV programme and the broadcaster believes it will play an important role in creating and distributing content as the technology becomes more widespread.

Matthew Postgate, chief technology and product officer at the BBC, said: “This is an excellent example of how the BBC experiments with cutting-edge technology to improve how we make programmes.

“This technology is a hugely interesting area for us to explore, with potential to reduce the cost and complexity of outside broadcasts, and as a way of delivering content to audiences in the future.

“The internet will play a bigger role in broadcasting and we’re pioneering the techniques, standards and ways of working to truly take advantage of it.”

How was 5G used by the BBC for live TV?

Until now, live outdoor broadcasts have been sent back to production studios in a variety of ways, including over satellite, Wi-Fi and the UK’s existing 4G network.

However, the video needs to be sent over multiple connections to provide the large capacity required for live TV.

When compared with 4G, technology insight firm ABI Research predicts 5G will decrease connection latency by 1,000%, and enable a 100-times improvement in both traffic capacity and network efficiency.

This means the new generation of connectivity provides several advantages for broadcasters, such as reduced delay.

For this morning’s trial, the BBC attached specialised 5G modems to its news cameras, enabling them to be connected to the new network.

The video was then encoded and compressed, before being sent to Broadcasting House for decompressing and live playout.

The 5G network managed to get through all the data on the sim card provided for the BBC’s trial.

But the broadcast hit a stumbling block when the sim card used for the trial ran out of data.

A similar live segment on the One O’ Clock BBC News programme also ran into issues, which journalist Sarah Walton put down to “patchy coverage”.

Alex Tempest, managing director at BT, which owns EE, said: “We are delighted to demonstrate the power and innovation that 5G can bring to the media and broadcasting industry through our trial with the BBC.

“Whether on the street, in a stadium or on location, 5G provides a new dimension that can deliver the speed, efficiency and reliability that outside broadcasting requires and gives broadcasters the ability to deploy equipment quickly and with ease, without having to worry about the connection.”

Residents in six cities – London, Manchester, Birmingham, Cardiff, Belfast and Edinburgh – will be able to benefit from the faster 5G network, with more cities scheduled to follow.

The mobile telecoms company aims to reach 1,500 sites with the added connectivity by the end of the year.

Only certain mobile handsets are capable of using the new 5G network and contracts start at £54 a month.

The boosted internet speeds meant that fans in the six launch cities were able to watch the performance live in EE stores on VR headsets.

Stormzy said: “Big up EE, thank you for letting me launch your 5G network in the UK. Tonight was sick, I’m honoured to be part of history.”