From eco-apps and VR lessons to AI-powered shops and insect biotech, Ireland has a strong and diverse start-up ecosystem 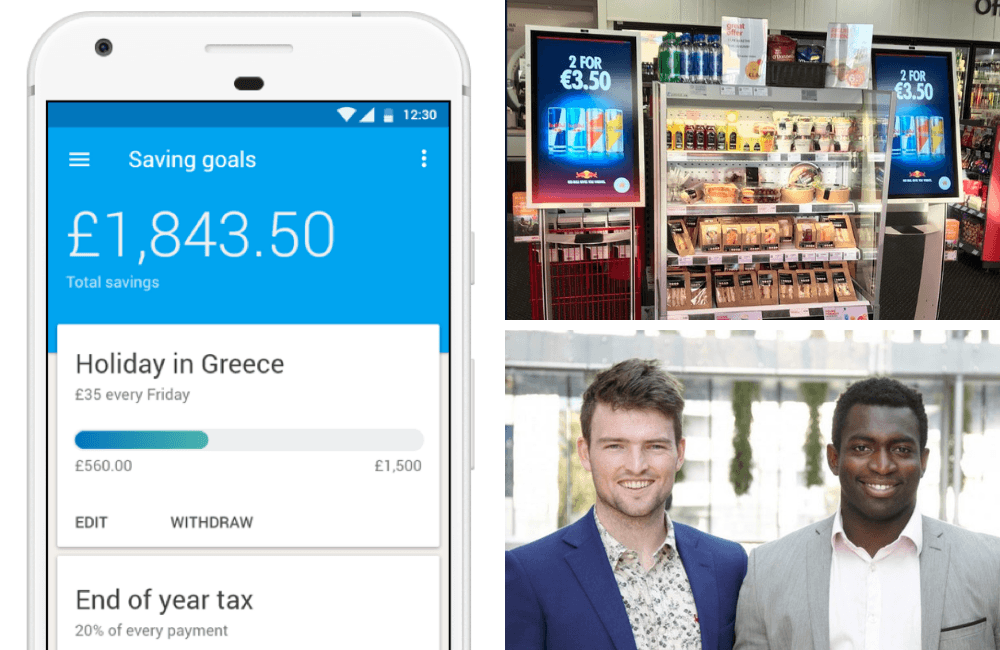 With offices for Google, Apple, Facebook and Microsoft based there, it’s no secret that Ireland is a popular location for businesses – but beyond the tech giants, it’s also a hotspot for start-ups.

The number of tech professionals working in Dublin has earned the city the nickname “Silicon Docks” and many companies are drawn to the Emerald Isle because of the low corporate tax rate and its connection to the Eurozone.

Enterprise Ireland, a government innovation and enterprise organisation, also contributes to the entrepreneurial environment and recently gave €750,000 (£640,000) in early-stage funding to Irish start-ups through its quarterly Competitive Start Fund.

Ahead of St Patrick’s Day this weekend, we profile nine start-ups leading the way in Ireland.

Wicklow-based start-up Fleet is hoping to have the same impact on the car rental market as Airbnb did on holiday lettings.

Founder Maurice Sheehy recognised that many Irish car owners don’t use their vehicles every day.

It inspired him to design the Fleet app, which allows owners to rent out their car on the days it’s not on the road and recoup some of the running costs.

Fleet is one of a number of key players in the emerging car-sharing marketplace, alongside Zipcar, Turo, Virtuo and Drivy.

Co-founded by Hugh Weldon and Ahmad Mu’azzam, Evocco helps environmentally-conscious consumers to track the sustainability of their purchases.

The free app allows users to log their shopping by taking photographs of their receipts.

Evocco will then inform the user of the environmental impact of their spending, giving them an overall rating out of five, and provide tips on how to improve it.

Mr Weldon was recognised by the UN for the ethical app and received the Young Champions of the Earth prize in September 2018.

The VR and AR software company delivers experiential lessons on historical events such as the Apollo 11 moon landing, sinking of the Titanic or the Berlin Blitz.

Founded in Waterford, VR Education has worked alongside the University of Oxford, Royal College of Surgeons and BBC.

Its collaboration with the BBC was nominated for a VR film award at the Venice Film Festival.

Artomatix is combining the worlds of art and AI by automating aspects of 3D rendering used in video games, films and industrial design.

The Dublin-based company’s AI software promises to speed up the production of 3D art by as much as 80% – freeing up time for graphic designers and artists to focus on the more creative aspects of design.

Flipdish is looking to take on the likes of Deliveroo and Uber Eats by creating an online ordering platform for restaurants and takeaways.

Designed for the technophobic restaurateur, the Dublin-based start-up creates apps and websites tailored to individual takeaways, to give businesses more control over their online sales and customer data.

Intouch is another Irish start-up utilising the power of AI to help retailers boost sales and improve customer loyalty.

Several technologies, including facial recognition, AI and machine learning, are used in stores to provide shops with the same insight and information on their customers as they get from e-commerce.

Headquartered in Dublin’s “Digital Docks”, the tech allows retailers to bring their online pricing strategies into the physical world and be more reactive to their customers’ demands.

Biotechnology start-up Hexafly is developing new and sustainable ways of farming insects at its headquarters in County Meath.

Insect protein, oil and chitin is used in a variety of products including fish feed, plant fertiliser, medicines and cosmetics.

CEO and co-founder Alvan Hunt says: “Our aim is to bring an insect farming revolution to the world and find smart ways to feed the planet.”

Digital identity start-up ID-Pal was founded by James O’Toole and Colum Lyons in 2016.

The Dublin-based tech company provides a digital alternative to the usual physical methods of identification, such as driving licences and passports to speed up the process of onboarding for a company’s employees, customers or clients.

ID-Pal uses a combination of facial recognition, biometric analysis and document verification to check a user’s identity – all in the space of three minutes.

Fintech start-up Trezeo was created with freelancers and self-employed workers in mind.

The app provides a more stable source of income by turning irregular commissions and payments into a monthly salary.

The company, which is authorised by the UK’s Financial Conduct Authority, aggregates every source of income and determines an average pay so users will no longer be wondering what their pay cheque will be at the end of the month.