How the rise of workplace applications is changing office life forever

The average workplace uses 140 applications to manage day-to-day operations, contributing to a fundamental shift in the way businesses are run 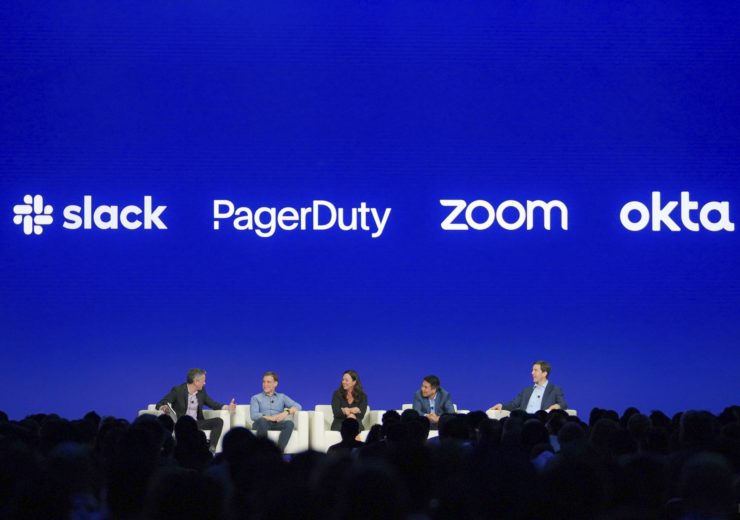 Workplace applications, such as Box, Okta and Slack are changing the way people work

Although many companies have embraced the potential of cloud-based applications, bosses at some of Silicon Valley’s biggest business software firms believe workplaces of the future will become even more reliant on this new form of IT infrastructure. Innovators within the sector gathered at BoxWorks 2019 to discuss the possible impact on both management and workforce.

The role of the IT department is changing and businesses that fail to take heed of how employees carry out their tasks could find they’re left with a workforce that’s broken.

Workers now expect their software to be the same as they use at home, with claims some are refusing to work for companies not employing their apps of choice.

With cloud-based applications making the desktop increasingly obsolete, IT departments can no longer hope to police an unchallenged supremacy over the applications that employees use to carry out daily tasks.

Speaking at BoxWorks 2019, four leading voices in the space look at how such apps will increasingly shape the relationship between workplace and workforce in a process that has only just started.

Okta CEO Todd McKinnon put the situation in stark terms by claiming businesses are less than 5% of the way through the current digital transformation journey.

The identity management firm boss said: “The average company has 140 applications and that figure is growing quickly.

“Many companies have made the switch to the cloud but people forget that it’s still very early — of the $3tn spent on IT, only $200bn of it is on cloud computing.

“We have a lot of potential left to capture collectively and for us to do that we need to take advantage of this innovation.”

The switch from software to applications

Businesses have had to deal with a number of fundamental changes to the way they work over the past decade — particularly in the IT department.

“If you look back 25 years ago every piece of software used at work was on a Windows desktop, and it was provided by IT because there was literally no other way,” says Stuart Butterfield, CEO of workplace messaging app Slack.

“The choice started with the browsers, and now with mobile, iOS and Android, there’s an unlimited surface area for software to reach end users.

“At Slack, we have 1,500 apps in our directory covering every job function, from legal to sales and finance and HR.

“There’s more and more software for finer and finer niches.”

Eric Yuan of video conferencing platform Zoom explains that the proliferation of new software options has impacted the role of the CIO.

“The CIO used to make decisions on their own, regardless of whether the rest of the employees liked it or not,” he says.

“Today, if you make a decision on IT and people don’t like it, they will pay with their own credit cards or spend the department budget on the software and applications they want to use.

“If I worked for a company and my CIO picked up WebX, I’d quit. The decision-making process is now driven by the end user.”

This has helped to create a higher level of expectation from employees, who want their offices to be equipped with the same technologies and apps that they’re used to using at home.

Jennifer Tejada, CEO of Pager Duty, adds: “Your employees are all consumers now when they come into work, so they expect a delightful experience in Slack or Zoom when they’re trying to get their day job done.

“The employees’ expectations are very high and the tooling that they’re supported with in their job is part of the benefit of working at a company.

“We hear from users and employees all the time who say, ‘I won’t work at this company unless they have this particular toolset for me or these applications’.

“That’s very different from even five years ago.”

Apps not the sole solution

The proliferation of workplace apps has created some drawbacks for office workers.

While apps such as Zoom and Slack make working remotely far simpler, Tejada stresses they should not be considered the perfect solution.

“Remote working still has its limits — you can’t have a team that’s spread across six different time zones and expect them to be able to get something done.

“But it is enabling and empowering people who otherwise might not have access to roles in the tech industry.

“We found that remote working apps provided a way to find talent and for talent to find us and feel like they can be part of something interesting at work.

“But there’s a lot of work you still have to do to make it easy for them to get things done.”

Although apps have simplified some aspects of work, the result is that it has also raised expectations of what tasks employees are expected to complete.

Butterfield adds: “If you look 50 years ago, some people were employed to do arithmetic for a living but then computers got so much better at it, the job became obsolete.

“As these advances happen work becomes more demanding, in terms of the intelligence required to complete it and in terms of creativity.

“This means that it’s harder to perform, but also harder to manage, which makes the value of alignment and integration even greater.”

Butterfield also noticed that his employees’ dedication to Slack was putting off new recruits.

“Lots of people who come to our office go away feeling a little bit perturbed by the deathly silence in the office.

“Nobody would talk, even if they were in the same room, because everyone was messaging on Slack.

“But it’s not solely because engineers are introverted people.

“It has a real advantage because it provides a record of what’s going on for people working remotely or for those that return from holiday — there’s huge value in it.

Is Silicon Valley still a trendsetter for workplace solutions?

Every company now has to be a tech company, according to McKinnon.

He says: “One of the things that makes Silicon Valley tick is the willingness to cast off the past and think about a new ways of doing things.

“Combined with that is an ability to iterate quickly.

“Many established brands tend to double down on their successes.

“They have awesome legacies and great brands, but they somehow struggle to break from that a little bit and try something new.”

Although, Silicon Valley tech companies have led the way in several fields, Tejada claims the bay area can be a bit of an echo chamber.

“We need to remember that most of the world is outside of Silicon Valley,” she says.

“We sometimes think that what happens here is the way it should happen everywhere.

“I look at our enterprise customers, who are based all over the world, and they each have varying levels of operational maturity and are being disrupted by different types of start-ups.

“I think we can move faster in terms of how inclusive we are, and how we bring people into that culture more effectively.”

But despite some drawbacks, Yuan believes that his ability to build a tech company in Silicon Valley is a privilege.

He adds: “I feel very fortunate to start a company in Silicon Valley and that’s because of the culture – people here are very willing to try something new.

“If you’re not able to make your idea a success in Silicon Valley it’s really hard to spread to other parts of the world.”