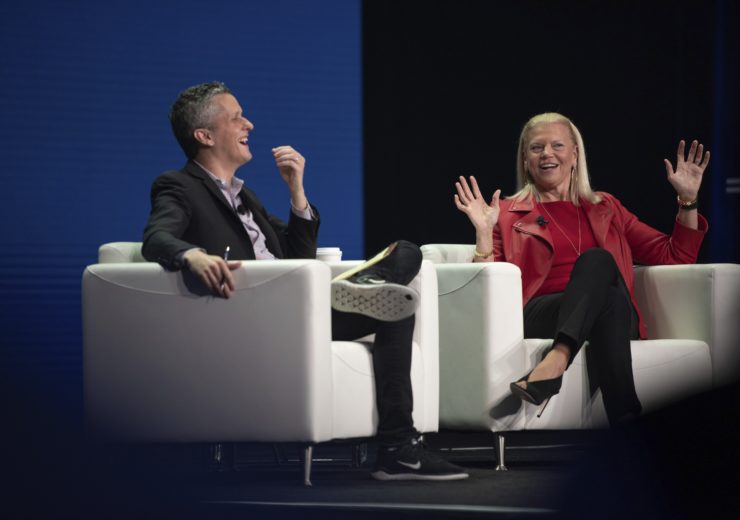 Security breaches putting public data at risk and fears that technology is feeding inequality have led to an urgent call for the digital industry to change the way it works if it hopes to retain the trust of both workforce and consumer.

IBM CEO Ginni Rometty claims the issue of trust could become the defining issue of our era, with a pressing need to prepare populations to live in the digital era and prevent technological exclusion.

Speaking at the BoxWorks 2019 conference in San Francisco, the business leader called on companies to work to a set of principles and help bridge the digital divide between all communities.

Rometty said: “Trust is the defining issue of our time and people want to know there’s a good way forward.

“It would help if we all stood up for something. If we don’t prepare people to live in this digital age, this is not going to be an inclusive era.”

Despite working for one of the biggest tech companies in the world, IBM CEO Rometty believes the digital revolution has helped to create a sense of disenfranchisement for workers, which has contributed to an undercurrent of political upheaval moving across the world.

“All of this new technology is great, but if people don’t have a better job they’ll begin to ask whether they are benefitting from these advances,” she said.

“It’s one of the reasons behind Brexit and I see similar things happening in every country I go to.

“You also see a divide in the United States — all the riches cannot continue to just go to the West and East coasts.

“In this era of trust, it’s our job to get people prepared and, as a builder of technology, you need to also bring it safely into this world.”

How IBM is helping to equip workers for the digital age

One of the ways that IBM is working to prepare the next generation of digital workers is through its P-Tech public high schools.

The computing firm has worked alongside 500 companies to create 200 specialist schools focussing on training students in STEM subjects and skills that can be applied to roles in “new collar” jobs.

Rometty says the P-Tech schools are based on the idea that the next generation of employees don’t need to have a four-year degree to achieve a successful career in this digital era.

She explained: “Our idea is that anyone can get a really great paying job in cloud computing, cyber security or data without having to have a degree — it only depends on people’s propensity to learn.”

Students are graduating at 400-times the rate of those studying at Community Colleges in the US, and Rometty has made an effort to provide jobs for those who successfully complete courses.

P-Tech graduates currently represent 15% of IBM’s recruitment in the US.

Rometty claimed that another of the reasons IBM has been around for 108 years is that customers have trust that the technology giant is going to handle their data and information with care.

“It’s always been at the heart of what we do — we never put back doors into our technology and never give access to governments,” she added.

Although Rometty claims that the company has always operated by this mantra, she took the decision to write down the company policies on trust and transparency six years ago.

“Once they are written down, it means you have to audit yourself against everything you do and keep doing it, because it’s easy to veer away from your first intentions,” she added.

IBM’s three principles are that the purpose of technology is to augment what mankind does, data belongs to its owner, as do its insights and is not to be used without their permission, and technologies must be explainable — or they will never be trusted.

The IBM CEO encouraged other companies to follow by setting out their own operating principles in writing.

However, she believes the issue of data privacy should be addressed on the national scale rather than varying from business to business and state to state.

Rometty said: “There should be consistent privacy laws in the US — even Europe managed to get consistent regulation across all countries.

“I am optimistic other countries are moving towards universal data privacy and I think that, at the last minute, the US will get there too.”