Intrapreneurship in corporations: How adopting new workplace concept could create next Gmail

“Intrapreneurship is acting like an entrepreneur inside a company” 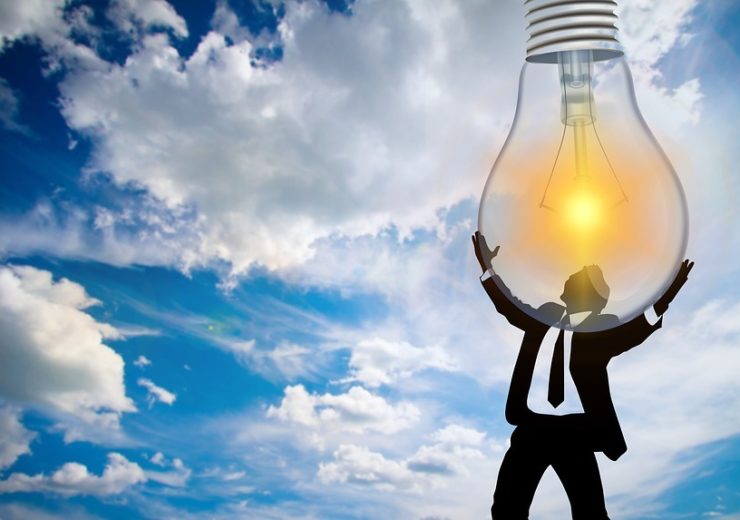 As head of intrapreneurship at Barclays Ventures, Tim Heard helps to turn the entrepreneurial spirit of the bank’s employees into new business opportunities. He speaks to the Not Yet CEO podcast about why it’s an important part of a modern-day corporate.

For decades, multi-coloured sticky notes have been an office desk staple, a useful resource for scribbling down phone numbers and reminders.

But their invention in 1968 was an accident – a failed experiment by a scientist at manufacturer 3M attempting to create a super-strong glue led to him conjuring up a reusable, pressure-sensitive adhesive.

The yellow Post-it note has become one of the conglomerate’s biggest success stories – more than 50 billion are produced every year – and perhaps demonstrates what could be achieved if the spirit of intrapreneurship was adopted in corporates.

Although Dr Spencer Silver’s example goes back half a century, intrapreneurship is a relatively recent concept in which employees are empowered and motivated to seek new business opportunities within a large organisation that could eventually be spun out into something bigger.

What is corporate intrapreneurship?

“Intrapreneurship is acting like an entrepreneur inside a company,” says Tim Heard, co-founder and managing director of the Circle of Intrapreneurs – the world’s largest network of social intrapreneurs with more than 6,000 members from 100 countries.

“It’s basically about giving people a ‘see something, do something’ mindset.

“This is where if you’re in a company and see something that could be done better and you have what I call this ‘genesis’ moment, which is when you create a solution to something – and then feel empowered to deliver it.”

Heard has brought this new way of working into his day job at UK bank Barclays, where he has risen from its graduate scheme to become head of intrapreneurship at Barclays Ventures – which develops new business lines within an organisation that has 80,000 employees.

He admits his mum still doesn’t know what he does for a living but believes his role serves an important link of the innovation chain.

Speaking in the Not Yet CEO podcast hosted by Sal Mohammed, founder of consultancy model disruptor QTA, Heard explains: “My job is to help Barclays support its employees to become entrepreneurial.

“That means building structures, such as for new product approval, which give people the time to work on things they care about.

“I also train people on how to build a business case, how to do market research from your desk, how to build social capital internally and how to pitch effectively.

“So my role is help people to deliver things which, at the start of the journey, people didn’t think were possible.”

Benefits of intrapreneurship in a corporate environment

A brief flick-through the back stories of many unicorns will highlight how their founders left a corporation to launch a successful start-up.

John Zimmer was an analyst at Lehman Brothers when he teamed up with Logan Green in 2007 to establish Zimride, a peer-to-peer ride matching programme that eventually evolved into Lyft – Uber’s main ride-hailing platform in North America that recently completed an IPO with a $24.3bn valuation.

Meanwhile, Pinterest, the visual discovery engine with a market cap of $15.8bn, was co-founded by ex-Googler Ben Silbermann after he left the company’s online advertising team to design his own apps.

Working at some of the world’s biggest corporations isn’t always conducive to entrepreneurial ambitions but the success of Google’s Gmail, G Suite and Waymo innovations – and the formation of Amazon Web Services to standardise and automate Amazon’s retail computing infrastructure – suggests there is a case for encouraging employees to create new business lines.

Some ideas formulated within a large organisation have even spun out into separate entities, with Barclays’ banking rival RBS recently launching the digital bank Bó in reaction to a spate of online challengers like Monzo, Revolut, N26 and Starling.

“[Spinning out] is one option of intrapreneurship and my favourite,” says Heard.

“Historically, what you’ve found in companies is that if someone came up with a new idea and it didn’t necessarily fit with the business model, then it would be killed.

“But I think if it’s about to make revenue, it should be progressed and explored further. If that means spinning out and the parent company taking equity, that’s totally fine.

“You’ve seen major unicorns that have been established by individuals who conceived the idea when they were working for a corporate.

“My working hypothesis is if you make an attractive enough programme, then those individuals will perfectly be happy to let their parent company take some equity in return for not having to have those three months where they’re living in their mum’s basement.

“A lot of people, certainly in our generation, want to be entrepreneurs but we just don’t like that pain of living off ramen noodles for months.”

How to promote corporate intrapreneurship

While the idea of being able to work on creating the next Gmail might sound great, it’s perhaps a little idealistic to expect an employer to just agree to let staff spend 20% of their time on a side project rather than the job they’re paid to do.

That’s why Heard believes it’s crucial for employees to get managers on board with intrapreneurship from the very beginning.

“In theory, intrapreneurship sounds like a panacea,” he says. “This beautiful world of rainbows and unicorns where everyone is happy because you get to work on things that you care about.

“But it’s really bloody hard to be an intrapreneur and that’s because people don’t get it across all levels of an organisation.

“It’s a different way of working and you always see resistance to new ways of working, be it agile or design thinking.”

He has some key advice to anyone aspiring to be an intrapreneur.

“First of all, they have to bring their management along the journey with them,” he says.

“Don’t sit on an idea and then six months later, say, ‘Oh, by the way I need to go to this pitch day in London’ – at which point they’re going to say, ‘What are you working on? What am I paying you for?’ How have you been finding the time to do this? I don’t like it’.

“Bring people into the journey early on so they feel ownership of it too – it’s good intrapreneuring to carefully calculate the social interactions and social capital you’re going to need to build something.

“That’s the bit people miss because you can have a great product but if you don’t have a person behind it enabled to deliver it, then it’ll never deliver – and that’s where the nuanced version of intrapreneurship comes in that I teach to influence people effectively.”

It’s also useful for individuals to understand the real business case for companies to invest in them.

Heard claims he recently read a statistic that said 75% of entrepreneurs left companies because they weren’t able to express their entrepreneurial genes – but 75% of corporates also believed they have an entrepreneurial culture.

“So lo and behold, what do you do? You let people be entrepreneurial in the company through intrapreneurship and there’s a massive business case for that if you look at it from a talent perspective.

“If you look at it from a product and innovation perspective, it’s basic maths. About 20 years ago, loads of companies said, ‘Wouldn’t it be cool if we had an innovation competition? Our employees can come up with the ideas but then we’ll take it off them and give to our innovation team to deliver’.

“But actually, that’s pretty disappointing for the employee but also, the maths isn’t in your favour because you’re still pretty limited by the size of your innovation team.

“So why not say ‘You come up with a good idea and now we’re going to come in and train you how to deliver it’.

“Rather than have 100 people in innovation, you have 100,000 – the whole company – and that’s the power of intrapreneurship.”

To hear Heard talk further about intrapreneurship in corporations and listen to other episodes of the Not Yet CEO podcast series, click here.