From internet balloons to energy kites, Alphabet's secretive X laboratory is working on some of the wackiest and most innovative ideas in the world today 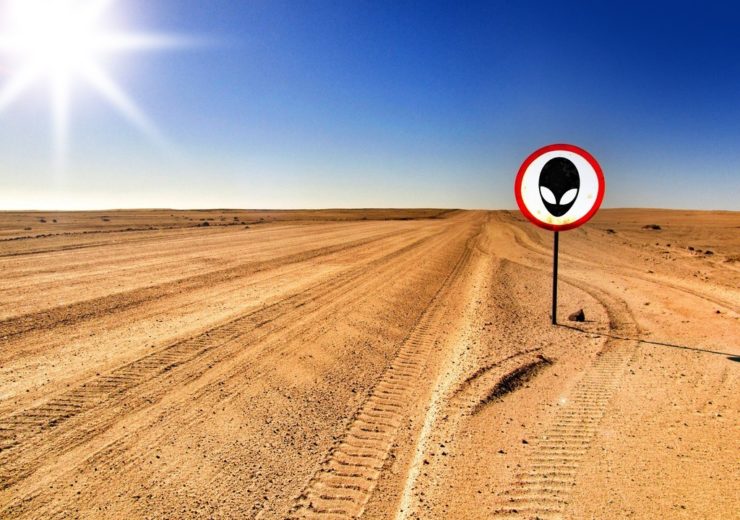 For anyone who wonders about the goings-on at Area 51 or whether there’s a secret lab somewhere in the world piecing together the mysteries of existence, the Google X workshop is probably as close to the genuine article as things can get.

What is Google X and its Moonshot Factory?

Founded in 2010, the research and development facility is operated by X Development LLC, a subsidiary of Google’s parent Alphabet, and is located about a mile and a half away from the US conglomerate’s headquarters in Mountain View, California.

The work carried out there by various entrepreneurs and scientists is overseen by Astro Teller, CEO and “captain of moonshots” – otherwise known as audacious ideas worth pursuing, from driverless cars to energy-harnessing kites.

He writes on the X website: “An X project must solve a problem that affects millions or billions of people; it has to have an audacious, sci-fi sounding technology; and there has to be at least a glimmer of hope that it’s actually achievable in the next five to ten years.

“Over the years, we’ve gotten better at finding and developing moonshots that satisfy these criteria, and we’ve learned a lot along the way – what makes this really difficult is that innovation is a delicate thing.

“You can’t over-process it; you have to respect weird creativity and serendipitous discovery – but if someday you’re going to harvest the fruits of that innovation in the form of revenue and profits, you need to find just the right amount of structure.

“That’s why we’re trying to build X into a ‘moonshot factory’.

Not all X projects make it into the public eye, but the ones that do are classified as “graduated” – and several have become pioneering forces in their industries, such as the Waymo autonomous car.

Here we profile some of the most ambitious moonshots that made it out of the lab.

The problem Project Loon seeks to address is that 50% of people in the world don’t have access to the internet, according to the International Telecommunications Union.

Instead of trying to extend the internet from the ground, the idea is to use a network of balloons, travelling along the edge of space, to fill gaps in coverage and improve connectivity in the event of disasters.

The balloons are made from polyethylene – an extremely common plastic found in everything from shopping bags to children’s toys – and can survive for more than 100 days in the sky where the temperature ranges from -90°C to 150°C.

They are powered by attached solar panels, which connect to a battery that keeps them moving over night.

X’s telecommunications partner on the ground transmits a high-speed internet signal to the nearest balloon’s transceiver, which then relays the signals across the entire balloon network and back down to users who are can then access the internet via their phones or the internet-enabled devices.

Wind power has the potential to meet 100-times the world’s total energy demand, but currently accounts for just 4% of its electricity, according to the Wind Energy Council.

This is partly because in many coastal areas, where winds are powerful and consistent, the water is too deep for conventional wind energy technology, such as offshore turbines.

Experimental wind power tech firm Makani Power, which was acquired by Alphabet and inducted into X six years ago, believes it has the answer in the form of kites than can use the wind to generate electricity.

The kites are fitted with rotors that spin when force is applied by the wind, which creates electricity using magnet generators.

Their frames can withstand loads of up to 15 Gs, and are equipped with on-board computers that autonomously guide the kites’ path, using data from GPS sensors.

Makani has now graduated from the X factory and is partnering with oil and gas giant Shell to bring its service to various offshore environments.

Dating back to 2012, X has invested in multiple initiatives aiming to improve the treatment of disease, using everything from machine learning to wearable devices.

This collection of investments eventually became Verily Life Sciences and graduated from X in 2015 with several technological innovations.

One such idea is using miniaturised electronics (small chips and sensors the size of glitter) to develop smart contact lenses that allow for more accurate tracking of health problems in the human eye.

Another is Liftware, a range of assistive technology devices for eating, which help people with limited hand or arm mobility.

They use sensors that can detect when the hand is moving.

A tiny on-board computer then keeps the utensil and food in line and on course, regardless of any movement from the user’s hand or arm.

According to the Environmental Protection Agency, 27% of greenhouse gas emissions in the US come from transportation.

One of X’s graduated projects, Project Wing, is designed to solve the problem by using autonomous delivery drones to provide another method of delivery for goods, therefore reducing traffic congestion in cities and reducing CO2 emissions.

The drones feature a light, energy-efficiency design that lets them fly at speeds of up to 120 km/h, using a zero-carbon power system.

They can fly up to 400 ft above ground level and are able to deliver packages right to the customer’s doorstep.

The Project Wing initiative is also overseeing the development of an unmanned traffic management platform, which aims to help unmanned aircraft better navigate their way around obstacles like trees, buildings and power lines.

Stats from the National Highway Traffic Safety Administration suggest 94% of the 1.25 million annual deaths caused by car accidents are the result of human error.

It was with this in mind that X began work on the driverless car project Waymo, which graduated from the workshop in 2016 and has gone on to become one of the pioneering forces in the autonomous vehicle space.

Waymo cars use LiDAR radars and cameras to detect objects and obstacles in the environment around them, along with various systems for computing, steering and braking, and an onboard computer built specifically for self-driving.

In April 2017, a limited trial of Waymo self-driving taxis was launched in Phoenix, Arizona, before the Waymo One was released officially as a service for people in the area who can request the vehicles via an app.