What the Toyota-Suzuki alliance says about the global car industry 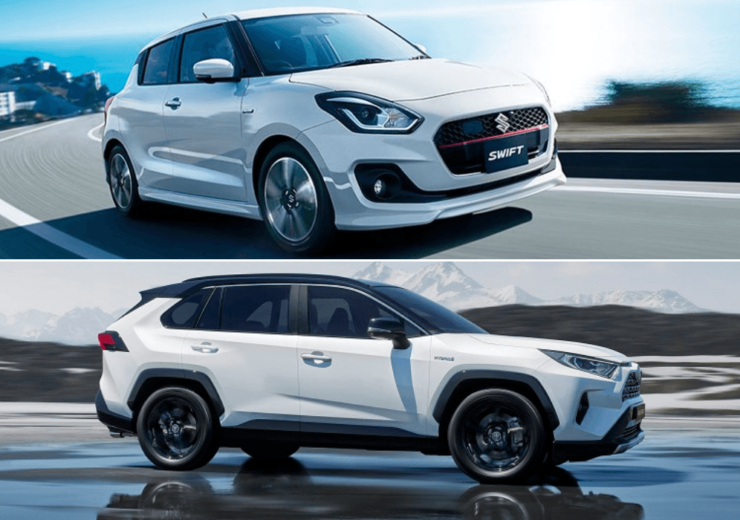 A potential alliance between Toyota and Suzuki has been brought about by “pressures” in the automotive industry, says an analyst.

The Japanese car manufacturing giants announced plans today (28 July) to buy a financial stake in each other’s operations as part of a bid to work more collaboratively.

David Leggett, automotive editor at data and analytics company GlobalData, believes the deal – which needs to be approved by foreign competition authorities – would offer a low-risk option in cutting costs without the increased scrutiny that would follow a full merger.

He said: “Industrial pressures and the need to control costs – especially in developing expensive advanced technologies – are driving automotive companies to consider collaborating.

“Selective collaborations between companies are a relatively low-risk and manageable way to achieve synergistic benefits without the political turmoil that can come with proposed mergers and acquisitions.”

Details of the Toyota and Suzuki alliance

The companies, which began discussing a business partnership three years ago, confirmed the first details of a wide-ranging collaboration in March this year.

It will involve Toyota manufacturing Suzuki-branded hybrid vehicles based on its RAV4 and Corolla models for the European market.

Suzuki, meanwhile, would buy half the number of shares in Toyota for JPY48bn ($453bn).

The difference in investment reflects a disparity in the size of each operation.

In 2018, Toyota became the first Japanese company to record an annual turnover of JPY30tn ($283bn), while Suzuki’s revenue was just under JPY4tn ($37bn).

In a statement, Toyota said: “The two companies intend to achieve sustainable growth, by overcoming new challenges surrounding the automobile sector by building and deepening co-operative relationships in new fields while continuing to be competitors, in addition to strengthening the technologies and products in which each company specialises and their existing business foundations.

“Specifically, to take up challenges together in this transitional era, the two companies plan to establish and promote a long-term partnership between themselves, for promoting collaboration in new fields, including the field of autonomous driving.”

While the companies want to help each other “grow in new fields”, they insisted they would “continue to fairly and freely compete against each other”.

How Toyota and Suzuki stand to benefit from alliance

Mr Leggett said: the industrial and competitive backdrop to the alliance was “compelling”.

“Automotive companies have to invest huge sums in developing new technologies such as electrified powertrains, automated driving systems and connected services,” he added.

“In this case, Suzuki lacks the size and resources to go it alone but in working with Toyota it can benefit from Toyota’s strength and scale in electrification technologies.

“Toyota gets the benefit of Suzuki’s strong presence in compact vehicle segments and technologies. It is also market leader in India, a key emerging market for the 2020s.

“The two companies have already announced the cross-supply of selected vehicles, technologies and powertrains in Europe and India to lower costs and raise capacity utilisation at manufacturing plants. They are moving forward with their alliance.

“The shareholding announcement serves to cement the deepening relationship between the two companies.”