A number of global automakers, including Volkswagen and Toyota, have poured billions of dollars into driverless car technology over the past 12 months 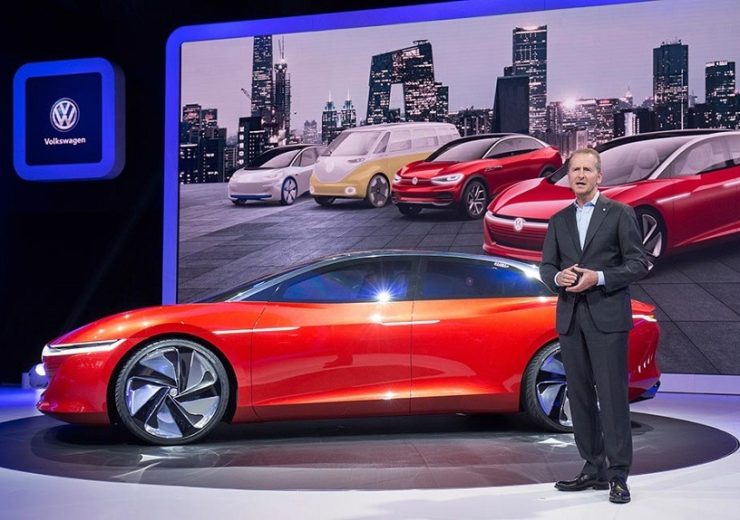 Volkswagen CEO Herbert Diess - the automaker has invested more into autonomous vehicle technology than any other company (Credit: Volkswagen)

Multiple investments in driverless cars over the past year have resulted in the total funding for the technology topping $100bn (£76bn) – as the public eagerly awaits what is set to be a transformative innovation.

A study by car leasing firm Leasing Options found 62.6% of people would trust a driverless car made by an automaker over one by a tech or taxi company, and the signs suggest it’s the former that will win the race for commercialisation.

German automotive giant Volkswagen boasts the largest driverless vehicle investment portfolio of any company, having poured $54.2bn (£41bn) into the technology, putting it well ahead of second-placed Samsung, which has spent $8bn (£6bn) to date.

A host of Japanese automakers, including Honda and Toyota, have also put up large sums of money to see driverless technology through to fruition, while ride-hailing app Uber is looking to deploy self-driving systems in its vast fleet as soon as 2021.

We take a closer look at five of the biggest investments in autonomous vehicle technology over the past 12 months.

Volkswagen announced in November 2018 it would be spending $50bn (£38bn) on electric, connected and self-driving cars through to 2023, representing a $10bn (£7.5bn) rise over its plans from the previous year.

It is currently in the midst of converting several car plants across Germany in towns and cities such as Zwickau, Emden and Hanover to meet that purpose.

The move has been hailed as the most drastic development from the company since its emissions scandal in 2015.

Both firms are working to create driverless technology that could be used in Toyota-built cars, which would be deployed throughout Uber’s vast ride-sharing network by 2021.

Toyota’s executive vice-president Shigeki Tomoyama said: “This agreement and investment marks an important milestone in our transformation to a mobility company as we help provide a path for safe and secure expansion of mobility services like ride-sharing that includes Toyota vehicles and technologies.”

Uber’s chief executive Dara Khosrowshahi added: “Our goal is to deploy the world’s safest self-driving cars on the Uber network and this agreement is another significant step towards making that a reality.

The funding, to come from Softbank’s investment arm Vision Fund, is to be followed up by General Motors, which plans to invest a further $1.1bn (£830m) in its subsidiary.

SoftBank is also reportedly near to closing a deal, in which it would invest $1bn (£760m) in Uber’s self-driving car business alongside Toyota.

Analysts have suggested the investment would go a long way to seeing Uber become a listed company later this year.

Another Japanese automaker, Honda, announced in October last year it will invest $2.75bn (£2.1bn) in General Motors subsidiary Cruise Automation over the next 12 years.

The funding brings Cruise’s total value to almost $15bn (£11.3bn), and will go towards helping the company develop its driverless cars, said to feature no steering wheel or pedals, for commercial use sometime this year.

It said in a statement: “We’ve been quietly prototyping a ground-breaking new vehicle over the past two years that is fully released from the constraints of having a driver behind the wheel.

“Building a new vehicle that has an incredible user experience, optimal operational parameters, and efficient use of space is the ultimate engineering challenge.

“We’re going to do this right, and by joining forces with Honda we’ve found the perfect partner to help make it happen.”

The venture, which has a dedicated team of 70, will initially enable the roll-out of on-demand mobility services such as corporate shuttles.

By the late 2020s, it plants to commercialise its autonomous vehicle technology in conjunction with e-Palette, Toyota’s electric vehicle.

The name “MONET” is a play on the words “mobility network”.