With hundreds of years of legacy processes between them, Harrods and Bacardi have chosen cloud computing as the tool to update the way they handle data 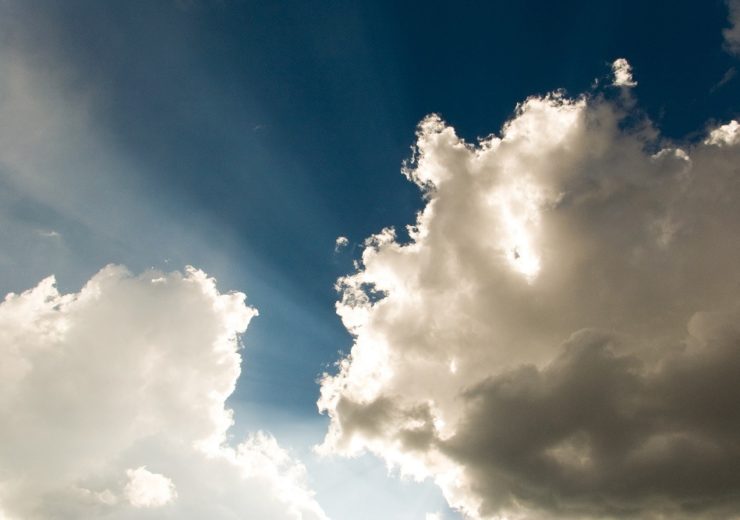 At technology giant SAP’s TechEd conference in Barcelona this week, IT managers from two of the world’s most recognisable brands — Harrods and Bacardi — shared their experiences of the benefits and challenges presented by transitioning their routine data processes to the cloud.

As global markets become increasingly data driven, organisations of all shapes and sizes are faced with the prospect of adapting their IT processes to keep up with the rapid pace of change.

Customer expectations, traditional business channels and regulatory requirements are among the factors undergoing profound transformation, and data management has become a key driver of boardroom decision-making as firms scramble to evolve in the digital environment.

For many legacy brands, which have developed sound and successful propositions over number of decades, the scale of change required is particularly significant.

While their products, services and heritage may provide some shelter from the prevailing winds of digital transformation, brand loyalty can only take them so far – and there are many examples of tech-driven disruptors taking advantage of more established rivals’ lack of digital agility.

Firms risk losing out if they are not able to compete with these young upstarts, and at the heart of the transformation process lies data — and the ways in which it is handled.

Moving legacy IT infrastructure – usually based on-premise and consisting of numerous individual processes for different functions of the business – to a cloud-based system is considered one of the most effective ways to become better-armed on the digital battlefield.

Speaking this week at the SAP TechEd event in Barcelona, IT representatives from two companies carrying a wealth of legacy shared their experiences of shifting to the cloud as they seek to move beyond heritage and future-proof their brands.

How Harrods is using the cloud to improve its data management

The iconic London department store has been serving customers with luxury goods since the 1800s, and it is safe to say that it has built up significant reserves of brand loyalty among its clientele.

Yet, even such a strong brand as Harrods — which is based largely upon a sense of history and tradition — needs to change with the times.

Harrods head of systems integration Damien O’Dowd gave some insight into the store’s transformation of its data habits to meet the needs of the modern environment.

He said: “Harrods is a 24/7 operation. We have customers worldwide like in the Middle East, China and the US, so we’ve had very little scope to take the system down for routine maintenance.

“We are the largest department store in Europe, with 330 divisions within the store.

“Annual revenue is around £2bn — and around 65 million people interact with the brand globally, either in-store, online or at our boutiques.

“Many of the processes going through our system are business critical — like customer IDs on the web platform during checkout.

“Any disruption to these services impacts the customer journey, and as a result that impacts revenue.”

Given the size and reputation of Harrods’ global operation, and customer demand for round the clock service, the robustness of its IT infrastructure has inevitably fallen under increased scrutiny in recent years at board level.

O’Dowd added: “At the end of 2018 there was an initiative within Harrods to look at our existing IT platform, and we had two choices — either build out the in-house, on-premise technology to be more resilient, or take the plunge and move to a cloud-based system.

“A cloud platform has allowed us to simplify through standardisation — and gave us an opportunity to readdress some of the existing design pain points we had in out landscape.

“It’s a new way of thinking for us.

“We also wanted to follow industry trends and design standards — particularly in our integration with third-party partners.

“In the eight months since we started this journey we’ve developed a lot, and taken a lot of satisfaction because this was quite a major decision within Harrods.

“It was seen as high risk but I think we are now seeing a lot of the benefit from making that decision, in terms of resilience, scalability and other features.

“We interact with a lot of brands which communicate with us on a daily basis, and the intention is to provide them with a standard set of services to use to do that.”

Bacardi is facing the ‘digital challenge’ through cloud-based data analytics

With more than 50 years of history in the beverages industry, the Bacardi brand has been distilled into a highly recognisable household name.

However, it has only recently put in motion a plan to really modernise its IT infrastructure by migrating to the cloud.

It is the largest privately-held spirits company in the world, and now has a portfolio spanning more than 200 distinct brands across 170 geographical markets.

All this means there is a lot of data flowing in and out of the organisation which needs to be effectively managed as well as analysed to create insights for the company and value for the customer.

Bacardi’s manager of IT services integration Sergio Morales Ortigosa discussed how cloud migration has helped the firm to become better equipped for the challenge of dealing with this situation.

He said: “In 2016, the digital world started to appear around the table at our company — but there was nothing serious in terms of business strategy.

“Then one year ago, finally we found in our business strategy the digital challenge — we wanted to improve the experience of our customers.

“But in the end, what we want to achieve is a disruptive result but without being so disruptive internally.”

One of the big challenges for his team in this transition to the cloud has been getting used to the speed at which things can change, and projects and processes can become outdated.

He said: “We are used to scenarios which will remain alive for five, six, seven years with some improvements and enhancements — but when you go to a digital world you can face products that have a life cycle of two or three months and then die.

“So we need to deliver more developments, faster. We have to be more adaptive.”

Ortigosa also touched on some areas where a cloud-based IT system will help Bacardi to streamline its operations, allowing it to focus on the core areas of the business.

Given its presence in a large number of different markets worldwide, Bacardi is inevitably confronted by a range of regulatory requirements — and being able to adapt more easily to the particular requirements of different geographies is one of the benefits of real-time cloud computing.

Ortigosa said: “We are not interested in spending time and money integrating with, say, the government — it’s a nightmare.

“It’s not our strategy, but we have to do it. We want to be focused on our own things. Cloud integration allows us to do this very quickly.”

And for an organisation with a far-reaching social media presence, across multiple brands, moving to the cloud will also help in this respect.

Ortigosa added: “We are quite exposed as a company to social media. Our idea using the SAP cloud platform is to connect with Twitter but with different instances — one for each brand.

“Because at the end of the day, each of these guys from analytics are interested in capturing the same kind of data.

“You need to empower everyone in your company to influence the integration strategy — otherwise we are not going to achieve one common understanding.”