What is Healthy.io? The smartphone app that can perform a urine test at home

Healthy.io has been granted FDA clearance and raised $78m in investment to date 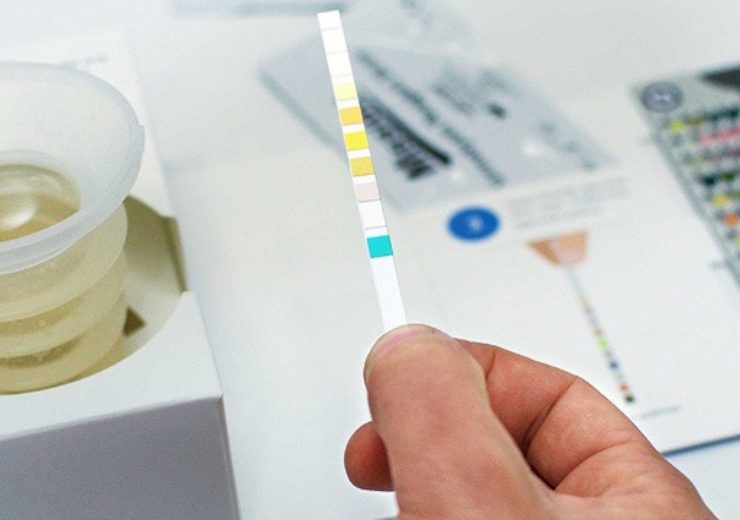 From catching Pokemon on the streets to scanning your new friend’s QR code on Snapchat, smartphone cameras have stretched far beyond the realms of taking a photograph.

While these recreational uses may be more well-known to the average owner, Healthy.io has come up with a more innovative – and helpful – way of using mobile phones by creating an app that helps people take a urine test at home.

The Israeli healthcare equipment start-up’s software can diagnose whether someone has a chronic kidney disease by using computer imaging technology to analyse a dip stick and colour-coded slide.

Healthy.io received 510(k) clearance from the US Food and Drug Administration agency (FDA) last week for its smartphone-based ACR test, granting it permission to put the product on the market.

The ACR test is primarily used for diagnosing chronic kidney disease, which affects 35 million people in the US alone.

Healthy.io also recently secured a $60m Series C funding round, which it will use to accelerate global expansion and product development.

The investment appears to back up founder and CEO Yonatan Adiri’s assertion that “the smartphone has the potential to be the great equaliser of healthcare”.

We take a look at Healthy.io’s story so far and how it won funding.

How are urine tests analysed?

ACR tests assess the albumin to creatinine ratio in a urine sample to detect kidney disease in sufferers of diabetes and hypertension.

According to the Association for Clinical Biochemistry and Laboratory Medicine’s website Lab Tests Online, when the kidneys are working properly, only tiny amounts of albumin – a protein present in the blood – pass from the bloodstream into the urine.

In kidney failure – the last stage of a slow process of decline in kidney function – large amounts of protein leak into the urine.

Patients diagnosed with diabetes or hypertension are advised to take the ACR test annually.

What is Healthy.io and what does it do?

Healthy.io, founded in 2013 and based in the growing Tel Aviv tech hub, claims its product is built around, and incorporates, the established urinalysis dipstick – a plastic strip treated with chemicals that changes colour when dipped in a urine sample.

A colour-coded slide, which the company sells alongside the dip stick in its Dip.io kit – is then analysed by the app using artificial intelligence and machine learning to perform medical tests in the cloud.

These can detect a range of infections, chronic illnesses and pregnancy-related conditions.

“However, our computer vision algorithms and unique calibration method make accurate testing as easy as taking a selfie.

“Our app integrates seamlessly into the clinical process. It guides the user through the testing process step-by-step, and automatically sends the results to the patient’s electronic medical record for clinical follow-up.

“By giving people the same test in any location without a compromise in quality, Healthy.io is able to increase patient compliance and satisfaction, improve health outcomes, close gaps in care, and reduce total costs for payers and at-risk providers.”

As well as its at-home capability, the test makes it possible for any pharmacy, urgent care centre, or health clinic to perform the test for chronic kidney disease without investing in a tabletop lab device.

In 2018, the company received FDA clearance for using Dip.io to test for urinary tract infections (UTIs) or conditions arising from prenatal care. It also has CE approval from the European Union.

The kit has been used by tens of thousands of patients using a range of smartphones since its inception in Israel and Europe.

The company recently announced a partnership with UK pharmacy Boots, placing its dip UTI test kits in hundreds of pharmacies, allowing women to test and treat common UTIs, and announced a new pharmacy evaluation with the National Health Service (NHS) in England.

The recent $60m funding round was led by Corner Ventures and featured participation from Joy Capital and all previous investors – Ansonia Holdings, Aleph, and Samsung NEXT.

Healthy.io, which has now raised a total of $78m to date, plans to use the investment to continue the approval process for its at-home ACR test kit.

CEO Adiri said: “Our second FDA clearance and additional funding allows us to expand access to critical tests and care beyond our first 100,000 patients in Europe and Israel, making it a reality for millions of Americans suffering from diabetes and hypertension, who are at risk for chronic kidney disease.”

Additionally, the company announced that Dr Gary Loveman, a healthcare industry innovator who was formerly executive vice-president of health insurer Aetna, will join its board of directors.

Loveman said: “With this FDA clearance, Healthy.io adds a critical test to its portfolio in the US, which can make ACR testing dramatically more accessible and convenient, leading to a big difference in the management of at-risk populations.”

He will advise the company’s work in the US, where one in three adults are said to be at risk of chronic kidney disease.